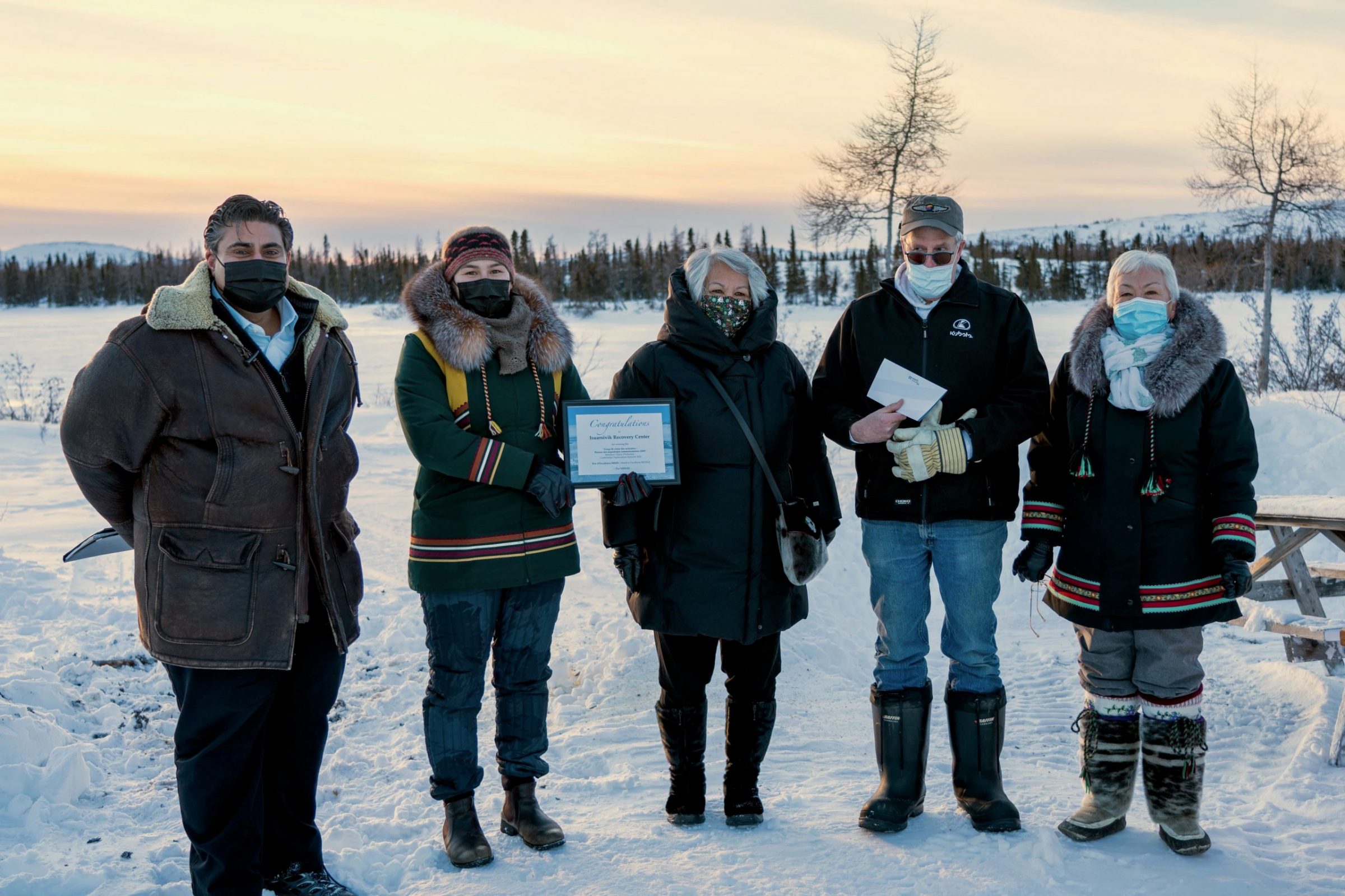 The Isuarsivik Regional Recovery Centre in Kuujjuaq has won an award of excellence from Quebec’s Ministry of Health and Social Services.

The centre is a non-profit organization and receives funding from the Nunavik Regional Board of Health and Social Services. It focuses on rehabilitation and recovery for patients in northern Quebec struggling with substance abuse and addiction.

It was awarded the Minister’s Choice Distinction award on Dec. 10 for its work using Inuit values and practices to promote healing in communities.

“This has been a humbling and exciting experience,” Aragutak said.

“To be acknowledged from the outside is definitely gonna give you the feeling of, ‘Alright, we’re at a good pace, we’re doing good.'”

A small ceremony was held in Kuujjuaq on Dec. 10 to celebrate the win.

Aragutak said this marks the first time a Nunavik organization has won the award, and called it a boost to the team’s self-esteem.

“They do really hard work, and this is really heavy work,” she said.

The Isuarsivik Regional Recovery Centre was founded in 1994. The award of distinction comes as the organization is in the midst of building a new facility, set to be completed in fall 2022.

Aragutak said the expanded space will more than double the centre’s capacity in a new 22-bed facility that will offer a family-focused and a pregnant women recovery program in addition to its other services.