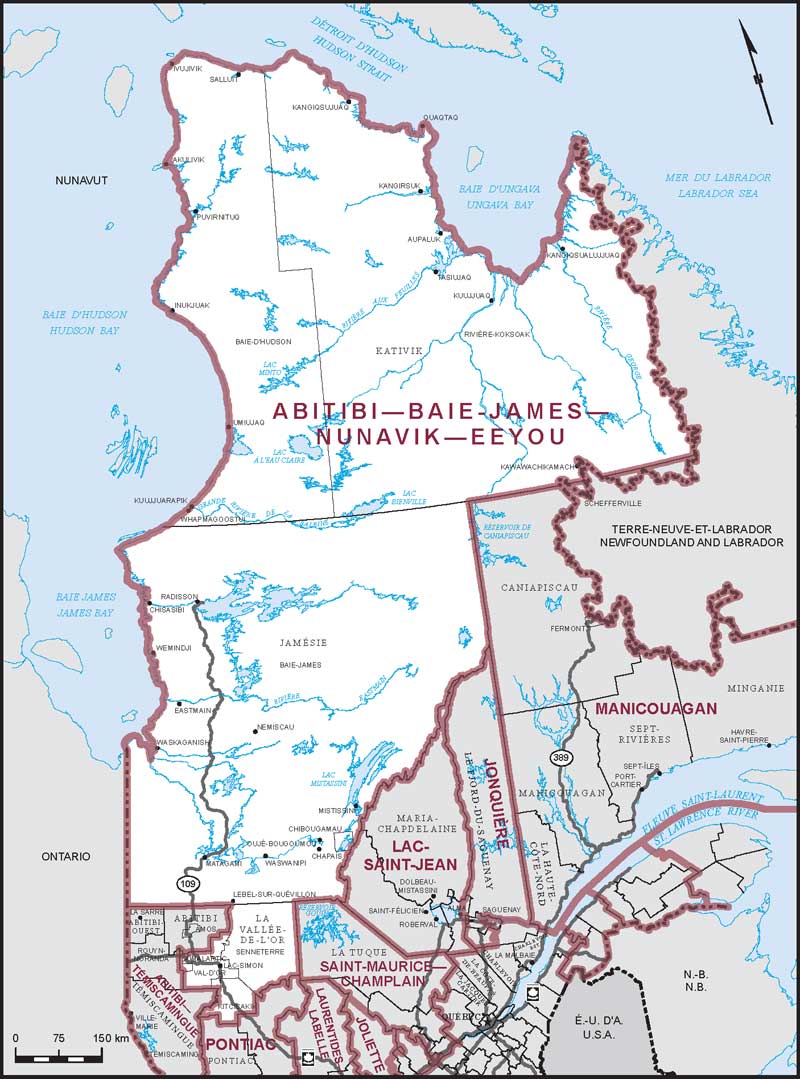 The vast riding of Abitibi–Baie-James–Nunavik–Eeyou covers the northern half of Quebec. The NDP and Greens have yet to announce candidates in the riding. (Image courtesy of Elections Canada)

As the federal election campaign moves into its second week, Nunavik’s riding has yet to see a full slate of confirmed candidates.

The New Democratic Party and the Green party have yet to announce candidates who will run in the Sept. 20 federal election in

Bloc Québécois MP Sylvie Bérubé, who is seeking re-election, has represented the riding since she was first elected in 2019.

The Conservative Party of Canada announced Steve Corriveau as its candidate for the riding last April. Corriveau is based in Val d’Or and has spent much of his career working in the travel and tourism industry.

The Liberals have recently announced their candidate: Lise Kistabish, an Algonquin from Pikogan, who works in job training and social development for the council of the Abitiwinni First Nation.

The People’s Party of Canada, headed by Maxime Bernier, has also listed Michael Cloutier as its candidate in the riding, but did not include his biography.

Abitibi–Baie-James–Nunavik–Eeyou is the third largest riding in the country, after Nunavut and Northwest Territories.

It encompasses the small cities of Val d’Or and Senneterre to the south, the James Bay Cree communities of Eeyou Istchee, the Naskapi community of Kawawachikamach and the 14 Inuit communities of Nunavik to the north.

Bérubé won the riding in 2019 with 37 per cent of the vote, followed by Liberal candidate Isabelle Bergeron, who finished with 28 per cent.

The riding counted 64,651 electors in 2019. According to Statistics Canada, the riding is made up of about 63 per cent francophones, 17 per cent Cree speakers, 13 per cent Inuktitut speakers, three per cent anglophones and one per cent Algonquin speakers.

Abitibi–Baie-James–Nunavik–Eeyou was previously held by NDP MP Romeo Saganash, who was first elected in 2011 and resigned ahead of the last federal election.