Nunavik shutterbugs step out of their comfort zones

“I had never done photography before” 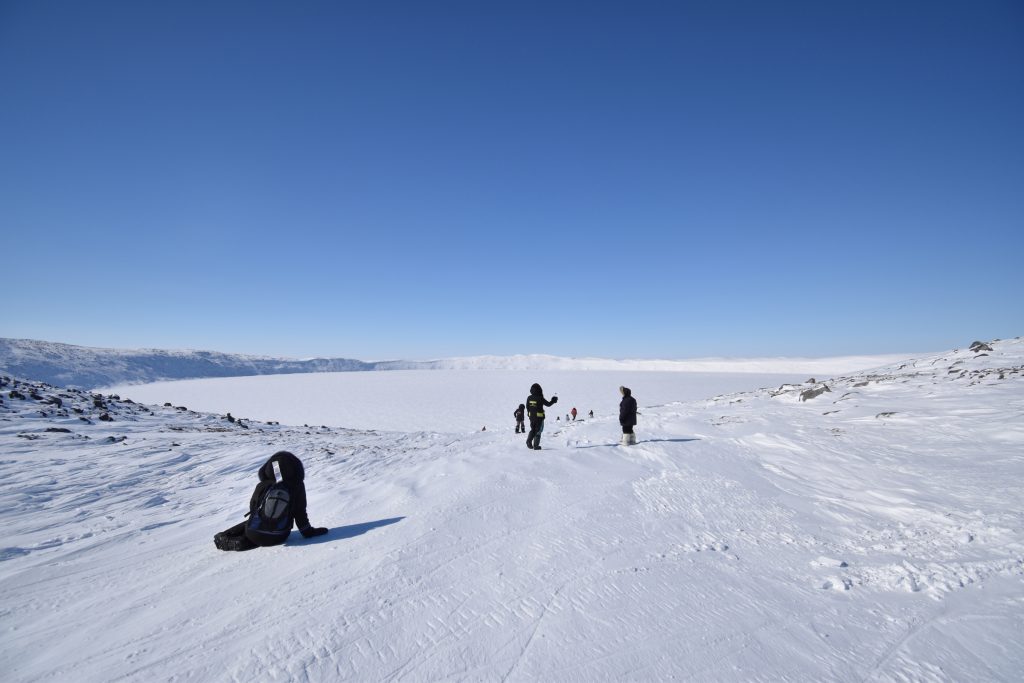 Jaanimmarik student Nadia Parsons-Angnatuk tries out a wide angle lens to get this panoramic shot of the Pingualuit crater on a school trip last week. (Photo by N. Parsons-Angnatuk) 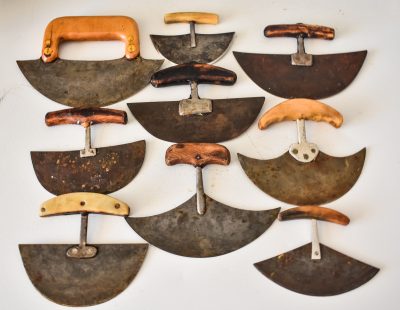 Bridget Peters-Watt snapped this simple but effective shot of her grandmother Elisapie Peters’ ulu collection. The photo was a best-seller at a holiday sale last year. (Photo by B. Peters-Watt)

When Kuujjuaq high school teacher Florence Boulet started offering a photography class in 2015, she had no idea just how much the idea would click with Nunavimmiut youth.

Three years later, the photography class at Jaanimmarik school is full each year, with Boulet often having to turn students away.

Bridget Peters-Watt has been enrolled in the class for the last two years.

“I had never done photography before,” said the 18-year-old. “But I love it now.”

Boulet and a fellow photography teacher, Karine Latte, often start students off with a walk around the community, where they encourage new photographers to identify and “compose” a scene.

Shooting outdoors becomes trickier as the school year moves into the colder and darker months, but Boulet challenges her students with after-school night-time shoots, where they are forced to photograph with little natural light.

Boulet said that two years in, Peters-Watt has become her most “fearless” photographer.

“She always takes photos in the worst conditions,” Boulet said. “She’s not afraid to be cold or in the wind or lying on the ground.” 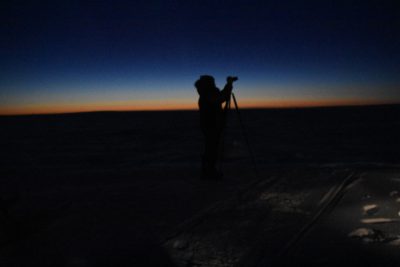 SherryAnn Makiuk tries out her camera at nightfall, using the very last of the daylight on the horizon to illuminate this shot of a fellow photographer. (Photo by S. Makiuk)

A group of Boulet’s students visited Nunavik’s Pingualuit park last week, including its famous crater, where students had the chance to shoot wide-open spaces and some vivid northern lights shows.

One of Boulet’s newer photography students, Nadia Parsons-Angnatuk, 13, signed up for the class this year after she saw what students had produced and thought “it looked kinda interesting.”

At Pingualuit, Parsons-Angnatuk got to try out a wide-angle lens for the first time, which she used to shoot the vast crater that gives the park its name.

“I was fixing my hat and I just stopped to take some photos,” Parsons-Angnatuk said, who snapped some beautiful landscape shots almost by accident. “Now I really like it.”

The photography class also focuses on an indoor theme each year; this year, it was the sewing centre in Kuujjuaq.

Boulet said that her class, made up entirely of young women, wanted to celebrate an Inuit women’s tradition by documenting the work of the community’s seamstresses.

That posed a new challenge for many students, who hadn’t photographed people so intimately before. 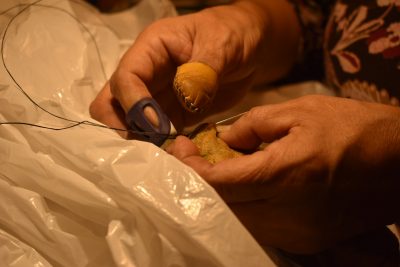 Pamela Gordon caught this close-up of a seamstress’ hands at a work in Kuujjuaq’s sewing centre.

“It’s harder for me to take a photo of a person, because I’m so shy,” Parsons-Angnatuk said. “But I’m trying to work on that.”

Community members have started to take interest in the students’ work. At a photo sale the group held before the Christmas holidays, Peters-Watt sold out of copies of one her favourite photos—a shot of her grandmother’s ulu collection.

The photography class is hosting an exhibit of some of this year’s work May 6 in the lobby of Katittavik town hall. The photos will stay up for a few days for community members who want to come see them.

Following the exhibit, the class will donate the best of its sewing centre photos to the actual centre to put on permanent display.