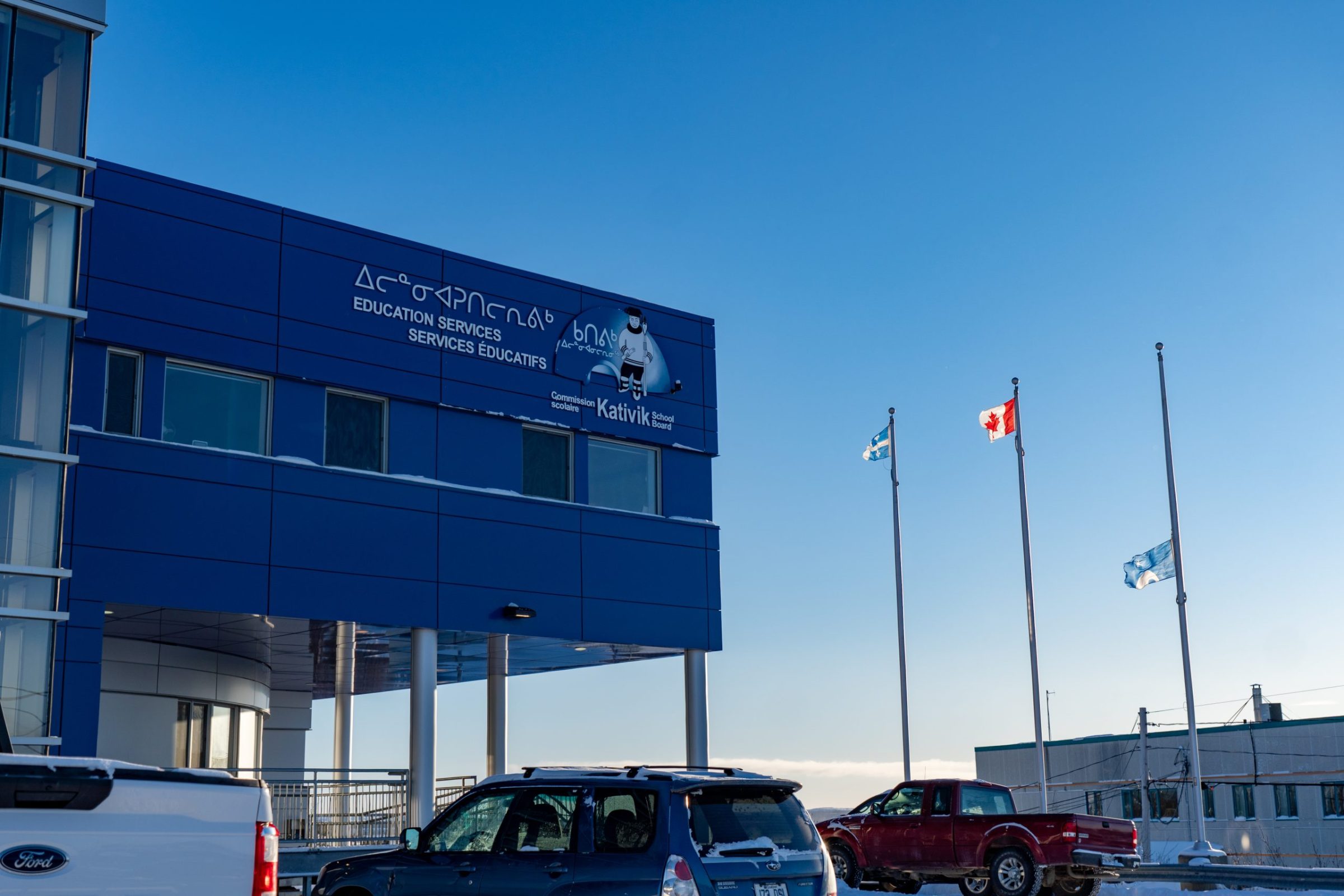 Kativik Ilisarniliriniq school board and the union representing its teachers and school support staff are set to negotiate new collective agreements this year. (Photo by Cedric Gallant, special to Nunatsiaq News)

The union that represents teachers and school support staff in Nunavik says it wants to see newly-earned benefits and additional resources codified in its next collective agreements with the school board.

The Association of Employees of Northern Quebec represents teachers and school support staff — including receptionists, special education assistants, bus drivers and janitors — employed with the Nunavik and Cree school boards.

The union, which represents about 2,000 employees across northern Quebec including Nunavik, and Kativik Ilisarniliriniq have begun negotiations and are set to resume their meetings at the end of the month.

The current collective agreements expire at the end of the school year.

Earlier this year, both the union and school board celebrated a new series of benefits for its locally hired staff, including transportation and shipping allowances as well as housing assistance.

The benefits were meant to provide a sense of equality between the staff from the North and those who come from the south.

However, those benefits were established as “administrative measures” and not equally distributed, according to union president Larry Imbeault.

In the next collective agreements, Imbeault said he wants to see those benefits guaranteed to everyone.

“As it is right now, the board can do what they want with those measures, and there’s hardly anything we can do,” Imbeault said in an interview.

He also said teachers often lack some resources in schools, such as special education assistants. To fill that gap, Imbeault said he wants to see those employees, and other teachers looking to continue learning, given the opportunity to access continued training.

“We want to improve the knowledge of our teachers,” Imbeault said.

Nunatsiaq News contacted Kativik Ilisarniliriniq’s media relations staff to discuss the school board’s negotiation goals and its response to some of the initial demands the union publicly announced at the end of 2022.

“At the moment, Kativik Ilisarniliriniq is not providing statements or interviews as the negotiations are ongoing,” spokesperson Jade Bernier wrote in an email.

Imbeault said he hopes negotiations run smoothly and both sides can meet in person to reach an agreement.

He also emphasized that the school board’s negotiating committee indicated to him that it is approaching talks with an open mind about what the union’s members want.

“The board and us, we all want the same thing, which is improving the educational success of the students,” Imbeault said.

“We believe that by improving the working conditions of its employees, the board will be able to improve the educational success of the students.”

Education professionals, such as counsellors and consultants, are members of another union and are not involved in these contract negotiations.