Election period no longer straddles Christmas holidays, and incumbent executives must step away from role while campaigning 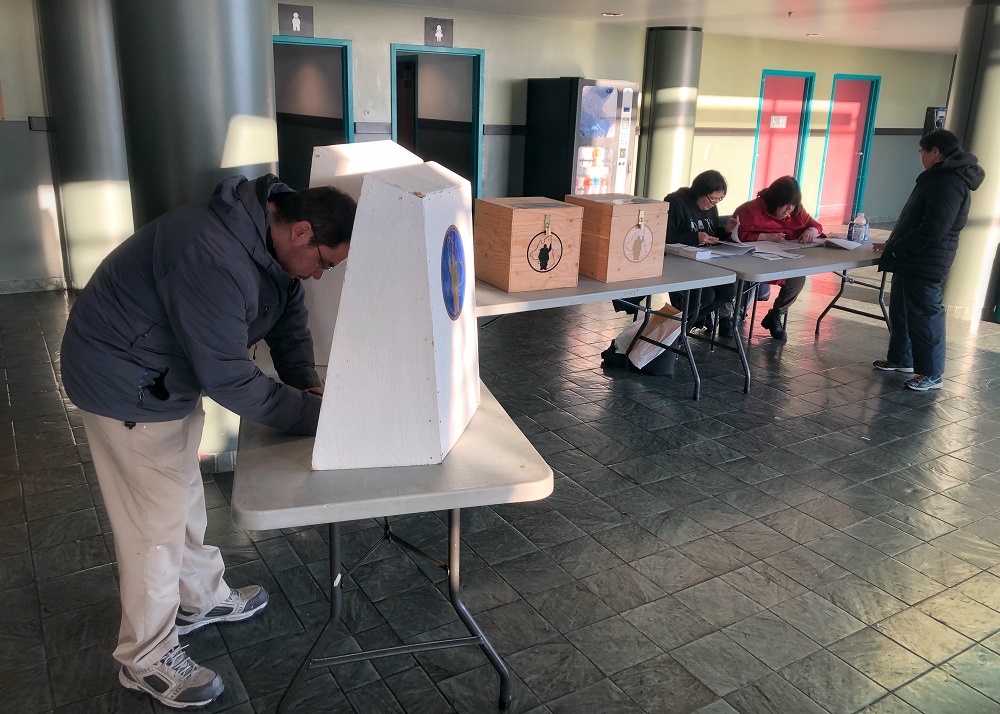 Nunavik’s Makivik Corp. has made changes to its election procedures to allow candidates a fair and uninterrupted campaign period, the Inuit organization announced last week.

Typically, the deadline for the nomination period for Makivik’s executive roles falls in early December, while elections take place in early January. That means the campaign period has been interrupted by the Christmas holiday season.

Now, Makivik has moved the deadline for nominations for the next election period to Jan. 7, 2021, while the upcoming election of president will be held on Feb. 4, 2021, Makivik said in an Oct. 29 release.

The decision was made at Makivik’s board of directors meeting, held on Oct. 20-23, where members voted on amendments to the corporation’s bylaws.

Directors also moved to change procedures for incumbent executives who seek re-election. When a sitting executive runs for re-election, they now must transfer all their responsibilities and powers to another executive during the campaign period. Executives only keep their title and salary during this time.

“The changes were made to make the election process fair and equitable to everyone, and by ensuring that rules applicable during the campaign period are clear and well defined,” Makivik said.

The changes come into effect immediately.

Makivik staggers the elections of its five executive members.

In early 2020, George Berthe was elected as treasurer, while Adamie Delisle Alaku, vice-president of environment, wildlife and research, was acclaimed to another three-year term.

Makivik will host an election for its president in 2021.

Charlie Watt was elected to that role in 2018, returning to the organization he helped to found after a long career as a federal senator.

Watt hasn’t publicly indicated whether he plans to run for re-election.