‘When I was asked to take on this very important role, I was very excited,’ new vice-regal representative says 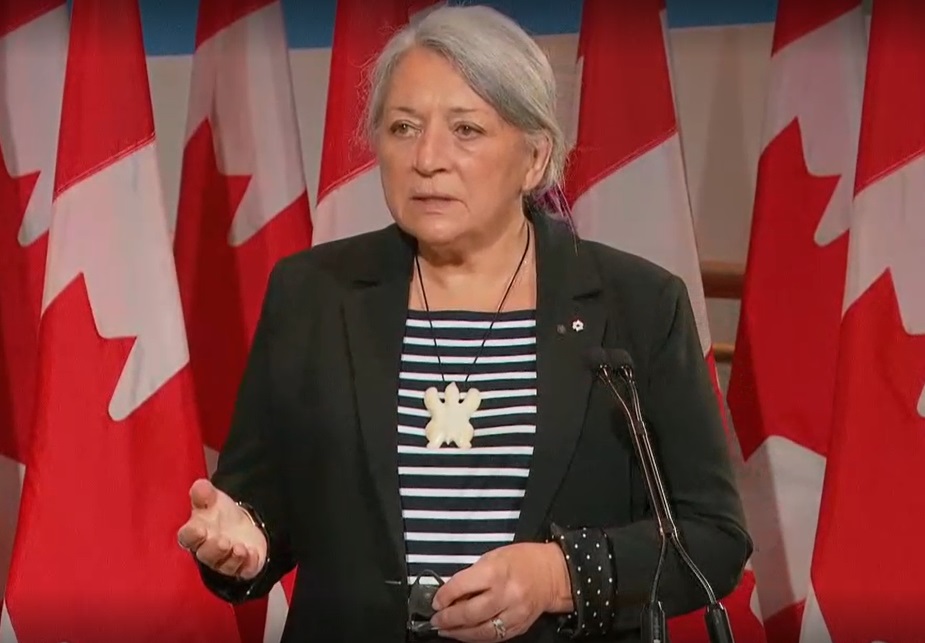 Mary Simon speaks at a news conference in Gatineau, Que., where her new appointment as Governor General was announced. (Screenshot courtesy of CBC News)

Prime Minister Justin Trudeau announced Simon’s appointment at the Canadian Museum of History in Gatineau, Que., on Tuesday morning. Trudeau said she was selected and vetted from a list of nearly 100 potential candidates.

Simon, 74, is originally from Kangiqsualujjuaq in Nunavik, and has called Kuujjuaq home for much of her life.

“When I was asked to take on this very important role, I was very excited,” Simon told reporters at Tuesday news conference. “I felt that this position would help Canadians together with Indigenous people, working together … bringing people together to understand our unique history, our unique cultures and way of life.

“And I think if people understand each other in this way and respect one another, then this is what we call reconciliation.”

Simon takes on a position that had been vacant since January, when former governor general Julie Payette resigned from the office following a workplace harassment investigation.

Simon’s appointment has been approved by Queen Elizabeth, on the Prime Minister’s recommendation, though she has yet to be officially installed in the role.

Simon brings an extensive career in northern broadcasting and leadership to her new position.

She started her career in the North as a producer for CBC Radio.

Simon went on to serve as president of Makivik Corp. and Inuit Tapiriit Kanatami. She served two terms as president of the Inuit Circumpolar Council and was named as the first Canadian ambassador for circumpolar affairs.

Nunavut MP Mumilaaq Qaqqaq also greeted the appointment, saying on Twitter that “the accomplishments of Inuit are often overlooked in Canada. It’s nice to see an Inuk leader being recognized with this position.”

Nunavut Premier Joe Savikataaq offered his congratulations to Simon as well. “So well deserved!” he wrote on Twitter.