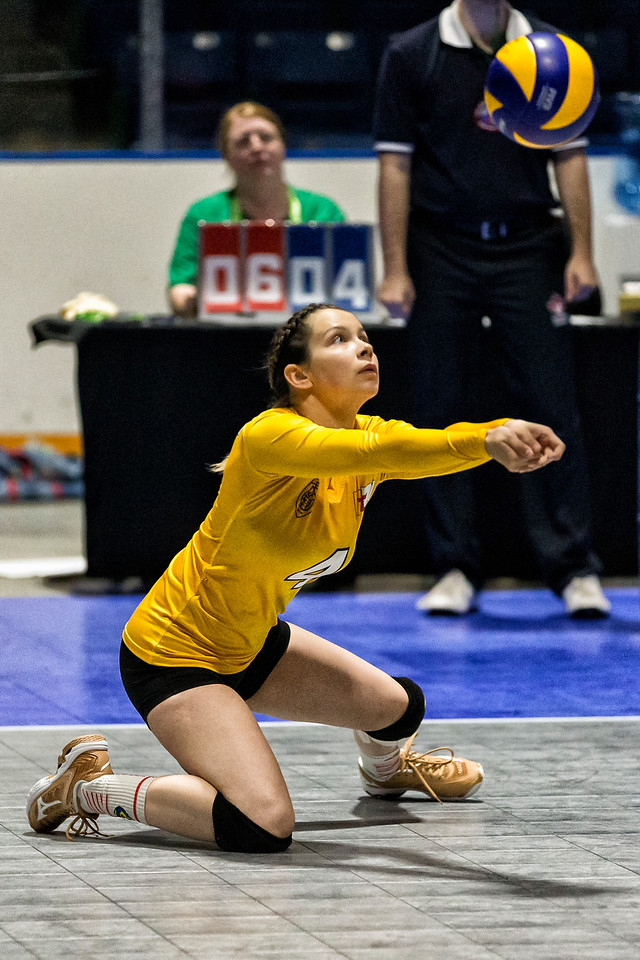 Shanti Dias will be one of Nunavut’s volleyball competitors at the Canada Summer Games in August. (Photo courtesy Thorsten Photography/Thor Gohl)

Nunavut is sending its biggest team ever to the Canada Summer Games next month, with 32 athletes backed by about 15 coaches and support staff.

Even so, it might feel like the underdog once it lines up against the larger rosters fielded by the other provinces and territories.

Team Ontario, for example, will send a team about 10 times the size of Nunavut’s, and all told more than 4,000 of Canada’s top summer sport athletes will be there.

That could be intimidating.

Or it could be motivating, says Jeff Seeteenak, chef de mission for Team Nunavut.

“I’m sure it does” give Nunavut athletes a bit of a spark, he said in an interview this week. “We’re always going to be unique, because we’re still considered the new territory.

“So there’s always a bit of motivation, and just representing your territory and trying to get your personal best … there’s always something that will drive the athletes.” 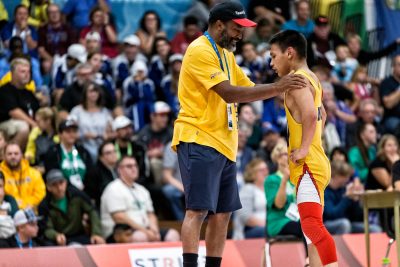 The games are being held in St. Catharines, Ont., and around the Niagara region from Aug. 6 to 21.

Team Nunavut is sending eight wrestlers (six male, two female), men’s and women’s indoor volleyball teams and, for the first time, it will compete in beach volleyball with women’s and men’s teams entered.

Beach volleyball likely isn’t the first thing that comes to mind when people think of Nunavut, but Seeteenak said the sport has been in development for a while.

“It goes back to the work that Volleyball Nunavut has put in in the last several years, in their training plans,” he said. “They put in steps so that the athletes will be prepared.”

Seeteenak said the beach volleyball teams train in the south, and on sand courts set up in Nunavut.

The website will go live once the games start Aug. 6.

“We will actually showcase somewhere in the range of 90 per cent of the games competitions and events … that’ll include opening and closing ceremonies,” Seguin said.

It will also feature a daily highlights show, and events from previous days will be available on demand.

The games will also offer widespread exposure for athletes. Seguin said so far more than 100 journalists are accredited to cover the games.

Since competing at its first Canada Summer Games, in 2001 in London, Ont., Nunavut “has the lowest participation of any jurisdiction,” according to the games website.

In size, Team Nunavut has averaged just under 30 athletes for the winter games and just more than six athletes for summer games, so this year’s contingent of 32 competitors is a significant increase.

Team Nunavut has won just one medal in that time, a bronze in judo at the 2007 Canada Winter Games in Whitehorse. 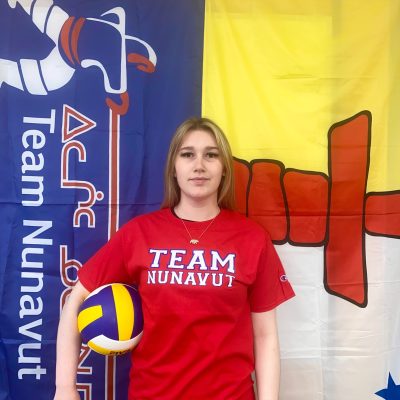 Amber Graham is one of the volleyball players who will represent Nunavut at the Canada Summer Games in August. (Photo courtesy Team Nunavut)

For Nunavut athletes at this year’s games, wrestling is scheduled Aug. 9 to 11, beach volleyball runs Aug. 8 to 13, and indoor volleyball from Aug. 16 to 21.

During the games, they will stay at the athletes village at Brock University in Thorold, Ont., a short drive from St. Catharines.

Seeteenak said Nunavut’s flag bearers for the opening and closing ceremonies haven’t been announced yet.

He said it’s difficult to speculate on Nunavut athletes’ chances to medal at these summer games.

“There’s always surprises at games,” he said. “Somebody may have that awesome week where they surpass their personal best and do really well. Or somebody could have a nagging injury and that may drag them down in the standings.

What is clear is that Team Nunavut will face a busy time over the next 20 months because COVID-19 forced several meets to be rescheduled. Even these summer games were originally supposed to be held last year.

After this, Nunavut athletes have to prep for the Arctic Winter Games, in Alberta in January, then two weeks later the Canada Winter Games on Prince Edward Island.

Next, there is the North American Indigenous Games next July in Nova Scotia, followed by the Arctic Winter Games again, this time in Alaska in March 2024.

“Everyone’s on catch-up, all over,” said Seeteenak.