Nunavut bans most travel into the territory 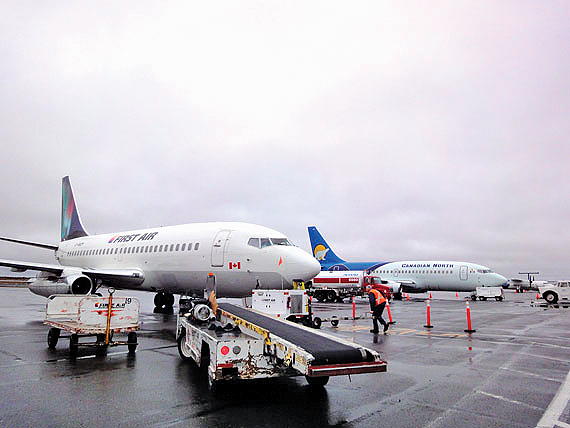 Dr. Michael Patterson, Nunavut’s chief public health officer, today banned most travel into Nunavut to protect the territory from the COVID-19 pandemic. “Although there are still no confirmed cases on COVID-19 in the territory, we are taking extraordinary measures to limit travel, in an effort to slow its possible spread,” he said in a news release. As of Wednesday, March 25, only Nunavut residents and critical workers will be allowed into the territory. Nunavut residents seeking to fly home must first isolate themselves for 14 days in either Ottawa, Winnipeg, Edmonton or Yellowknife. If they display no symptoms at that point they will be allowed to return home. This includes medical travel patients. The Government of Nunavut says it will help provide accommodation, food and necessities to travellers during their isolation periods. As well, all public gatherings in the territory are now banned. More to come. (File photo)