Nunavut premier says Arviat will ‘win’ against COVID-19, as cases continue to drop

No COVID-19 variants found in the territory and no evidence of failed vaccines, says chief public health officer 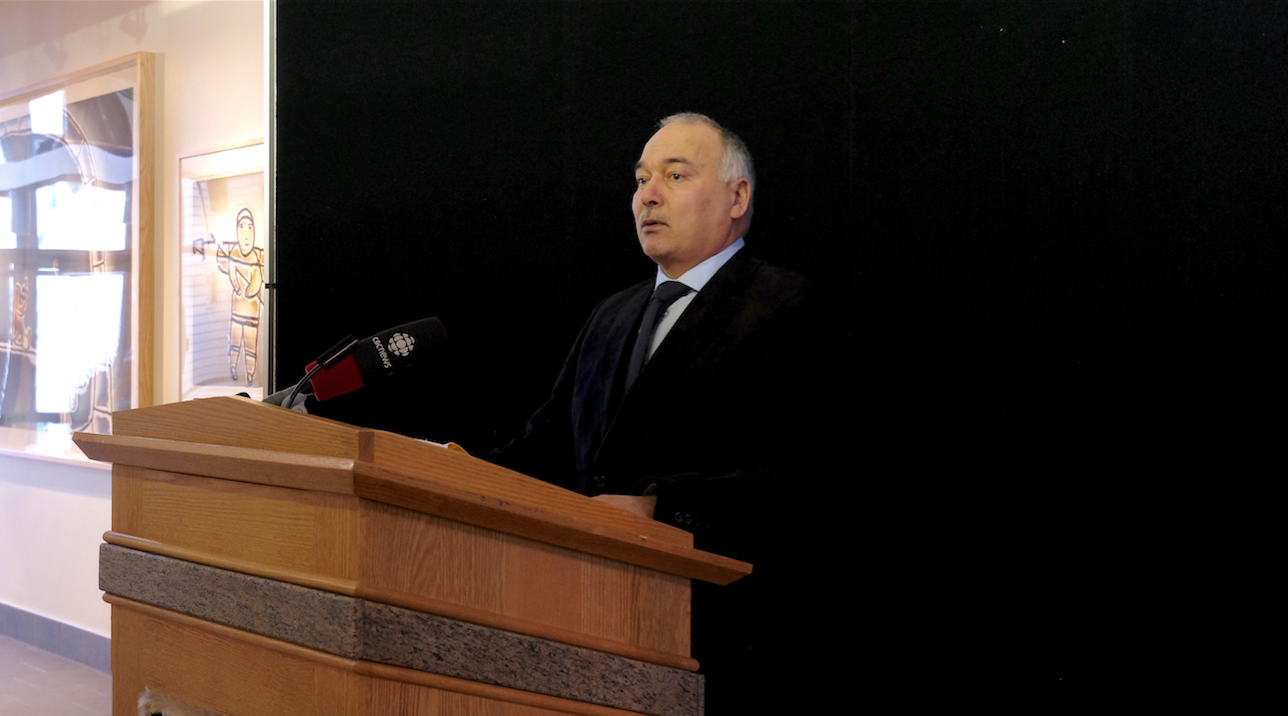 Dr. Michael Patterson offered a potential timeline for the community Thursday night, during the first COVID-19 news conference in a month, while confirming there is still no evidence of community transmission. This means public-health officials have been able to trace the source of every known case.

“If things continue on this way, we can look at working with the hamlet to ease some of the measures next week,” he said.

The government’s update came as 10 new cases of COVID-19 were reported in Arviat on Thursday, bringing the number of active cases across Nunavut to 14 — all of them in Arviat.

He also confirmed there is no evidence of vaccine failure so far, meaning nobody in Arviat has contracted COVID-19 two weeks or more after getting the vaccine.

Arviat has seen 88 per cent of Nunavut’s 369 cases of COVID-19 since the virus arrived in the territory last fall. People in the community have been living under some form of lockdown since then, with a brief respite in January.

“Our weekly trend is still encouraging,” he said.

Patterson also gave an update on COVID-19 samples that were sent south to test whether new variants of the virus are present in Nunavut.

“Last I heard, there’s been no evidence of any new variants, especially those variants of concern,” he said.

Vaccinations to go ‘much faster’

Patterson also shared some encouraging news on the vaccine rollout.

With 11,000 more doses on the way, Nunavut is on track to receive enough of the Moderna vaccine for 75 per cent of the territory’s adult population by the end of March.

Once that shipment comes, a total of 37,000 doses will have arrived in the territory, he said. The very first doses were shipped just after Christmas last year.

Patterson says he expects vaccine clinics to continue into April.

As of Thursday, 8,628 Nunavummiut have received at least one dose of the Moderna vaccine and 5,125 are fully vaccinated.

This means about 27 per cent of the territory’s adult population of about 19,000 has received two doses since the territory began vaccinations in January. Patterson said the vaccine rollout will speed up from here.

“As the vaccine supply ramps up … staff will be able to go much faster, much more efficiently, starting now.”

The GN is not releasing community-specific vaccination rates.

While Health Canada recently approved AstraZeneca’s vaccine for people over 18 years, and recent reports suggest the Pfizer vaccine can be more easily transported than originally believed, Patterson said he didn’t expect either to be used in Nunavut.

The territory has only received the Moderna vaccine, which was first chosen because it is easier to move and store than the Pfizer vaccine was thought to be.

“In a smaller population and scattered communities, the logistics of two or more vaccines for one condition is a bit too much,” Patterson said.

“We’re going to stick with Moderna if possible, but if it comes down to it … and it’s the only vaccine that we can get … we’ll make it work.”

Iqaluit is the only community in Nunavut where vaccines are being administered by priority group because of its larger population. Currently, people 45 years and older can make appointments to get the vaccine.

Lorne Kusugak, the minister of health, will be making an announcement related to vaccines in Iqaluit on Friday, Patterson said.