About 71 per cent of next year’s fuel purchased so far, territory’s petroleum division says 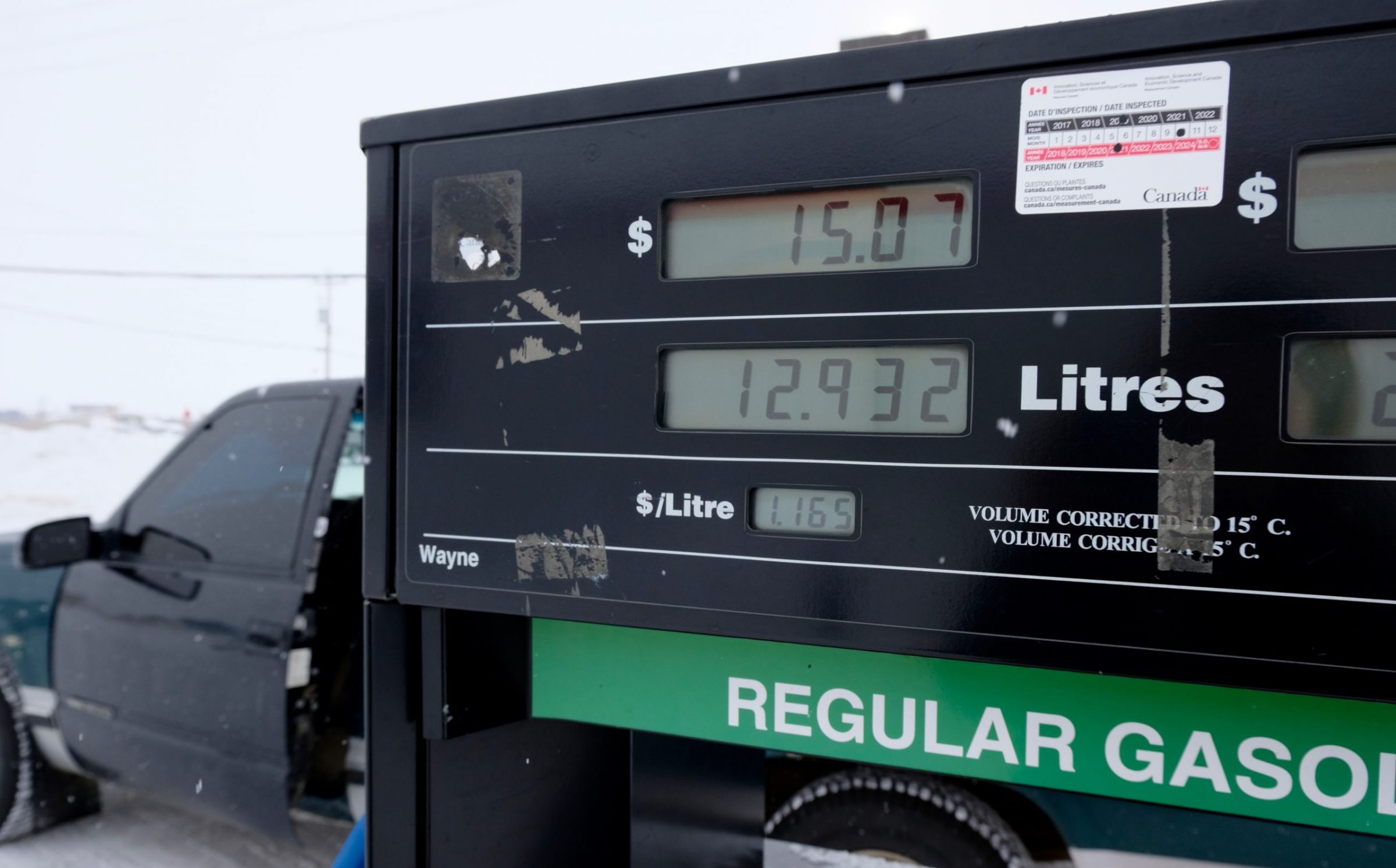 The price Nunavut’s government pays for gas this year will affect next year’s prices at the pump. (File photo by Mélanie Ritchot)

If gas prices stay high across the world throughout the spring and summer, Nunavummiut could be paying more for fuel in 2023.

Nunavut’s gasoline supply is purchased a year in advance and delivered during the following sealift season. This means the price the government’s petroleum products division pays for gas this year will affect the cost people pay at the pump next year.

So far, the division has purchased about 71 per cent of Nunavut’s fuel set to be delivered on the next sea lifts.

“PPD secured the product between November 2021 and February 2022 before the extreme volatility of markets we are witnessing today,” Suleikha Duale, a spokesperson for the territory’s Community and Government Services Department, said.

Duale said if global market prices remain high into the summer, it could effect next year’s prices.

The petroleum division monitors world fuel markets year-round and could buy more fuel as early as November for delivery the following year, depending on how much money is left in its budget.

Russia’s recent invasion of Ukraine and the sanctions Canada and other countries have imposed against Russia — one of the world’s largest producers of oil and gas — have caused fuel prices to spike across Canada.

In Ontario, for example, gasoline prices have ranged from $1.55 a litre to $1.86 a litre over the past month.

On Friday, the price was $1.64 a litre on average in the province, according to the Canadian Automobile Association’s national gas price calculator.

So far, the PPD has paid about 73 cents a litre for fuel set to be delivered to Nunavut this year, without counting the price of shipping, Duale said.

Solomon Malliki, the MLA for Aivilik, asked Community and Government Services Minister David Joanasie about fuel prices in the legislative assembly on Tuesday.

Malliki asked if Nunavummiut should expect gas prices to rise even more, considering a price increase of eight cents a litre was already announced in February — before the global market was affected by Russia’s invasion of Ukraine.

At the time, a department news release about the increase said it reflected “rising costs on world crude oil markets.”

Joanasie said “oil prices are quite volatile in our world situation,” adding the U.S. benchmark price for oil was trading at about $120 per barrel, an increase of about 225 per cent in just over a year.

He said he couldn’t yet say whether there will be another price increase.

But, Joanasie said it’s certain the carbon tax on fuel coming into effect April 1 will cause an increase in price.

“We are trying to mitigate any further price increases, but with the world market we have to deal with the consequences,” he said.