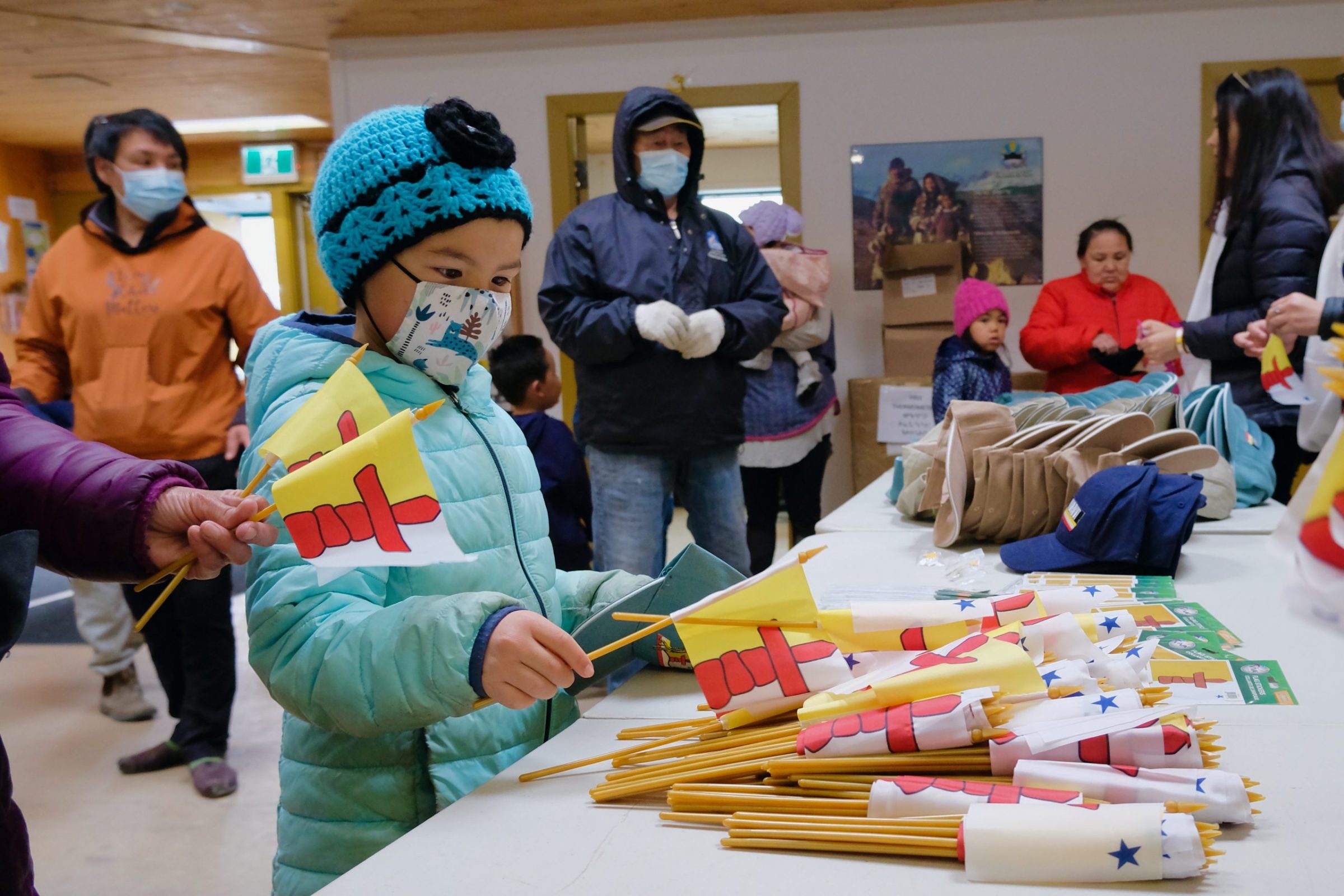 Seven-year-old Alexis Akulukjuk picks up a Nunavut flag on her way to Pangnirtung’s Nunavut Day celebrations. (Photo by Mélanie Ritchot)

Nunavut Day is being celebrated across the territory Friday, to mark the 28th anniversary of Parliament’s passing of the Nunavut Land Claims Agreement.

Nunavut formally came into being later, on April 1, 1999.

In Pangnirtung, residents are celebrating Nunavut Day with a wide range of events, including a parade featuring a candy toss, a vehicle-decorating competition, a contest to craft amautis and parkas out of garbage bags, elders sharing stories over community radio, games in the community centre, a community barbecue and live music.

Premier Joe Savikataaq marked the occasion with a social-media post that touted his government’s accomplishments over the past three years.

“Despite COVID, I’m really happy with what we’ve accomplished over the last year,” he wrote on Twitter.

“Nunavummiut, we’ve been working hard to build a stronger, better territory, with programs, services and infrastructure to help everyone. Happy #Nunavut Day!”