Nunavut Day is now a statutory holiday in the territory

Previously the holiday applied only to Government of Nunavut employees 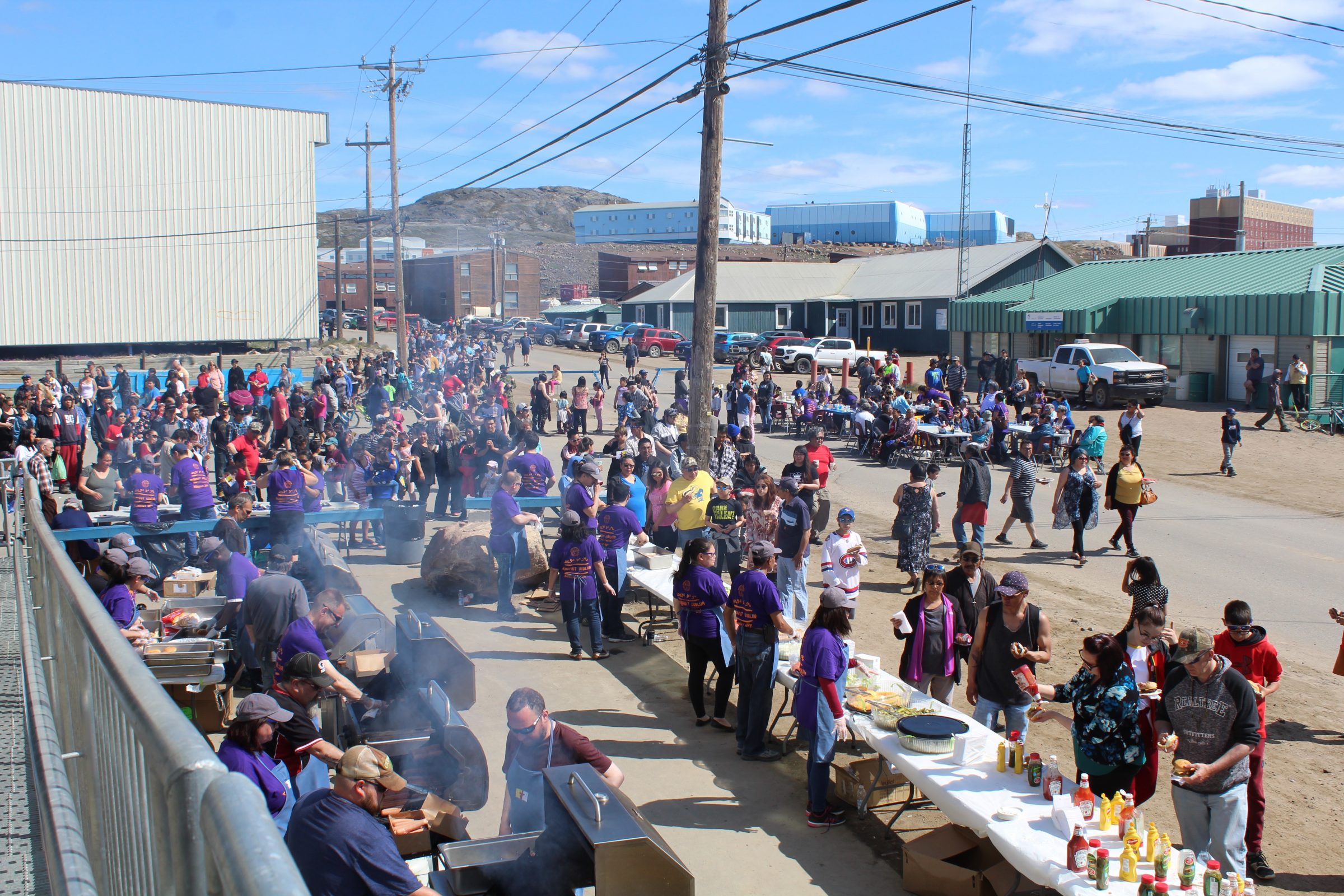 People celebrate Nunavut Day on a warm day in Iqaluit on July 9. As of Nov, 7, 2019, Nunavut Day is officially a holiday across the territory. (Photo by Emma Tranter)

Nunavut Day, July 9, is officially a statutory holiday across the territory.

Members of Nunavut’s legislative assembly voted to pass Bill 29, An act to Amend the Labour Standards Act and the Interpretation Act in Respect to Nunavut Day, through third reading in the legislature on Thursday, Nov 7.

Up until now, Nunavut Day was a holiday under the Public Service Act, which means the holiday only applied to Government of Nunavut employees.

“Nunavut Day marks a significant milestone for Nunavut and our territory. We should not force businesses to choose between requiring employees to work on Nunavut Day or absorbing the cost of an additional holiday in the event our government were to establish another general holiday,” Jeannie Ehaloak, Minister of Justice, said in the legislature on Nov. 7.

MLAs also considered making Nunavut Day a statutory holiday last year, but were waiting to see if the federal government would pass legislation to make Sept. 30 the National Day for Truth and Reconciliation.

That bill is still in the Senate.

“If they do make September 30 a holiday for Truth and Reconciliation, this government would have to consider whether or not we would make that a holiday as well,” Ehaloak said.

John Main, MLA for Arviat North-Whale Cove, asked Ehaloak to clarify what impact the holiday would have on the territory’s small businesses.

“The impact that this will have on small businesses within Nunavut will cost the businesses $1.2 million yearly,” Ehaloak said.

Main also encouraged the federal government to provide similar recognition of Nunavut Day for federal employees who live and work in Nunavut.