Over 60 films for the festival are being screened online 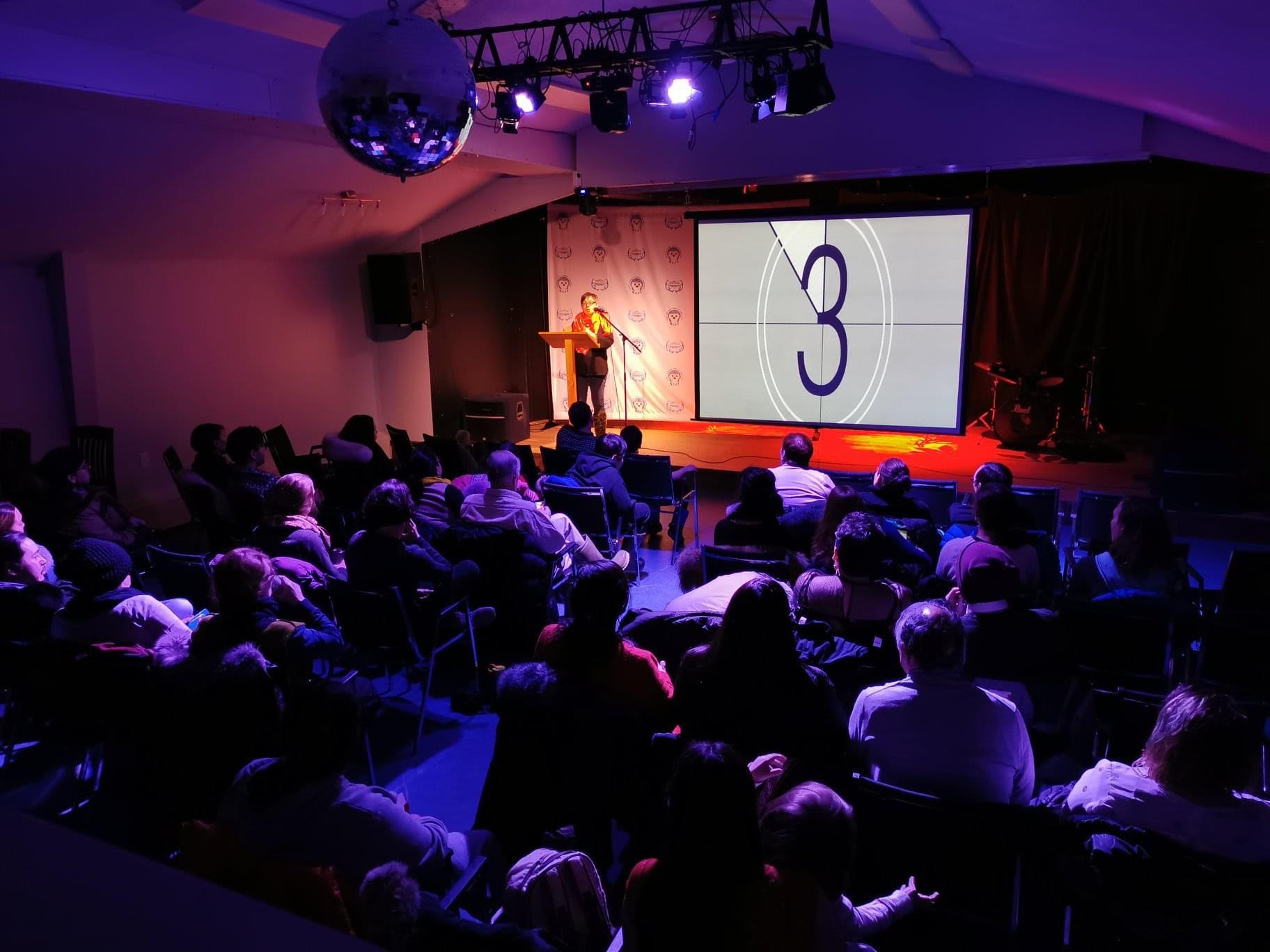 The Nunavut International Film Festival, as seen here in 2020, is running virtually this week. Over 60 films have been selected and can be viewed on Taku.tv, said the festival’s coordinator Bronwyn Szabo. (Photo courtesy of Holly McCann)

After a COVID-19 hiatus, the Nunavut International Film Festival is back in action.

The festival has been screening over 60 films this week, mostly from northern and Inuit filmmakers, online through Taku.tv. Initially, the plan was to screen the movies in-person in Iqaluit, but the Omicron wave of the COVID-19 pandemic forced the staff to put the films online instead.

The Nunavut International Film Festival first debuted in 2020 but was held back from running last year because of COVID-19.

The main purpose of the festival is to celebrate Inuit voices and culture, says organizer Bronwyn Szabo.

A variety of film types are being screened, including feature-length films, children’s movies and documentaries.

Szabo says she and her team have also selected 13 mini-documentaries from Inuit youth in the North. They range in subject from elders to personal life stories.

“I watched them and the entire team was like, ‘We need to include all of these,’ they are just absolutely wonderful,” Szabo said.

Going online this year means that gauging the reception of the festival will be difficult, McCann said, adding the organizing team is waiting for a report on online viewings after the festival concludes.

But she also said the festival’s social media posts have been getting shared and liked frequently, which is a good indicator of success.

For future festivals, McCann said that she hopes the team will be able to combine virtual screenings with in-person showings so people in remote communities can participate.

“We’re hoping we can build off this festival and grow it to be bigger,” she said.

The festival started Feb. 21 and runs through Sunday.