In reversal, Nunavut says travellers won’t have to pay to self-isolate 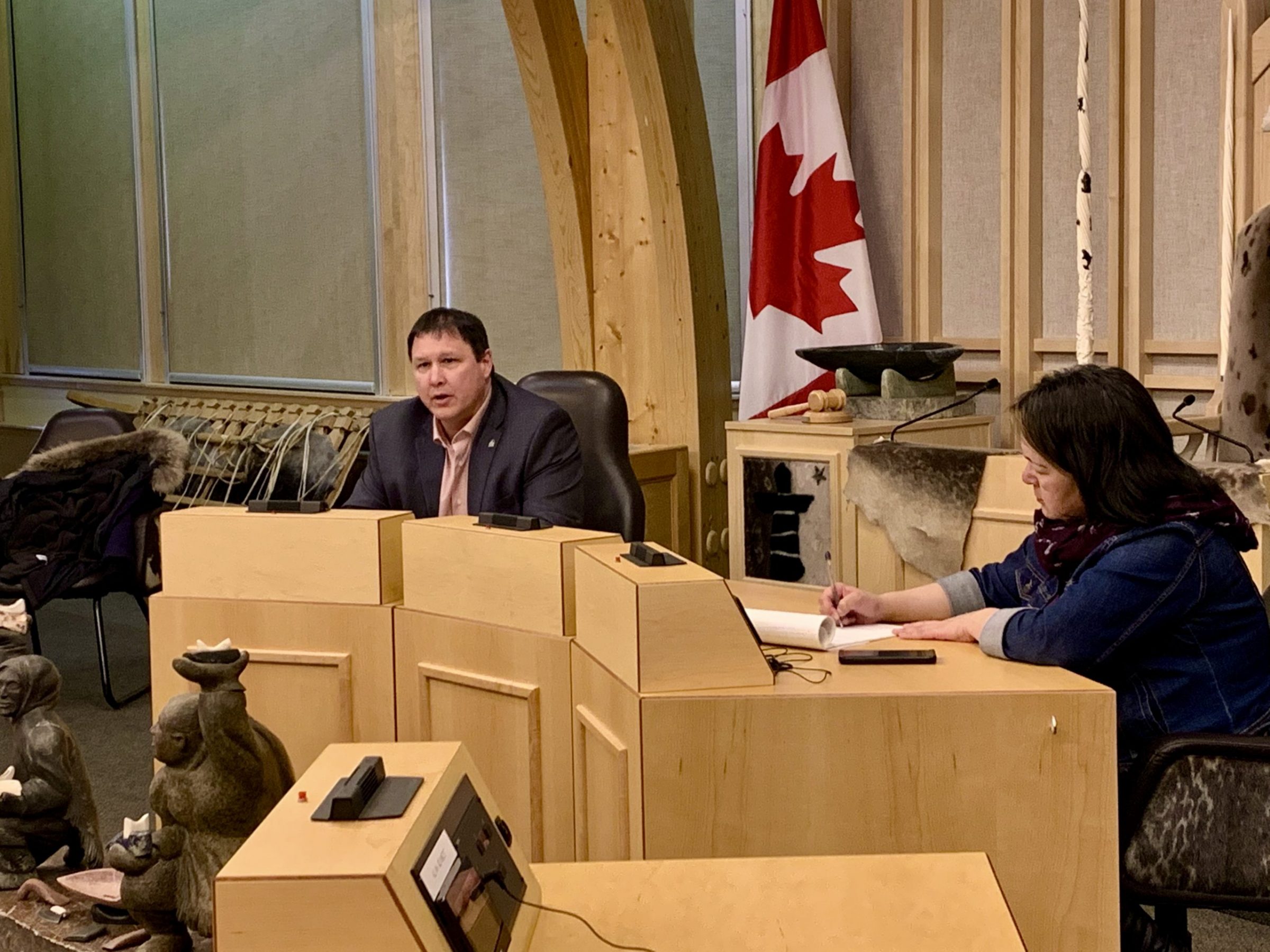 Nunavut’s finance minister, George Hickes, says that Nunavut’s cabinet has concluded it would be too complicated to force residents who are travelling to pay for their mandatory self-isolation stays. (File photo)

The Government of Nunavut is backtracking on its plans to charge some residents returning from southern Canada for the cost of their mandatory self-isolation stays.

Instead, on Wednesday, May 6, the GN announced that it would continue to foot the cost of residents self-isolating in hotels for 14 days before returning home to the territory.

On Friday, May 1, the GN said that any residents returning from non-essential travel would have to pay isolation fees—$2,100 for one person and $1,050 for each additional member of their party.

Nunavut Premier Joe Savikataaq said today that the aim of the policy was to deter Nunavummiut from travelling.

“Travel at this time is a risk and we don’t want to undo all the hard work we have done,” Savikataaq said.

The premier apologized for the confusion caused by the GN’s change of tack, but he said he wants Nunavummiut to seriously reconsider travelling at this time.

“Going down to do your sealift [shopping] as normally planned every year is not essential travel,” Savikataaq said.

But Savikataaq said the GN does not want to unnecessarily financially burden Nunavummiut by forcing them to pay the costs of their self-isolation stays.

Finance Minister George Hickes said another reason the decision was reversed is because it would have been complicated to implement.

He said trying to get Nunavummiut to pay for the hotels, security and transportation to the airport would have been a burden on public servants.

“At this time as a cabinet we felt that it wasn’t worth proceeding,” he said.

On Monday, May 4, Savikataaq said that paying to isolate Nunavummiut before they return to the territory has cost the GN over $2 million so far.

There are some cases, Hickes said, where Nunavummiut have had to self-isolate for longer than 14 days. That’s usually because of the logistics of making sure they connect with the right flights that get them to their community in the most efficient way possible, he said.

Depending on the isolation hub they’re staying in, Hickes said that on average this costs the GN $300 per extra day.

But Hickes said that the isolation hubs are worth it, despite their considerable costs.

“We can still sit here today and say that we have zero cases,” he said.