‘Community members should maintain distance from this area,’ says minister of Community and Government Services 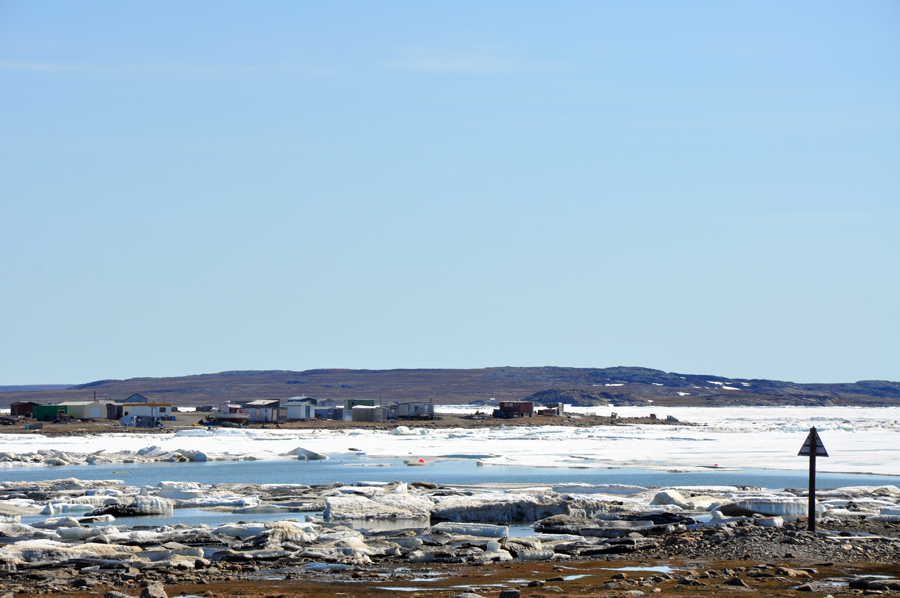 Residents of Rankin Inlet are being asked to stay away from the community’s Johnston Cove area, pictured here, after a May sewage leak continues to pose a threat of more leakage in the into the cove. (File photo by Sarah Rogers)

Residents of Rankin Inlet are being asked to stay away from the community’s Johnston Cove area, after a May sewage spill continues to pose a threat to nearby waters.

The leak was identified by a contractor on May 20, according to a spokesperson for the Department of Community and Government Services.

Since then, crews have been working to confine the spill, repair the pipe and pump wastewater back into the lift station.

“All efforts are being made to contain any leaking wastewater during the repair, but there is a possibility of wastewater being discharged into the Johnson Cove area,” said Community and Government Services Minister Jeannie Ehaloak June 7 during question period at the legislative assembly.

“There is limited risk to the public associated with this leak, but community members should maintain distance from this area.”

The department has said it would notify the community if the leak causes any water management issues.

Officials with Community and Government Services did not indicate how much sewage may have leaked at the site.

Rankin Inlet North–Chesterfield Inlet MLA Cathy Towtongie raised the issue in the legislature June 7, saying there could have been as much as 1,600 cubic metres of raw sewage discharged into the bay.

“I’m just curious that every effort is being made to expedite the repair in the future to reduce the duration of the bypass being engaged,” Towtongie said, “mainly because we’re leaking raw sewage and that type of system is outdated.”

Rankin Inlet is one of three Nunavut communities that uses an underground utilidor system to transport drinking water and sewage. But Towtongie noted that system is about 40 years old now and often delivers brown or cloudy freshwater to local homes.

A report prepared by the GN in 2017 found Rankin Inlet’s water treatment and distribution system poses “a number of health and safety risks.”

But the government has yet to announce plans for a new system.

“Community and Government Services is working to upgrade the Rankin Inlet utilidor to address low water pressure and leaks and low capacity,” Ehaloak said. “We have secured funds to upgrade the facility and we are working diligently to ensure that this system and repairs are done.”

Ehaloak said her department will be responsible for the cleanup of the leak.

The department is also sharing information about the spill with Nunavut’s Department of Health and Department of Environment, as well as Health Canada, Ehaloak said.