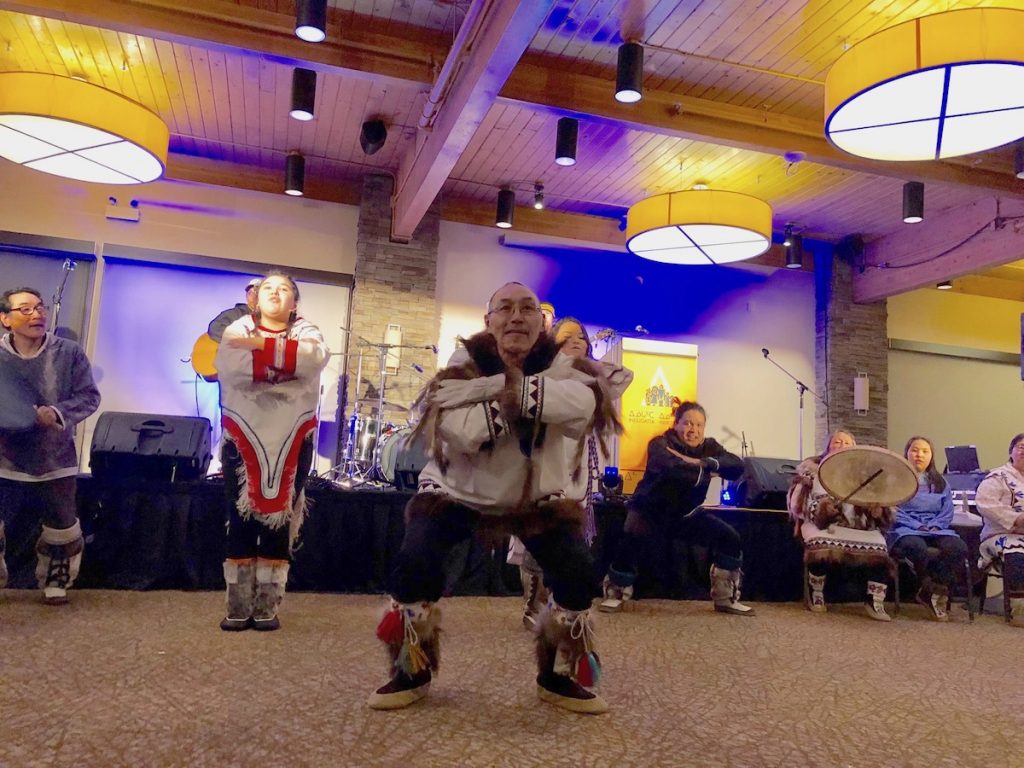 Jerry Puglik of Cambridge Bay dances with others from around Nunavut at the closing gala of the Inugatta Inuktuuqta language conference. The three-day conference, which looked at Inuktut-language revitalization, ended with an evening of entertainment and a keynote address from Nunavut Commissioner Nellie Kusugak, saying “it’s not too late” to act. More later on Nunatsiaq.com. (Photo by Jane George)