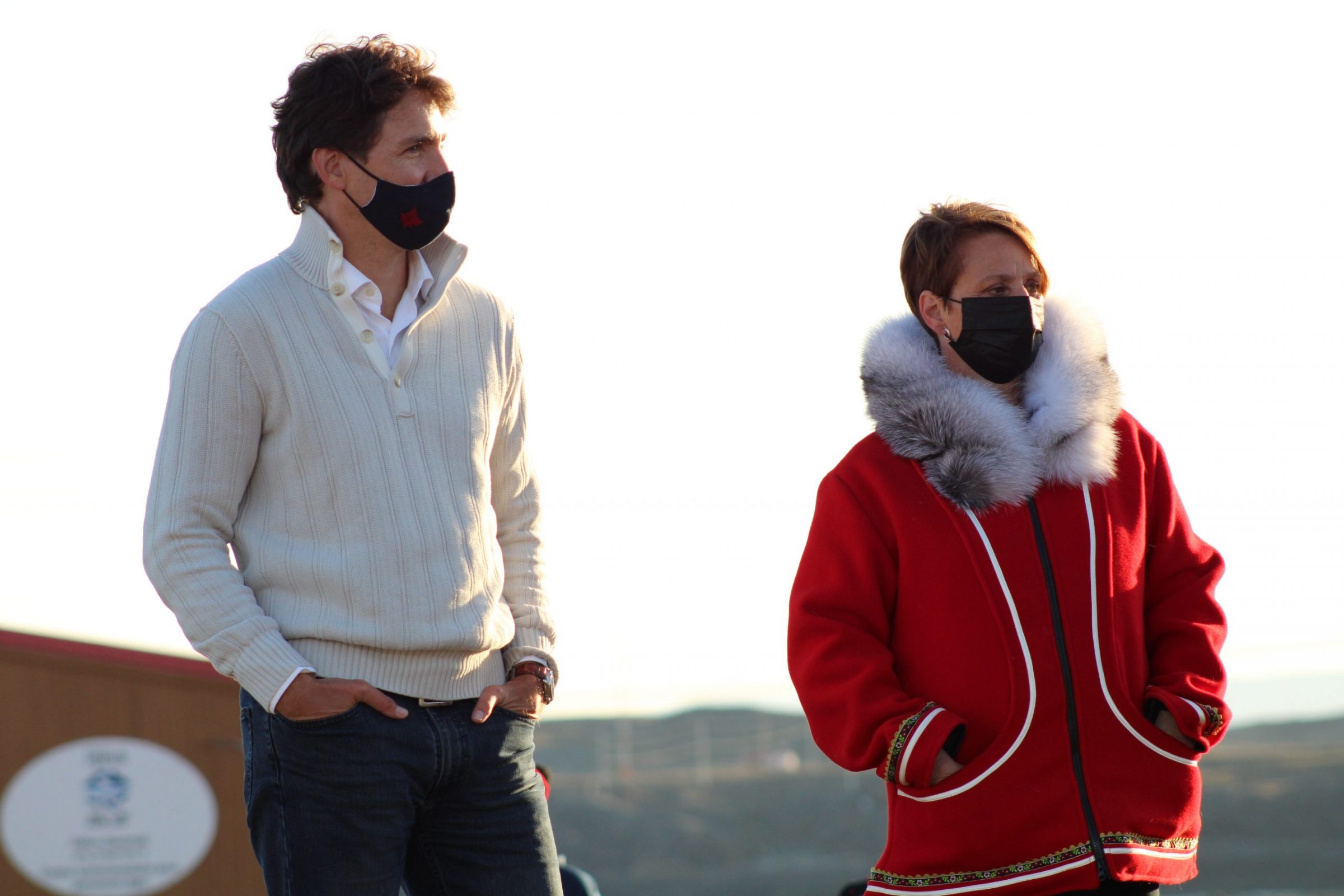 The Liberals’ candidate for Nunavut, Pat Angnakak, says her party’s platform includes measures that will improve housing and health care delivery in the territory.

That includes a promise, mentioned by Prime Minister Justin Trudeau during his visit to Iqaluit this week, to put $360 million towards housing in Inuit Nunangat. It’s part of a larger $2 billion commitment toward Indigenous housing.

That includes $400 million toward improving virtual care across Canada. While only some of that funding will go to Nunavut, Angnakak said it will help address the nursing and doctor shortage in the territory.

“That’s something that will be very beneficial for us,” Angnakak said in an interview after her party’s platform was released, adding virtual care helps alleviate the challenges of healthcare to isolated communities.

The Liberals are also committing to pressure major internet providers to improve internet in rural and northern communities. The platform says they will apply a “use it or lose it approach” to telecom companies that have bought the rights to wireless broadband spectrum, and that those rights will be given up unless companies speed up the roll-out of wireless and high-speed internet in rural and northern Canada between now and 2025.

The platform includes a section with Inuit-specific commitments, including a promise to ensure Inuit communities directly benefit from nearby major resource projects.

“I think there’s a lot of great starts here and I really hope I’m a part of that,” Angnakak said of the Liberal platform.

Candidates running in the Sept. 20 federal election to represent Nunavut are (from left to right): Liberal Pat Angnakak, the NDP’s Lori Idlout and Conservative Laura MacKenzie. (Photos courtesy of the candidates)

The NDP’s candidate for Nunavut, Lori Idlout, said the Liberals’ platform includes the same promises they have made in the past.

“If the Liberals had been following through on their platform we wouldn’t still be fighting for the same [initiatives],” Idlout said.

Idlout said her party’s housing plan will build more homes and better address poor living conditions in the territory, such as mold.

The Conservatives’ candidate for Nunavut, Laura MacKenzie, also accused the Liberals of failing to make good on past commitments.

“The Liberals continue to make a lot of promises, but are lacking on action,” MacKenzie said in a statement.

MacKenzie added that initiatives she intends to address in Nunavut include local training for mental health workers.

Angnakak said that no platform will make everybody happy.

“But I think we are doing the best plan going forward,” Angnakak said.

The federal election is on Sept. 20.