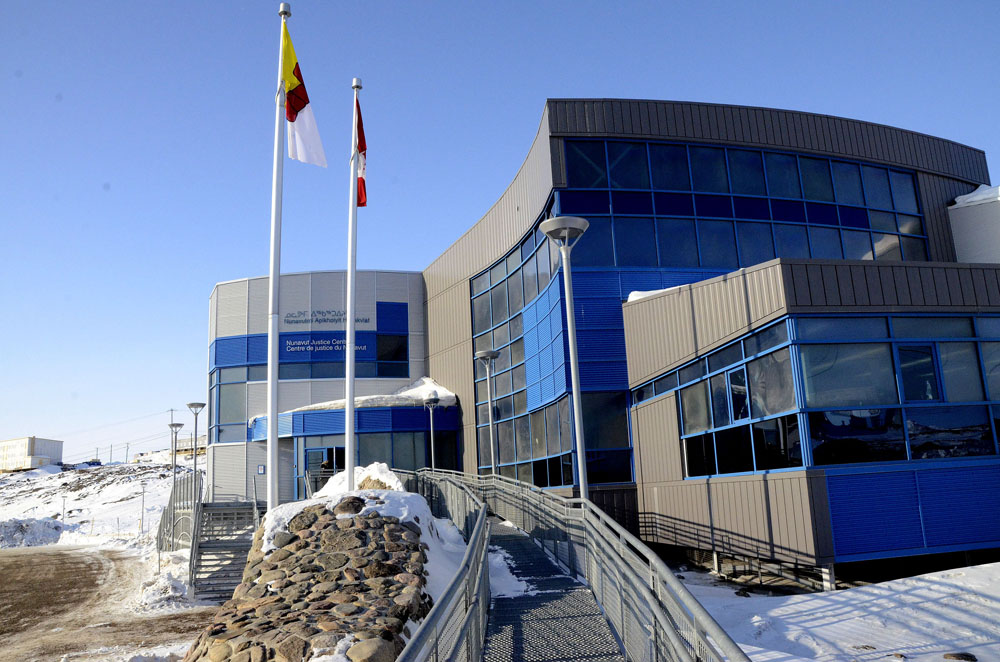 Justice Christian Lyons has sentenced Aamusie Charlie Qaqasiq of Pangnirtung to seven years in prison for the unprovoked attempted murder of a 16-year-old boy in 2018. (File photo)

Warning: This story contains disturbing details that may upset some readers.

Although five psychiatrists disagree on what lay behind his bizarre, violent behaviour, Aamusie Charlie Qaqasiq, 23, will serve a seven-year prison sentence for the unprovoked attempted murder of a 16-year-old boy at the Pangnirtung co-op store in 2018.

Justice Christian Lyons made this decision in a written judgment issued on Tuesday, Oct. 27.

“This is one of the most disturbing cases of violence that has come before me as a judge in Nunavut,” Lyons said.

His judgment did not name Qaqasiq’s community, but previous media stories and RCMP news releases report the attempted murder occurred in Pangnirtung.

On the morning of May 19, 2018, Qaqasiq walked into the Pangnirtung co-op store and used a hunting knife to attack a 16-year-old boy, known only as “KL.”

Although KL had seen Qaqasiq around the community once in a while, he had never spoken to him before, the judgment said.

Qaqasiq pinned KL to the floor and stabbed him repeatedly in the upper body until store employees managed to restrain him, allowing KL to flee down a shopping aisle.

But Qaqasiq broke free and chased KL to the end of the aisle, where he again pinned the boy to the floor and continued stabbing him in the back.

The boy received 15 major stab wounds: six on his back, three on his chest, one each on his shoulder, abdomen and flank, lacerations to his palm and cheek, and a six-inch gaping wound in his forearm.

“Long after the attack he suffered pain, muscle aches, and had difficulty lifting things. He has since largely recovered physically from the attack but is left with significant scarring,” Lyons said.

Qaqasiq told a psychiatrist that he was stoned when he committed the crime, Lyons said.

“He said he didn’t feel good that day and just felt like killing somebody. He didn’t know why he felt that way, but for some reason he didn’t care about life that day.”

He also has a history of bizarre, violent behavior, such as hitting people with rocks and beating them up. He once trashed his aunt’s home while intoxicated on cannabis and alcohol, and while holding a machete chased a random man down the street, threatening to use the machete on the man’s head.

In discussing Qaqasiq’s state of mind, Lyons referred to reports made by five different psychiatrists before and after the attack on KL.

One psychiatrist, Dr. Julian Gojer, diagnosed Qaqasiq with schizophrenia in a report done for the defence.

But other psychiatrists disagreed. A psychiatrist who treated Qaqasiq in Iqaluit said this diagnosis is unclear and that Qaqasiq’s thoughts are organized. Another said Qaqasiq’s behaviour could have been produced by a drug-induced psychosis.

But two others said they believe Qaqasiq was trying to fake a mental illness.

Dr. Karen De Freitas, a forensic psychiatrist who is medical director of the forensic program at the Ontario Shores Centre for Mental Health Sciences in Whitby, Ont., spoke frequently with Qaqasiq over a 90-day period.

She and her staff did not explicitly rule out schizophrenia, but her report said it’s more likely his bizarre behaviour was the result of faked symptoms and extensive drug abuse.

“While at Ontario Shores, observations of staff members did not support his reported symptoms, and psychological tests showed that he was most likely feigning symptoms of mental illness,” Lyons said.

Qaqasiq’s drug use history is inconsistent. At various times he told people that leading up to the attack on KL he had consumed a virtual pharmacopeia: five grams of marijuana, Prozac, Cogentin, clozapine, Wellbutrin, gabapentin, crack cocaine, and an opiate.

Lyons said Qaqasiq knows he’s prone to extreme violence under the influence of drugs, which increases his culpability. The profound impact of the attack on KL and his family is also an aggravating factor.

And the application of Gladue principles do not change the need to send Qaqasiq to prison.

“Given the severity of Aamusie’s offence, the protection of society is paramount, and a lengthy custodial sentence is required,” Lyons said.

Qaqasiq has already spent 924 days in pre-sentence custody, so Lyons gave him credit for that time on a 1.5 to one ratio, which means he gets credit for having served 1,386 days.

That means he has roughly 1,196 days, equal to about three years and three months, left to serve.