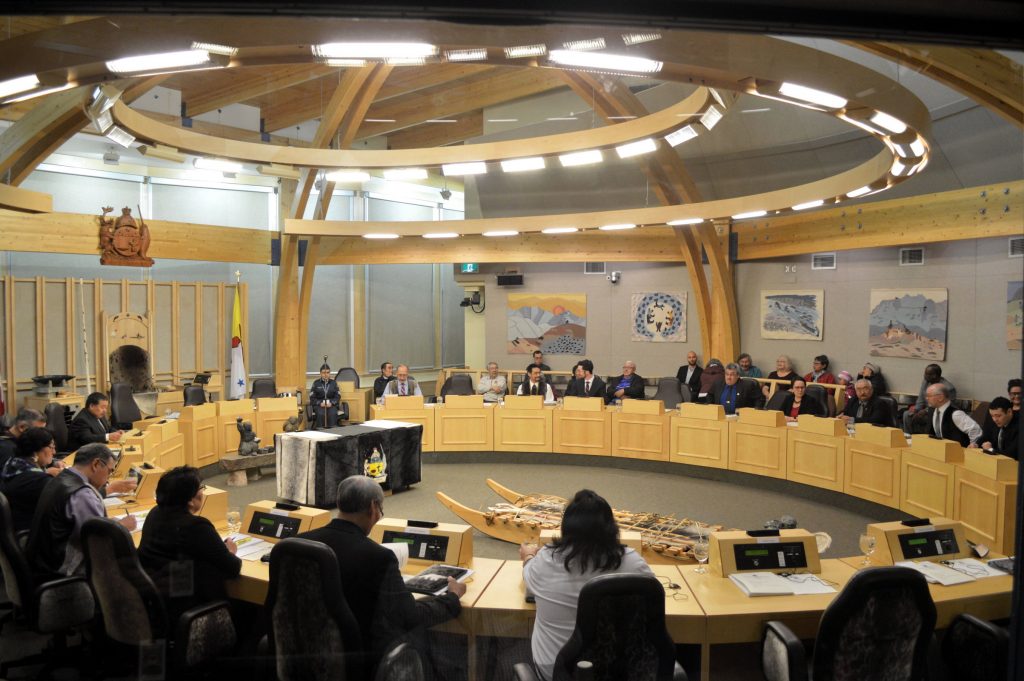 The Nunavut legislature’s latest disclosure of pay information shows that, as in the past, nearly all MLAs fall within the top five per cent of wage earners in Canada and some are close to the top one per cent.

Nunavut MLAs, through the office of the Nunavut Legislative Assembly, this week disclosed their total pay packages for the period between April 1, 2018, and March 31, 2019.

The lowest-paid member was Iqaluit-Manirajak MLA Adam Arreak Lightstone, at $121,942.

That’s because Nunavut MLAs are compensated under a complex system of payments called “indemnities” and “allowances,” which depend on their duties and where they live.

Added to that are special indemnities for cabinet ministers and the Speaker, and housing allowances for some MLAs.

And MLAs get the same northern allowance payments given to unionized Government of Nunavut workers, ranging from a low of $15,018 for MLAs who reside in Iqaluit and a high of $26,640 for Netsilik MLA Emiliano Qirngnuq, who’s from high-cost Kugaaruk.

Statistics Canada reports that to be in the top five per cent of wage earners for 2017, Canadians needed to have a total income of at least $124,100.

To be in the top one per cent of wage earners for 2017 required an income of just over $236,000 a year, Statistics Canada reports.

The full document, which includes MLA constituency expense reports, and travel and living allowance reports, is attached below.