Members will vote in new cabinet minister during leadership forum 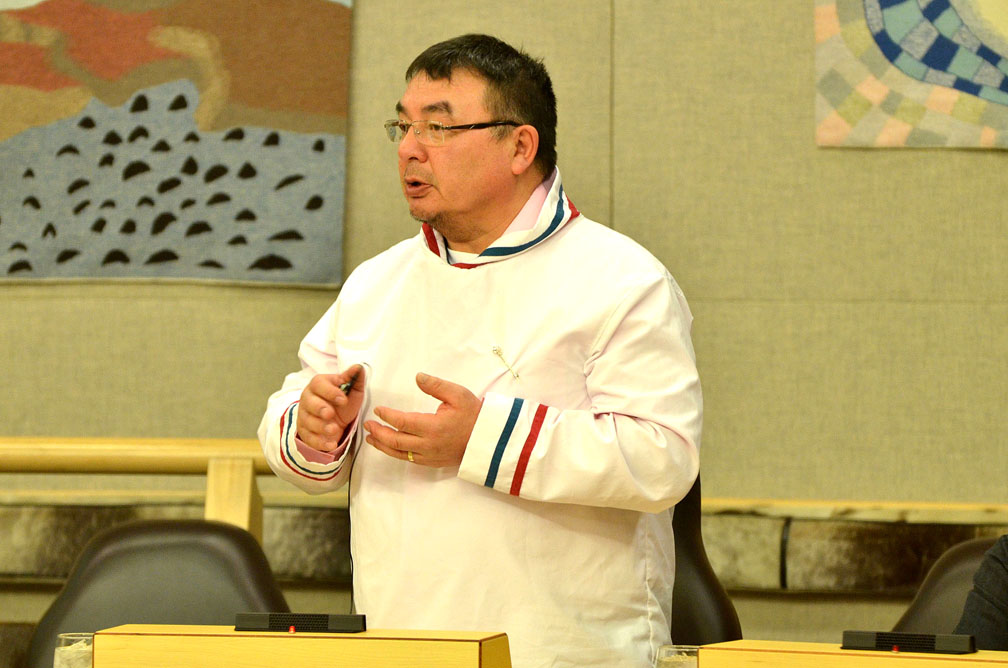 Patterk Netser, MLA for Aivilik, was removed from Nunavut’s cabinet today. He will continue to represent his riding as a regular member. Members will vote in a new cabinet minister during a leadership forum in the near future. (File photo)

“I didn’t take any pleasure from doing this,” said Premier Joe Savikataaq, who brought forward the motion to remove the MLA for Aivilik.

“But it’s a decision that had to be made.”

The move comes after Netser made a social media post earlier this month about the Black Lives Matter movement and abortion that Savikataaq called “unacceptable.”

Paul Quassa, Speaker of the House, said that Nakashuk is supposed to fly to Iqaluit this weekend. Members are waiting for Nakashuk to arrive before holding a leadership forum to vote a member into cabinet to take Netser’s position, Quassa said.

Meanwhile, Quassa said the regular business of the legislative assembly will resume on Monday afternoon whether or not Netser’s position has been filled by that time.

Netser was the minister responsible for the Nunavut Housing Corp. and Nunavut Arctic College. These portfolios have been temporarily assigned to Savikataaq and David Joanasie, respectively.

“The member should have known better,” Lightstone said of Netser while debating the motion.

“The comments made were unbefitting for an elected official, let alone a cabinet member.”

However, Netser continued to defend himself. He rose in the legislature to make a point of order while Savikataaq brought his motion forward, saying, “I never raised any issues on ethnic groups.”

“I spoke out on behalf of unborn babies across Canada that have been aborted, and I had no intention of saying any racial remarks towards any ethnic group.”

Since he was stripped of his cabinet positions on Oct. 8, Netser has continually said that he has a right to freedom of speech.

“Freedom of expression does not equal freedom from consequence,” Lightstone said in response to that. “The fact that the minister is still defending his position leads me to believe that there is no remorse for his actions.”

Jeannie Ehaloak, member for Cambridge Bay, rose to say that Nunavummiut have the right to receive services from their government without fear of discrimination.

“When a cabinet minister makes these types of statements, it can bring into question the impartiality of the government with respect to delivery of services,” she said.

Qirngnuq was the only member who voted against the motion to address it in the house.

In Inuktitut, he said he’s not comfortable with the motion because the note Netser wrote that caused offence wasn’t written in the house.

“We have to think that the constituents are the ones who got us to this house,” he said.

Netser will continue to represent his riding of Aivilik as a regular member.