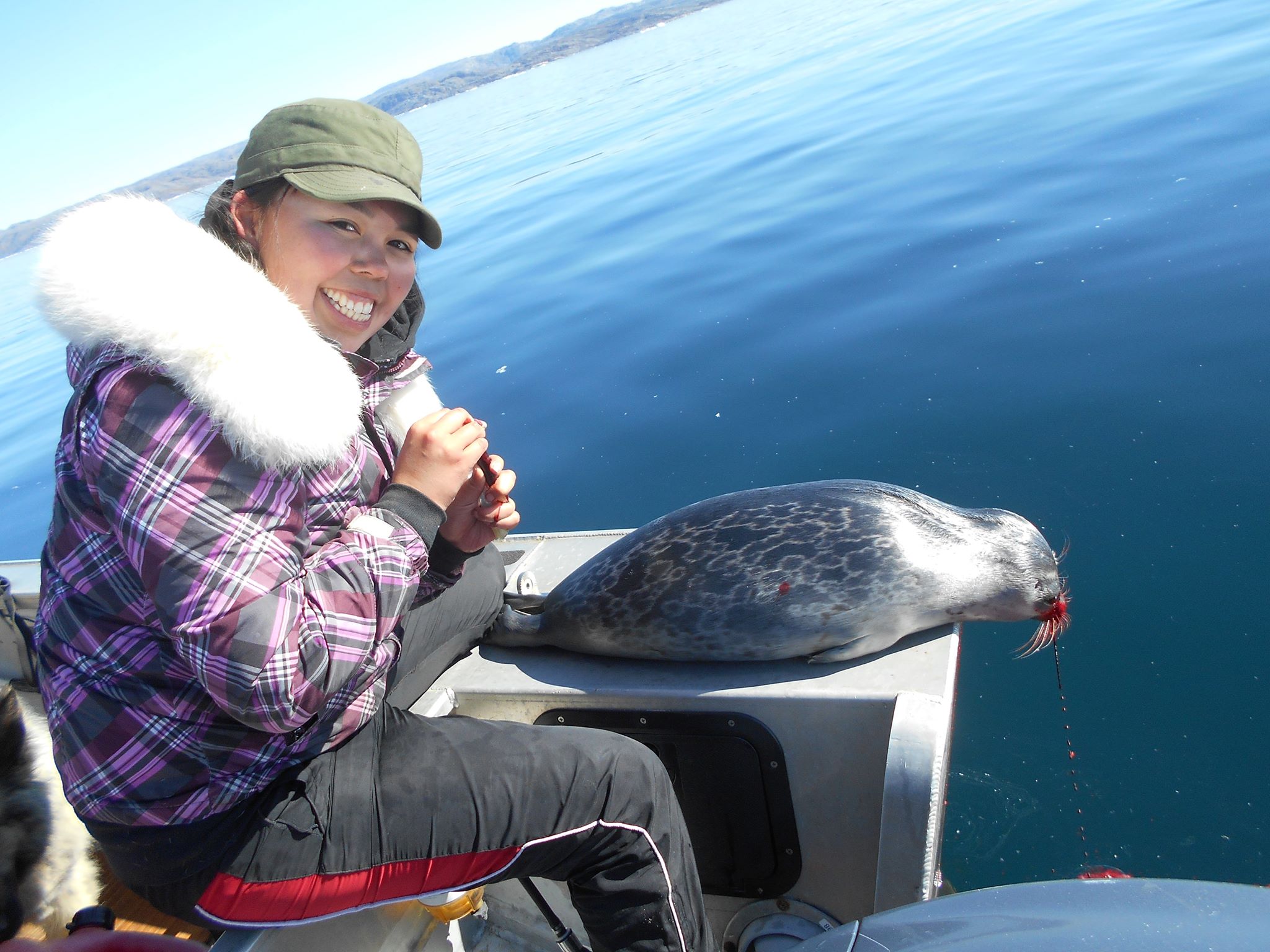 A Nunavut PhD student has received a national award for her research into the health of marine wildlife in the Canadian Arctic.

University of Manitoba doctoral student Enooyaq Sudlovenick is among the 2021 recipients of the Weston Family Awards in Northern Research.

Sudlovenick, 29, was born in Iqaluit. She completed a master’s of science in veterinary medicine at the University of Prince Edward Island, where she studied the health of Arctic char and ringed seals.

Sudlovenick is one of 10 doctoral students to be named to the award this year, which includes a cash prize and support towards her research, funded by the Weston Family Foundation.

Her research involves sampling marine wildlife harvested across the North to identify bacteria present in the animals. Sudlovenick interviews hunters, elders and Inuit who process the harvested animals as part of her work.

In a 2019 interview with Nunatsiaq News, Sudlovenick talked about how important Inuit traditional knowledge is to her research.

“I really wanted to listen to locals to find out what their thoughts on this research were, and what research they wanted to see,” Sudlovenick said.

You can see the full list of 2021 Weston awards winners here.