Distraught 48-year-old man will be held for medical evaluation 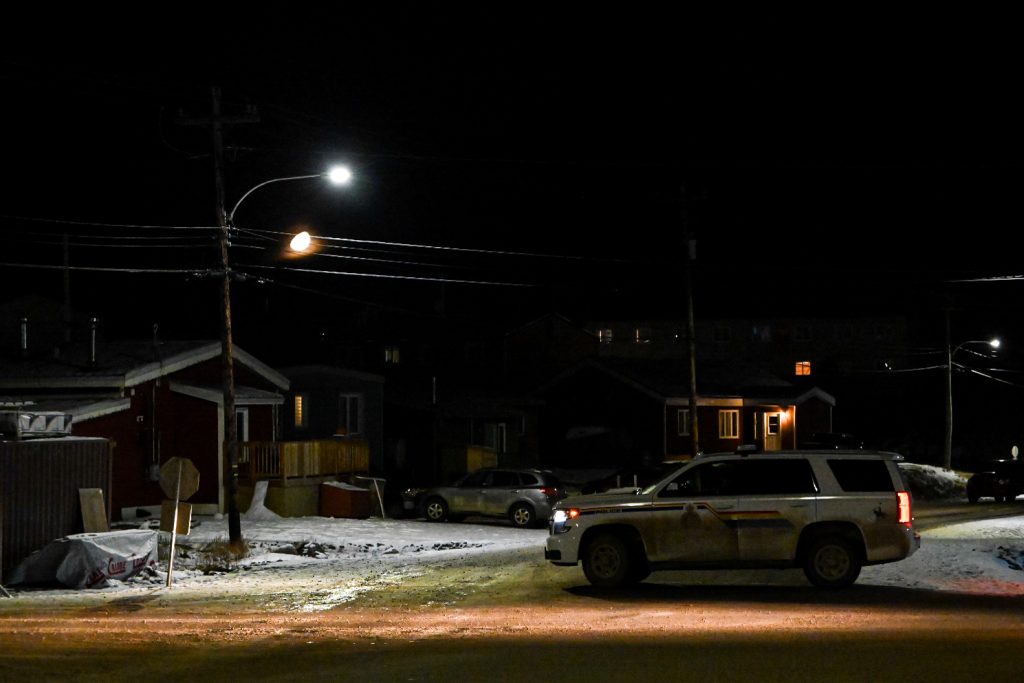 RCMP crisis negotiators, a containment team and members of the Iqaluit RCMP detachment responded last night to what appeared to be another armed standoff in Nunavut’s capital. See Nunatsiaq News later today for more. (Photo by Dustin Patar)

RCMP crisis negotiators, a containment team, and members of the Iqaluit RCMP detachment have resolved an incident involving a distraught 48-year-old man in what appeared to be another standoff incident in Nunavut’s capital last night .

“The RCMP Critical Incident team was engaged and successfully worked to negotiate a peaceful resolution to this event,” police said in a brief email at around 9:15 a.m. this morning.

That means the area is now safe and that it’s now “clear for the public to come and go.”

Police said a 48-year-old man suffering from medical difficulties combined with alcohol raised concerns about his safety and the safety of others at around 8:30 p.m. last night.

“The incident was resolved shortly after 2:00 a.m. with the male being taken into custody without incident,” the latest police news release said.

The man will not be charged with a criminal offence. Instead, he will be held until he can receive a medical evaluation.

“No firearms or other weapons were involved and no criminal charges are pending,” police said.

Last night, police had believed the situation may have involved an armed and barricaded person.

Prior to resolving the situation, police had warned residents in the area to stay indoors, but the area is now safe