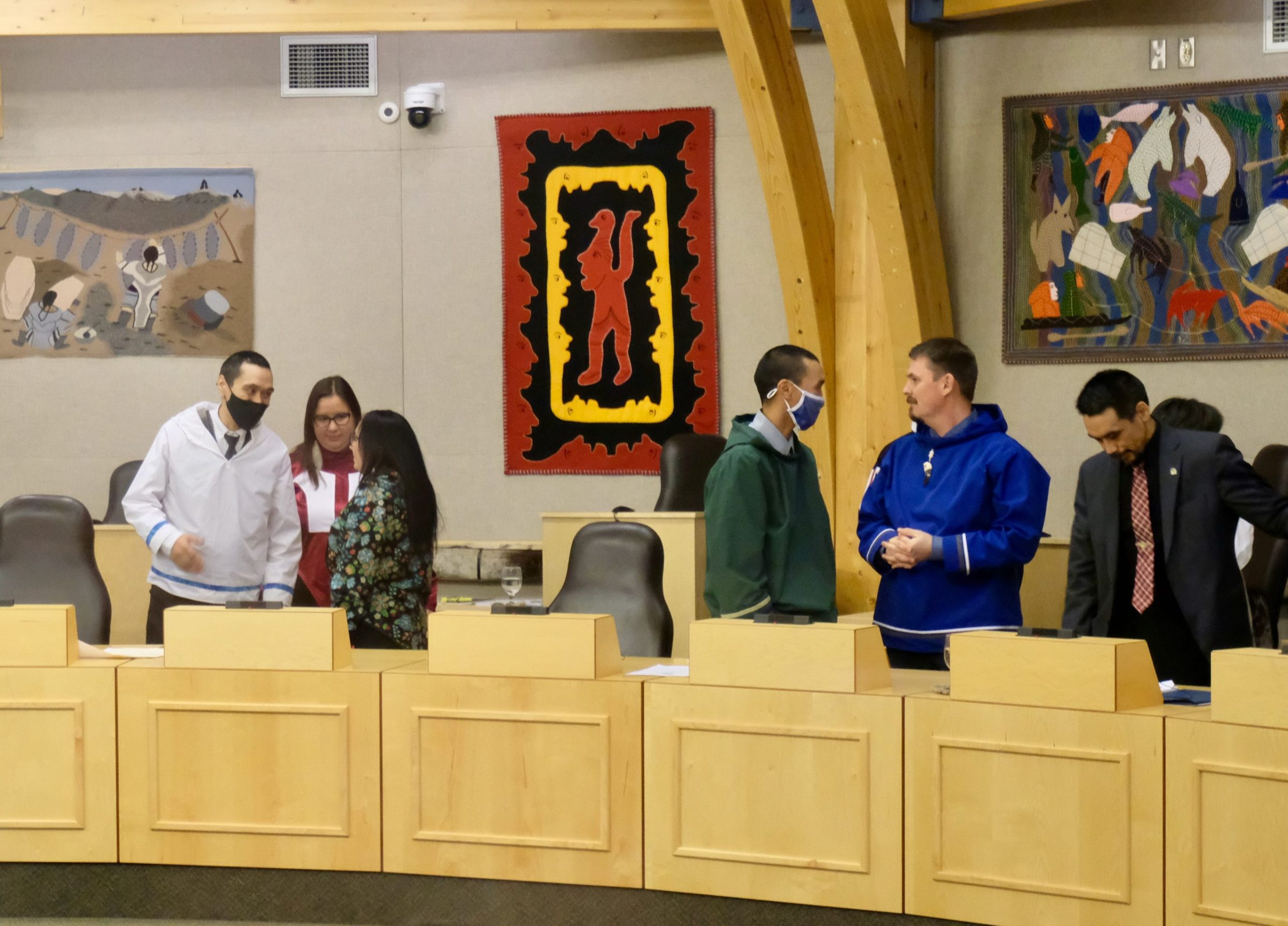 Nunavut’s full caucus of 22 MLAs have been invited to a mandate retreat in Cambridge Bay in December. The board members of Nunavut Tunngavik Inc. have also been invited to attend the first day. (Photo by Mélanie Ritchot)

For the first time, Nunavut’s premier is inviting representatives from Inuit organizations to attend part of a planning retreat meant to develop the 16th legislative assembly’s mandate for the next four years.

Nunavut Tunngavik Inc.’s board members will attend the first day of the retreat, scheduled to be held in Cambridge Bay from Dec. 6 to 10, according to a news release from the legislative assembly.

When asked whether he agreed with this claim and how he will work with Inuit organizations, Akeeagok said partnership is key.

“I very much look forward to meeting with [NTI] to really come openly and to really listen in terms of where we could collaborate,” he said in a Nov. 17 interview.

Kotierk said on social media that she and Akeeagok met on Nov. 22.

“I was pleased to meet with Premier Akeeagok this afternoon to discuss common priorities and how we can work together over the next few years to achieve transformational change for Nunavut Inuit,” Kotierk posted on Twitter.

The mandate retreat will also involve all MLAs as a full caucus, rather than only involving cabinet ministers, as is typical.

That’s something minister Lorne Kusugak proposed during the candidate debate when he was vying for the position of premier.

Joe Savikataaq, the former premier of Nunavut, is the caucus chair in the new government.

“One of the defining features of our non-partisan, consensus style of government in Nunavut is the opportunity for all members to deliberate as equals,” Savikataaq said in the release.