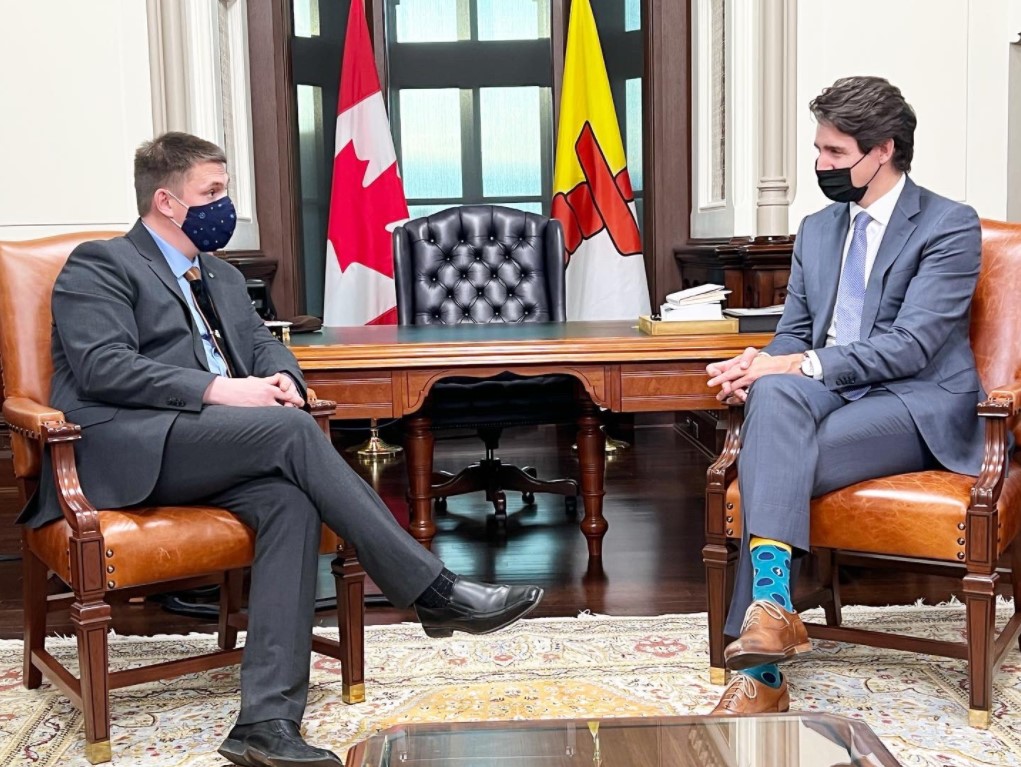 Nunavut Premier P.J. Akeeagok is scheduled to meet with Prime Minister Justin Trudeau Thursday afternoon, just three days after Akeeagok and his territorial counterparts called on the federal government to do more to fight the effects of climate change in the North.

On Monday, Akeeagok, Yukon Premier Sandy Silver and N.W.T. Premier Caroline Cochrane issued a joint statement, saying there needs to be “increased federal attention” on northern issues such as renewable energy and building infrastructure that can withstand the effects of climate change.

Akeeagok is one of several meetings on Trudeau’s public itinerary, released daily to the media by the Prime Minister’s Office. The PMO didn’t give any indication what the two leaders will talk about.

Trudeau and Akeeagok are slated to meet in Trudeau’s office in Parliament’s West Block. Trudeau’s calendar also includes a call with recently re-elected French President Emmanuel Macron and an in-person meeting with the Prime Minister of Latvia, Krišjānis Kariņš.

It will be at least the third time the prime minister and Nunavut premier have met since Trudeau’s government was re-elected last September and Akeeagok became premier in November.

They also both participated in the federal government’s April 1 announcement of $214 million to help improve Iqaluit’s water distribution — Trudeau from Ottawa and Akeeagok from Iqaluit’s city hall.