“There remain several items of uncertainty which must be addressed” 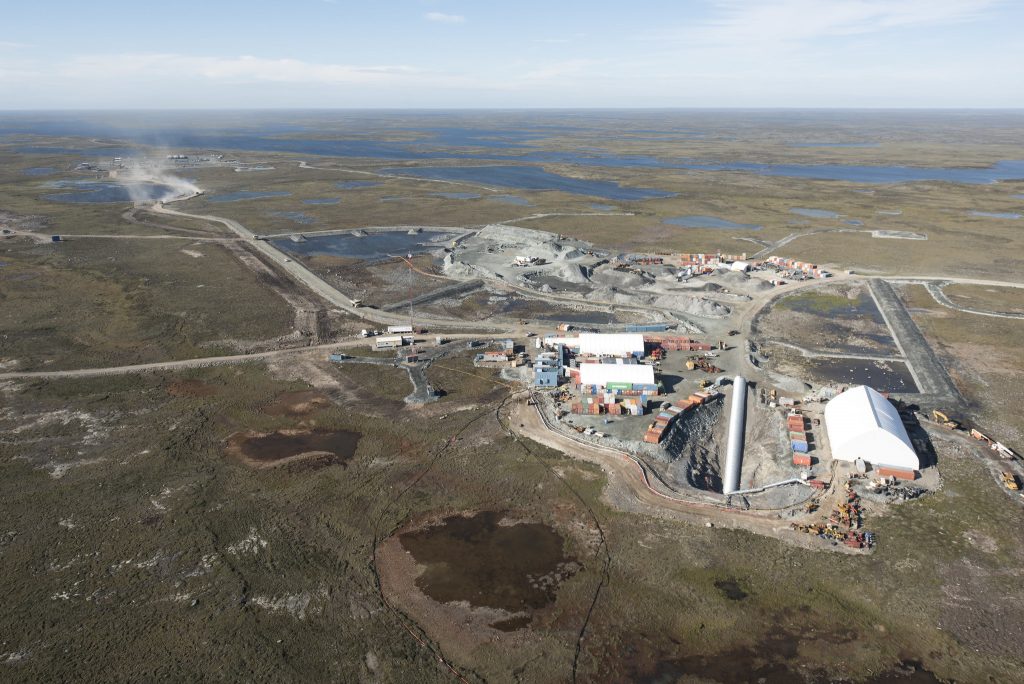 Members of the public and other interested parties have until Sept. 25 to submit information requests to the Nunavut Impact Review Board regarding the saline effluent pipeline project being proposed for the Meliadine mine. (File photo)

That follows a revised response to the board by Agnico Eagle Mines Ltd. about the potential impacts of the proposed pipeline from its Meliadine mine.

In July, the NIRB determined that the mine’s initial response to their request for more information about the potential impacts of the proposed pipeline was insufficient.

“The Board has determined that the revised impact statement addendum submission meets the necessary requirements in order to initiate the technical review period,” said NIRB Executive Director Karen Costello in an August 27 letter to Jamie Quesnel, Agnico Eagle’s regional manager for permitting and regulatory affairs.

According to the letter, the technical review process is meant to provide a detailed review of the project’s impact and the quality of the information provided.

In May, the Kivalliq Inuit Association alongside Nunavut Tunngavik Inc. and the Baker Lake and Issatik hunting and trapping associations all called for such a review, as the NTI said the proposed project is “a significant modification to the original project as previously assessed and approved by the NIRB.”

Among their concerns, and one echoed in recent NIRB submissions, is that the pipeline may impact local caribou populations and hunter’s access to them.

In her recent letter, Costello also advised Quesnel that “there remain several items of uncertainty which must be addressed.”

The first of those uncertainties focuses on an effluent discharge rate alternative.

Part of Agnico’s submission included an option to discharge up to 20,000 cubic metres of water a day, in comparison to the 800 cubic metres per day that was previously assessed.

While Agnico acknowledged in their submission that they had “not completed a full environmental and socio-economic assessment of this alternative” the NIRB board expects that such an assessment will be submitted.

The second uncertainty involves the treatment of an increased volume of saline effluent.

“As the volume of the proposed discharge under the current project proposal is considerably higher in scale than what was previously assessed, the Board expects that the associated treatment process would require to be scaled up appropriately,” stated the letter.

“The board expects that additional information on the treatment of the proposed discharge volumes will be provided.”

Agnico Eagle will have to respond to these and other requests submitted by the public and interested parties in their information request response package.

For those interested in submitting an information request, more information can be found here and once complete can be sent via email to the NIRB.

The deadline for information requests is Sept. 25.

Following several rounds of exchanges and reviews between the NIRB and Agnico Eagle, a technical meeting, community roundtable and pre-hearing conference is currently slated to be held between November 23 and 26.

A full list of the anticipated process can be found on the NIRB registry.

On Aug. 31, four days after the NIRB letter advising of the beginning of the technical review, the Meliadine mine reported a saline spill.

The discharge of water was immediately suspended.

In a Sept. 2 news release, Agnico Eagle advised the public that up to 11,000 cubic metres of water, the equivalent of approximately 305 tanker trucks, with levels of total suspended solids that exceeded regulations, had been discharged into Melvin Bay.

“Total Suspended Solids in water consist of suspended particles such as dust and soil, as well as organisms such as plankton and algae,” said the release.

“At this time, it is believed that the exceedance is largely due to algae developing in the pond used to hold treated water before it is being trucked to Itivia to be discharged.”

They stated that the discharge of water was immediately suspended and that they had reported the spill the Government of Nunavut, the Nunavut Water Board and the Nunavut Impact Review Board, among others.

Despite this, discharge activities remain suspended while investigations continue.

While the NIRB did receive a notice of the total suspended solids exceedance on Aug. 31, as of Sept. 10, they have yet to receive any follow-up report.