‘We all know there’s unilingual Inuit who have every same right as anyone else to vote,’ says Dennis Patterson 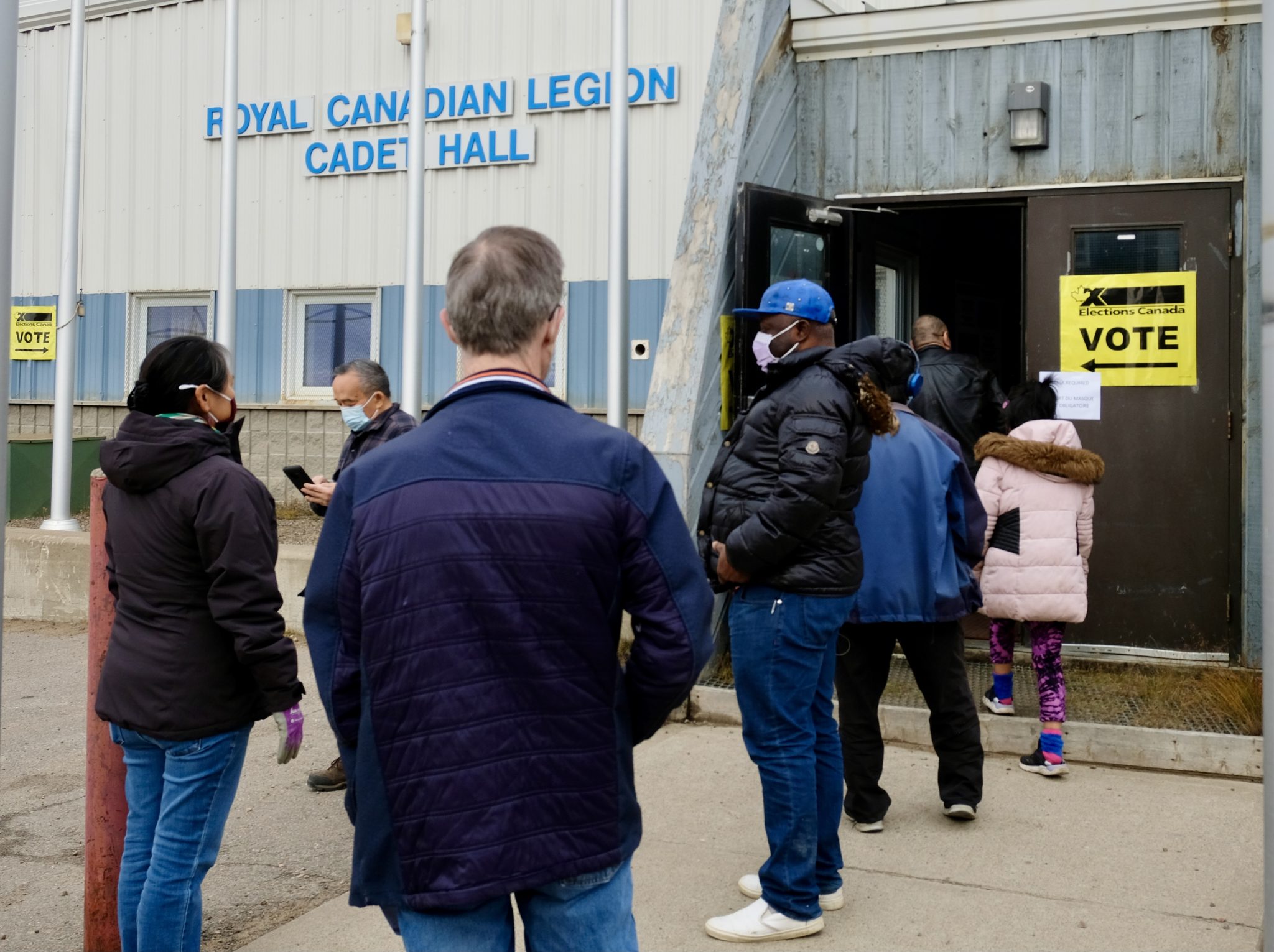 Voters line up at a polling station in Iqaluit on Monday. Senator Dennis Patterson says several Inuit elders have complained about the lack of Inuktitut signage at voting stations for the requirement that you wear a mask. (File photo by Mélanie Ritchot)

The Nunavut senator said several Inuit elders have raised concerns over how polling stations, which required voters to wear masks, did not post signs explaining the rule in Inuktut.

“We all know there’s unilingual Inuit who have every same right as anyone else to vote,” Patterson said in a statement released Wednesday.

“If Elections Canada is going to truly ‘[respond] to the needs of Canadians involved in the electoral process’ as they state on their website, then they need to ensure that unilingual Inuit don’t have language barriers at the polls.”

Under Nunavut’s Inuit Language Act, organizations in the territory are required to provide proper space for Inuktut in their signage.

If Nunavummiut have concerns about their language, Aariak said she encourages them to contact her office.

In 2019, Patterson said he secured an amendment to the Indigenous Languages Act that would have required federal departments to provide translation to Indigenous languages where the population numbers warrant a translation. But that amendment did not pass in the House of Commons.

Earlier this year, former Nunavut MP Mumilaaq Qaqqaq tabled an Indigenous languages bill that would have put Inuktut on federal ballots in Nunavut, but the bill also did not pass in the House of Commons before it was dissolved in August.

While putting new languages on a ballot may be challenging, Patterson said, an act as simple as putting Inuktut on a sign is easy to fix.

“My main concern is that we don’t have this happen again,” Patterson said.