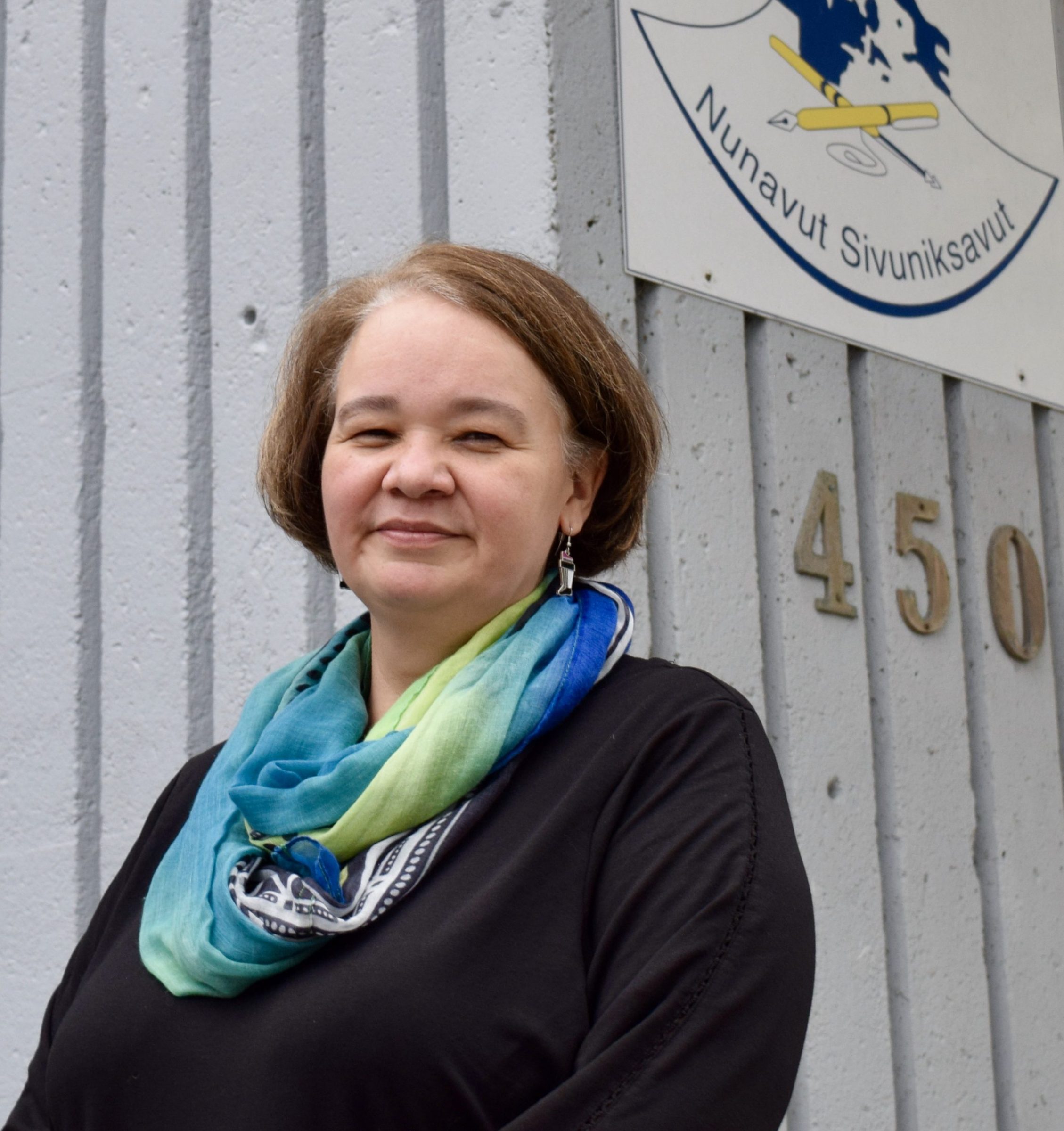 Nunavut Sivuniksavut’s executive director Lynn Kilabuk, 50, has lived in Ottawa several times throughout her life and has memories of visiting the school she now heads in her youth. (Photo by Madalyn Howitt)

Lynn Kilabuk has been the executive director of Nunavut Sivuniksavut for only a few months, but she’s had a connection to the Ottawa school for decades.

“When I was going to school for myself, I used to hang out on the NS couch,” she laughed, speaking from her office at the school’s Rideau Street headquarters.

“I knew the students who came here … my sister is an [alumnus] so I’ve been around NS in general, helping them, hanging around them.”

It’s perhaps fitting then that Kilabuk would eventually step into the shoes of long-time executive director Morley Hansen, whom Kilabuk knew from her days socializing at the school.

Launched in 1985 as a way for Nunavut Inuit to gain exposure to cultural learning experiences and study an Inuit-focused post-secondary curriculum, the school offers two certificate programs, Inuit Studies and Advanced Inuit Studies, that are accredited by Algonquin College.

“With my career path, it looked like another way I can help innovate and be directly involved with Inuit young adults,” Kilabuk said of the opportunity to head the school.

Originally from Pangnirtung, Kilabuk, 50, has previously worked with Qikiqtaaluk Corp., the NCC Investment Group, Kakivak Association, the Qikiqtani Inuit Association and most recently Larga Baffin, where she served as president.

She said her biggest inspiration in pursuing work with Inuit organizations was her mother, the late Meeka Kilabuk. A negotiator of the Nunavut Agreement and well-known Inuit leader, Meeka was the first elected secretary-treasurer of the organization that eventually became Inuit Tapiriit Kanatami. In the 1990s, she also helped plan the territory’s formation as a member of the Nunavut Implementation Commission.

“I grew up with her talking about land claims and Inuit rights.… It’s kind of in my blood because of her,” Kilabuk said of her mother’s influence on her career path.

Since March, when she officially assumed the role of director, Kilabuk has been tasked with leading the school through a second year of the pandemic.

“We were really worried about enrolment [and] how many people want to do virtual again, because it is extremely difficult and hard to do it when you’re doing it remotely from Nunavut — bandwidth is the No. 1 problem,” she said.

Numbers are indeed down this year — Kilabuk said 28 students are currently in the first year of the program instead of 45 initially — but Kilabuk said that staff “feel who’s here is still committed and wanting to do it.”

As for the future of the school, Kilabuk said she’s focusing on short-term goals for now.

“My biggest goal is trying to get people back in class, and of course I would love more Inuit staff and fostering that,” she said. “[And] just ensuring the school thrives as much as it has the last 30-plus years.”

Kilabuk is confident, however, that the feedback she’s received so far from students indicates the school’s future looks bright.

“It’s a sense of pride that everybody’s had, that I’ve heard, which is extremely exciting for me — getting back that pride in what you learn and what you start to piece back together of your culture,” she said of what the students have learned so far in the term.

Kilabuk said she wants students to see Nunavut Sivuniksavut as a ray of hope for the future, and that “they use it as a stepping stone towards understanding Inuit and their culture going forward.”