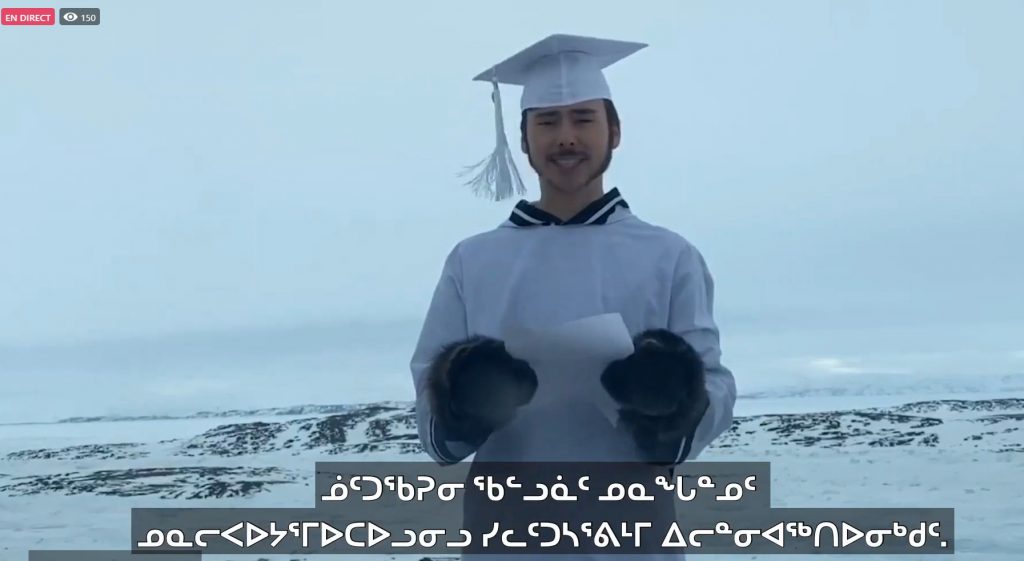 Nunavut Sivuniksavut graduate Luke Cornthwaite appears in his graduation gown and cap in Iqaluit as part of a broadcast graduation ceremony on Wednesday, May 13. (Image courtesy of IsumaTV) 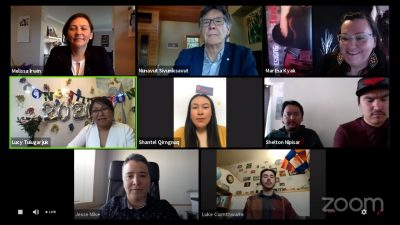 A handful of Nunavut Sivuniksavut instructors and graduating students opened the ceremony in an online Zoom discussion. (Courtesy of IsumaTV)

There were graduate gowns, speeches and tears.

For the first time ever, the Ottawa-based post-secondary program’s graduation was hosted online—one of many events moved online in the face of COVID-19 cancellations.

The ceremony, which lasted two and a half hours, was broadcast on IsumaTV on Wednesday, May 13, allowing Nunavummiut graduates and their families to tune in from across the territory and the country.

Shantel Qirngnuq was among them. The Kugaaruk student completed her first year at NS this spring and has since been accepted to enroll in a second year at the school.

“I’m so excited,” Qirngnuq said on the video broadcast.

“I really want other youth to apply [to NS] because it really helped me understand more about myself,” Qirngnuq said. “Even if [Ottawa is] really far from our communities, it feels like you’re at home.”

NS students were approaching the end of their semester in mid-March when COVID-19-related restrictions were put in place. At that point, students went into self-isolation and continued to follow their courses online.

In April, many NS students had to book into a hotel to do the 14-day quarantine required by the Government of Nunavut before they were permitted to fly home.

Graduates filmed speeches from their home communities for the broadcast of the ceremony, including Iqaluit graduate Luke Cornthwaite. 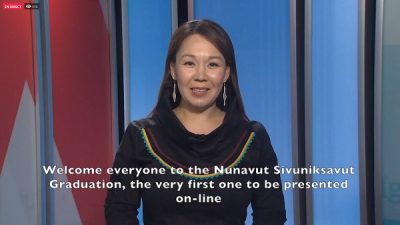 “Now I can say that I’ve experienced something huge that will be remembered for many years,” he told the broadcast. “Even though it wasn’t a pleasant surprise it gave the NS staff a chance to adapt and change how to teach through the internet.

“At first, I never thought of it as the best way to finish school, but all the NS staff have encouraged me to keep going and push through these hard times,” Cornthwaite said, videotaped in his graduation gown with Iqaluit in the background.

The graduation broadcast featured performances by musicians like Joshua Qaumariaq, Susan Aglukark and Twin Flames, as well as words of encouragement from Inuit leaders and Nunavut politicians.

NS first launched in 1985, making this its 35th year in operation.

The school has not yet determined how it will roll out classes in September 2020.

You can watch the ceremony on IsumaTV’s Facebook page.