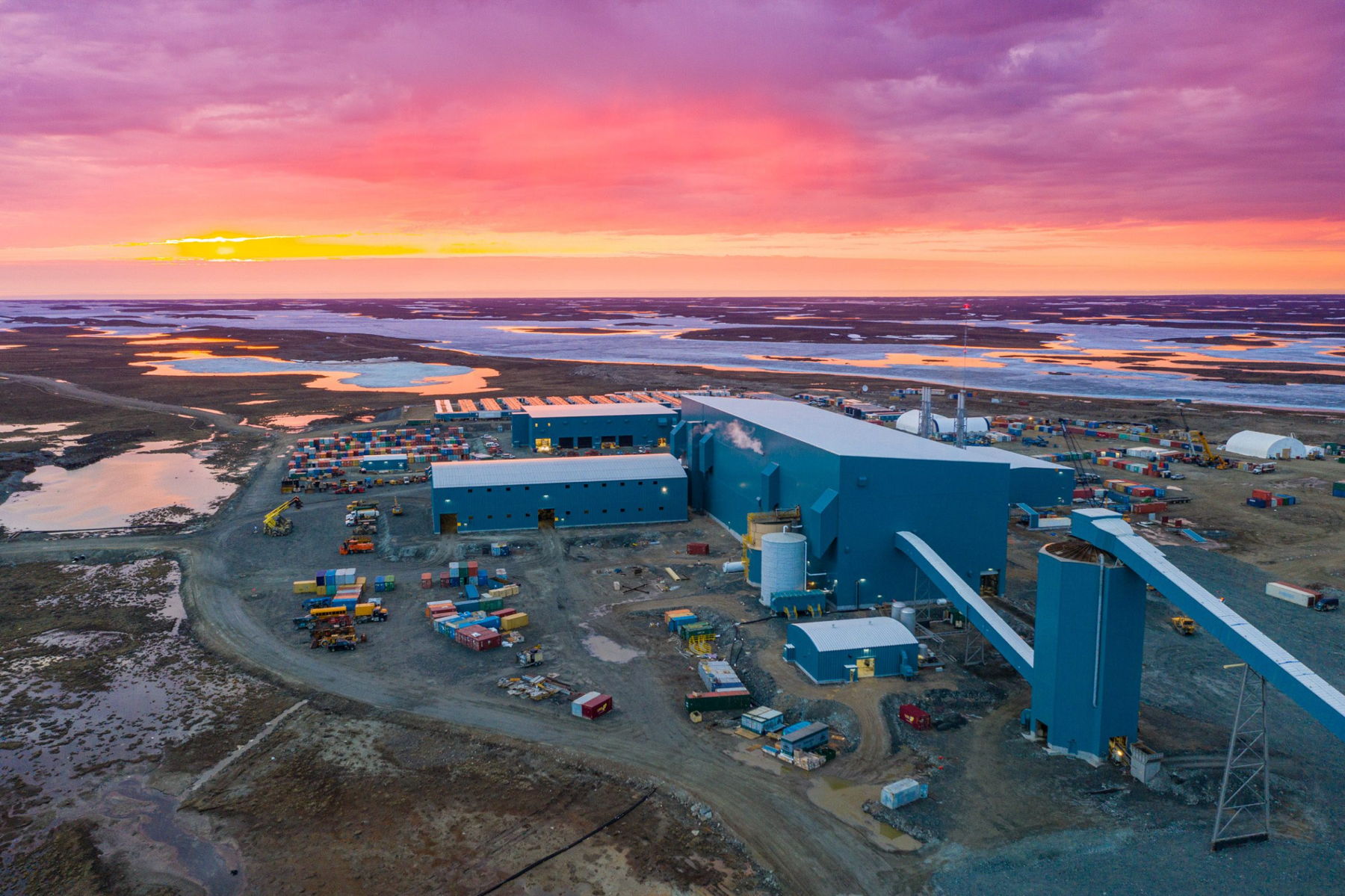 All people working at or visiting Agnico Eagle sites, including the Meliadine mine outside Rankin Inlet, will be required to have at least one dose of a Canadian-government approved COVID-19 vaccine starting Oct. 15. (File photo courtesy of Agnico Eagle)

It’s official: Nunavut surpassed the Northwest Territories in mineral production value for the first time in 2019.

Natural Resources Canada released finalized numbers for 2019 with its estimates for 2020, says Tom Hoefer, executive director of the N.W.T. and Nunavut Chamber of Mines.

Natural Resources Canada estimates for 2020, meanwhile, show Nunavut’s lead continue to grow, with its mineral production value at $2.07 billion, versus N.W.T.’s at $1.15 billion.

N.W.T. was once the envy of the North in terms of mining, but with global drops in diamond prices due to the pandemic and aging mines, that has been changing, Hoefer said in an interview.

“[N.W.T.’s success is] starting to slide now,” he said. “But in Nunavut, we’re seeing it going the other way, which would also mean more jobs and more business opportunities and more royalty sharing, assuming the market stays strong.”

Agnico Eagle Mines Ltd.’s Meliadine mine and Amaruq deposit at the Meadowbank mine began production in 2019; in that same time, the chamber says no new mines began operating in N.W.T.

Hoefer cited Sabina Gold and Silver Corp.’s Back River gold mining project, which received a project certificate from the Nunavut Impact Review Board in 2015, as another indication that will keep the trend going.

A large part of Nunavut’s success, Hoefer said, has to do with global markets, which have seen the prices of gold and iron do well, while diamond prices do poorly.

“It’s hard to predict what’s going to happen in the global marketplace and that would really affect mineral production values,” he said.

The company’s proposal to double its iron ore exports, build a railway and an additional dock at Milne Inlet is still in front of the Nunavut Impact Review Board, which will reconvene its public hearing in November.

“It would slow down growth,” Hoefer said, adding that it’s hard to forecast because of the expected increase in gold production over the next few years.

But Baffinland’s project is a good example of how the market could potentially turn against Nunavut, Hoefer said.

“Baffinland, for example, and others have predicted the iron market is going to turn around and go down,” he said. “So that can also override anything.

“We can be optimistic and everything but the reality is when the markets do what they do, we have to deal with it.”