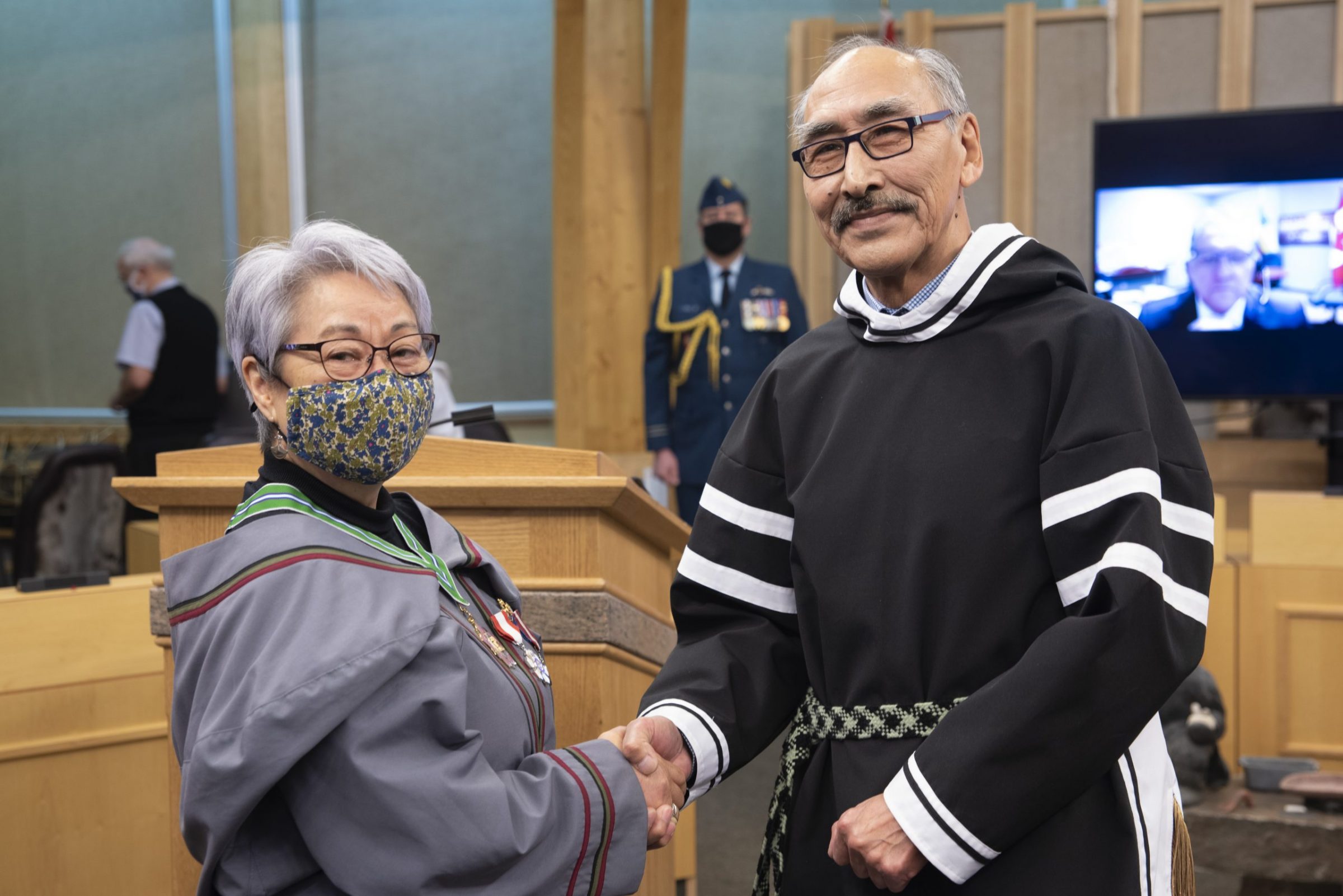 Eva Aariak is congratulated by Speaker Paul Quassa after being sworn in as the sixth commissioner of Nunavut during a ceremony inside the territorial legislature Wednesday. Aariak was also awarded with the Order of Nunavut during the ceremony. Attendees included Premier Joe Savikataaq, Nunavut Chief Justice Neil Sharkey and, by video-conference, Dan Vandal, the federal minister of northern affairs. (Photo courtesy of Michel Albert)