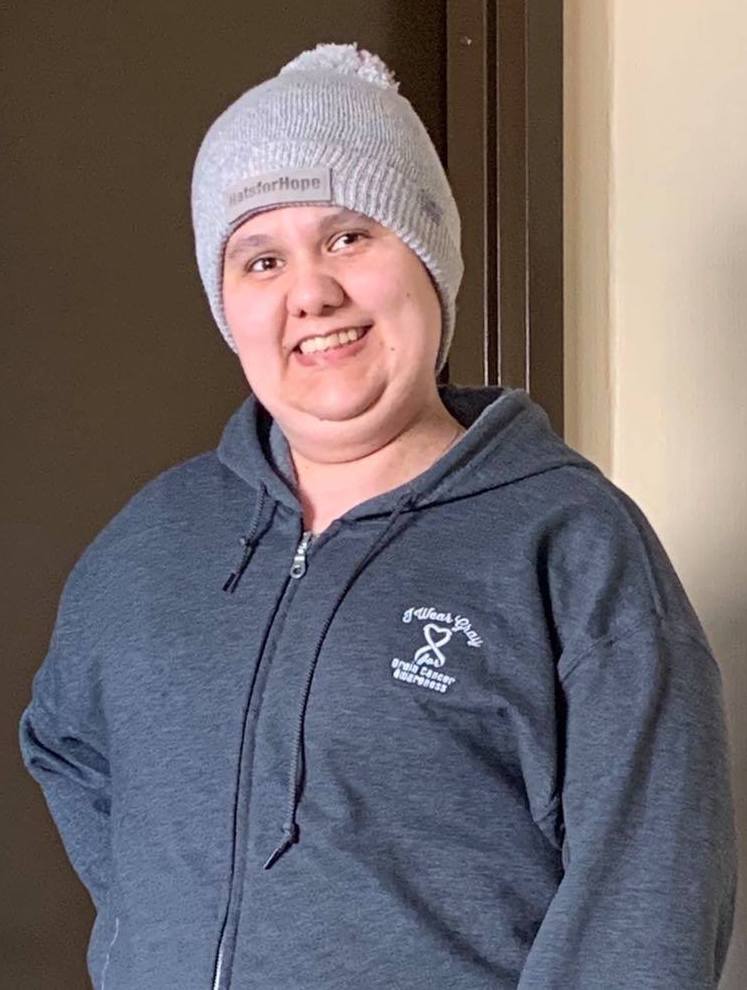 A 26-year-old Rankin Inlet woman who has had brain cancer since she was 18 months old wants to rally public support for her National Virtual Brain Tumour Walk this Saturday.

Alexandra Rudd is promoting the national effort to raise money for brain cancer research and plans to participate in the walk on June 27.

“Every day 27 young people will hear they have brain cancer,” she said.

She has been among them nearly all her life.

At 18 months, doctors discovered she had neurofibromatosis, which causes tumours to grow on nerves. Hers were behind her left eye.

The surgery left her blind in that eye.

But Rudd went on to attend local schools, and then Nunavut Sivuniksavut, from which she graduated in 2014.

“I couldn’t see the boards, so I had help in school and college,” she said of the challenges of being legally blind due to the damage to her eye.

Every three months, Rudd had to undergo a brain scan to make sure her cancer didn’t return.

Then, two years ago, doctors found a suspicious spot, which they finally decided to biopsy.

It turned out to be a rare, malignant brain tumour, called anaplastic astrocytoma grade three, that occurs in cells in the nervous system.

Rudd underwent “aggressive chemotherapy” and radiation therapy for six weeks and then more chemo every month for a year.

“I am in remission now, but some days I have no energy,” she said.

“And sometimes I have really bad headaches that last for a few days.”

Rudd, with her mother and sisters, plans to head out to walk from their house at 1 p.m. after the online opening ceremonies.

But, even if you are not in Rankin Inlet, you can join Rudd by contributing to her walk page.