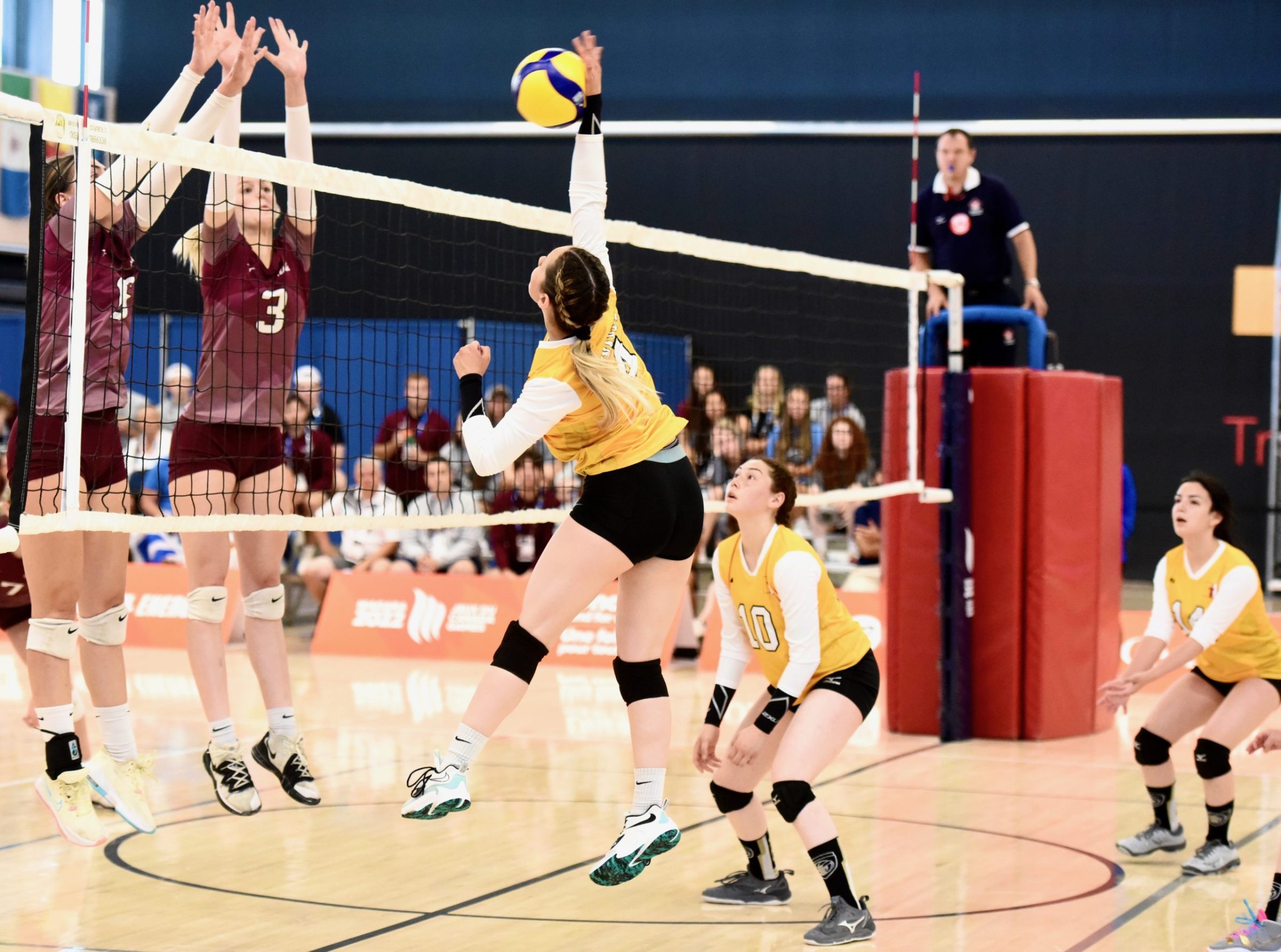 Nunavut captain Shanti Dias (#4) spikes the ball against Newfoundland at the team’s first volleyball match at the Canada Summer Games in Niagara on Tuesday. While Nunavut ultimately lost 0-3 against their east coast competitors, the game marked the first time that Nunavut has competed in the sport at the Games. (Photo by Denis Cahill)

Team Nunavut may not have netted a win in its first-ever women’s volleyball match Tuesday at the Canada Summer Games, but captain Shanti Dias said it was an “exciting” match nonetheless.

“I was ready to play hard. I was feeling excited and all my nerves left when I hit the court and the first serve went on,” Dias said.

Team Nunavut took on Team Newfoundland and Labrador in an early-morning match at the Canada Games Park venue Tuesday in Niagara, ultimately losing 0-3 to their east-coast rivals.

The matchup was a historic one for Team Nunavut, as it marked the first time the territory has sent an indoor volleyball team to compete at the Canada Summer Games.

N.L. kept a solid lead throughout the first two sets, staying a few points ahead of Nunavut and then pulling out to clinch the wins in the final stretches of each set.

Volleyball matches are played in five sets. In the first four sets, the first team to reach 25 points wins the set. If the game reaches a fifth set, teams play until one reaches 15 points. A team must win a set by at least two points.

The crowd was was cheering loudly for Nunavut who were hustling hard at the net, but it wasn’t enough to help them pull in front of N.L., with the first set ending 25 – 13 and the second ending at 25 – 12. 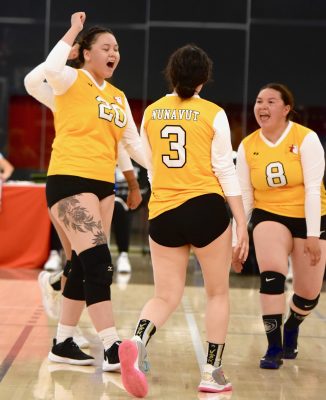 Set three was where things got interesting.

Some strong opening serves from Nunavut’s Shawna Kyak helped the team find its footing on the court. Nunavut put the pressure on their opponents and kept the game tied until each team reached 15 points, with NU even pulling ahead a few times during the set.

N.L. stayed close to the net though and managed to jump ahead to the set-winning 25 points, beating Nunavut’s 15.

Despite the early loss, head coach Beverly “Bev” Netusil said she had “chills” when the team set foot on the court.

“It was very exciting … These girls have been working very hard, some of them for six years now representing their territory, so this is kind of the final big tournament for them. It was really nice to see it all come together and be a part of that with them as their coach,” she said.

“We’ve put numerous years into our training for this event and it came out on the court … They really defended hard, they were swinging hard. I couldn’t be prouder of them.”

Netusil said she could feel the team rallying and pushing themselves harder during the third set.

“You could tell on the first set there was obviously a lot of nerves… so we took a second to take a little breather and calmed our nerves down.”

“We understand they’re the underdogs in this competition, so we have to take the wins where we can get them. Our final goal on that last set was to get to 15 and they did so they fought really hard,” she said. 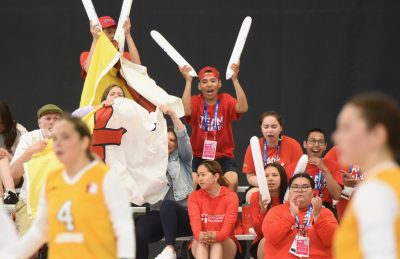 The crowd cheers on Team Nunavut at the women’s volleyball opening match against Newfoundland and Labrador at the Canada Summer Games on Tuesday in Ontario’s Niagara region. (Photo by Denis Cahill)

Dias said she’s feeling “comfortable and confident” leading the team and was focused on keeping up the momentum for its next game at 4 p.m. ET Tuesday against P.E.I.

“We’re just hoping to fix little mistakes we’ve been making that we know we could do easily,” she said, “mainly how many serves are going over and covering your blocker and whatnot.”

“We feel a lot of pressure to represent our territory,” Netusil said.