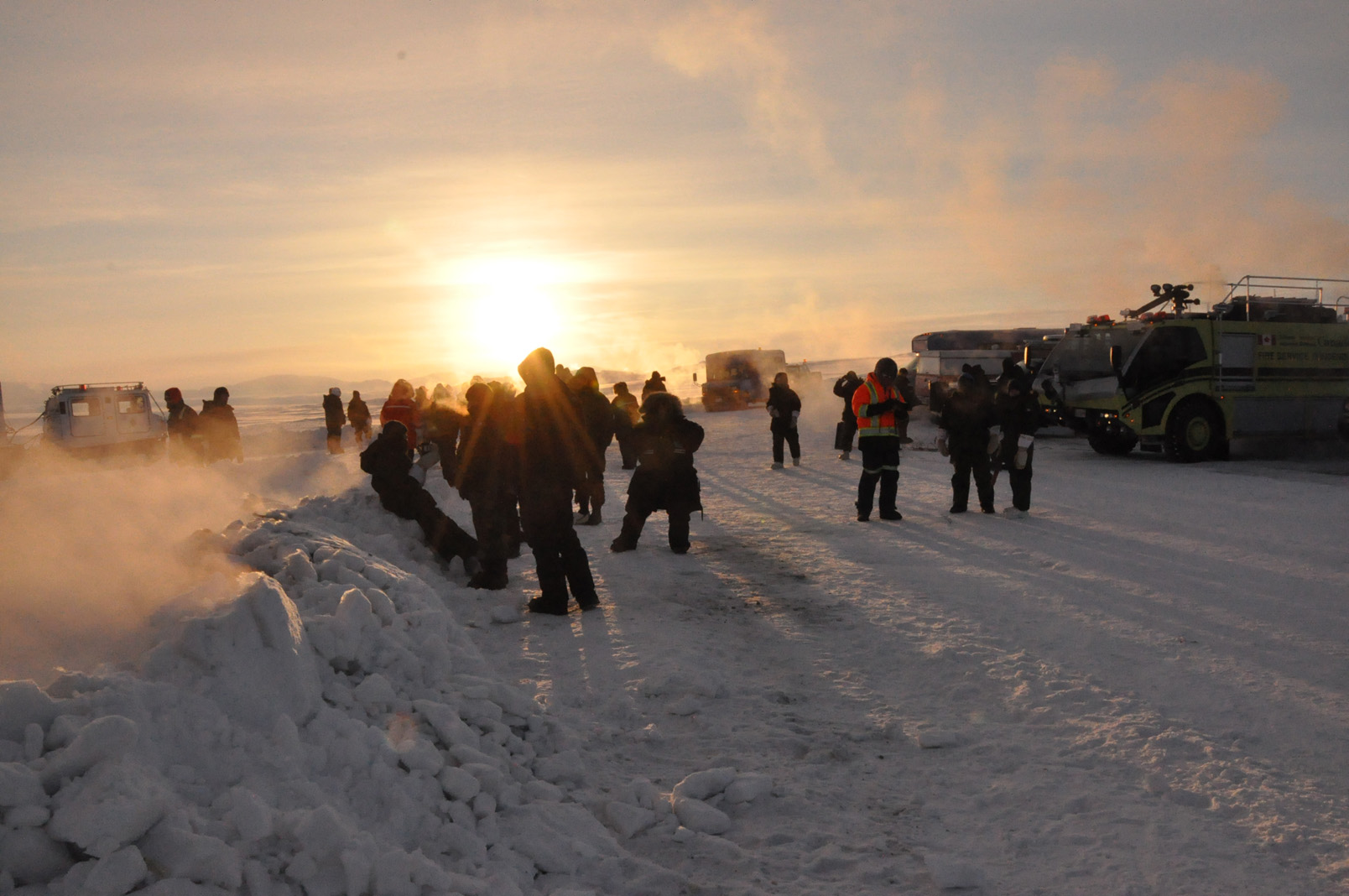 CFS Alert staff welcome back the sun in a March 2014 ceremony. This week, RCAF staff in Alert might have had too much sun, when the temperatures soared to a record-breaking 21 C. (Photo courtesy of RCAF)

Typically one of Nunavut’s coldest locations, the tiny community of Alert on Ellesmere Island is in the midst of a record-breaking heat wave this week, warming up to 21 C last Sunday.

Alert is the most northerly, permanently inhabited community and home to a Royal Canadian Air Force station.

When Environment and Climate Change Canada meteorologist Armel Castellan called to check in with its station manager Monday afternoon, he was informed that staff had to go outside to cool off—the office space isn’t used to that kind of heat.

Located at a latitude of 82 degrees north, the average summer temperature in Alert hovers just above three degrees Celsius.

The 21 C temperature registered on July 14 marks the region’s new all-time high, and that heat has continued through the week, with a high of 20 C on July 15 and 18 C on July 16.

“We’re at peak sun this time of year. And there’s been a high-pressure system over Greenland and a low-pressure system to the southwest, in the Arctic archipelago,” he said. “So in between them, we have this convergence of [southern] air, really pushing all the way north.”

It’s been a hot summer throughout much of the eastern Arctic. Iqalungmiut celebrated Nunavut Day in the territory’s capital July 9 as the mercury rose above 23 C, an all-time high for that day.

“It’s certainly been a very warm stretch,” he said.

In fact, through the spring months—March, April and May—Iqaluit saw a two degree bump in its average temperatures, from its average of -13 C up to -11 C.

Along with warmer temperatures, Iqaluit has also seen a drier spring and early summer, which doesn’t bode well for its fairly short window for replenishing its local drinking water source.

Iqaluit registered 52 millimetres of rainfall over the spring months, compared to the 75 mm the city usually gets.

Baffin Island, Foxe Basin and most of Nunavik are all expected to experience warmer than usual temperatures until September.

While Rankin Inlet saw a slightly warmer than average month of June, Environment Canada is forecasting slightly cooler than average temperatures through the Hudson Bay area and Kivalliq region for the rest of the summer.

Cambridge Bay saw a very wet month of June, with almost double its expected levels of precipitation—44 mm of rain compared to the average 20 mm. The Kitikmeot region is on track for mostly seasonal temperatures this summer.