The 2 politicians had their 1st meeting since P.J. Akeeagok was named to role 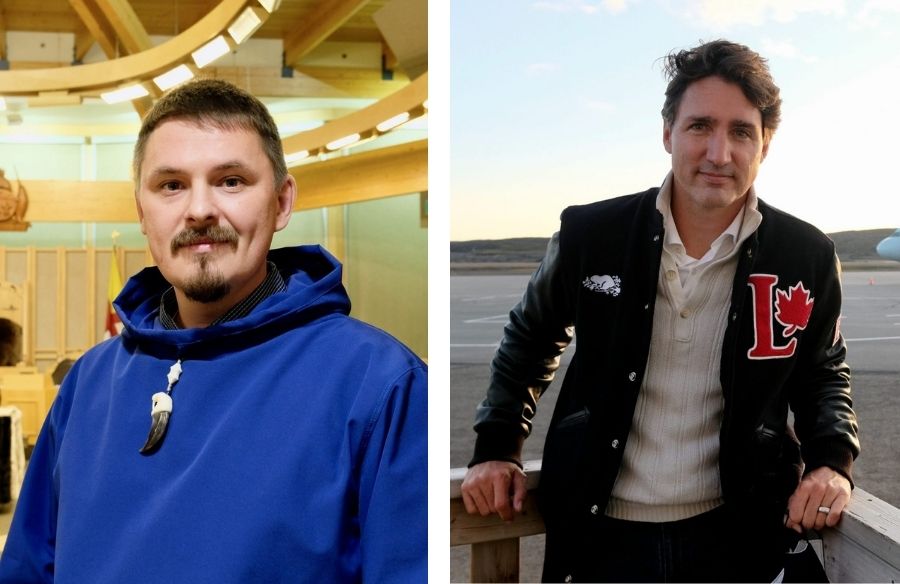 Nunavut Premier P.J. Akeeagok and Prime Minister Justin Trudeau’s history of working together is key to a partnership between the two levels of government, says Akeeagok. (Photos by Mélanie Ritchot)

The two politicians spoke over the phone for about 20 to 30 minutes Monday morning for the first time since Akeeagok was appointed premier. They talked about child care, housing, mental-health resources, reconciliation and more.

Akeeagok has worked with Trudeau on a number of other projects during his time as president of the Qikiqtani Inuit Association.

“That’s something I’ve always held very dearly, in terms of, you can’t do things alone,” Akeeagok said in an interview.

Akeeagok raised the issue of child care as an example, describing challenges in Nunavut that aren’t addressed in the government’s federally subsidized $10-a-day daycare program, such as there not being enough daycares in the territory.

That said, he says he’s “very optimistic” that Trudeau can deliver on the priorities they discussed.

When asked when Nunavummiut will see results from this conversation, Akeeagok said he will hold himself accountable for making sure the Government of Nunavut holds up its end of the bargain in a partnership with the federal government.

He’s been in touch with other politicians as well, “so we can unify our voice, really advocate for these larger issues where there’s alignment,” he said.

“But right now, I think it’s a clear signal that we’re wanting to work together.”