More than 100,000 square kilometres have been placed under protection through the creation of national parks 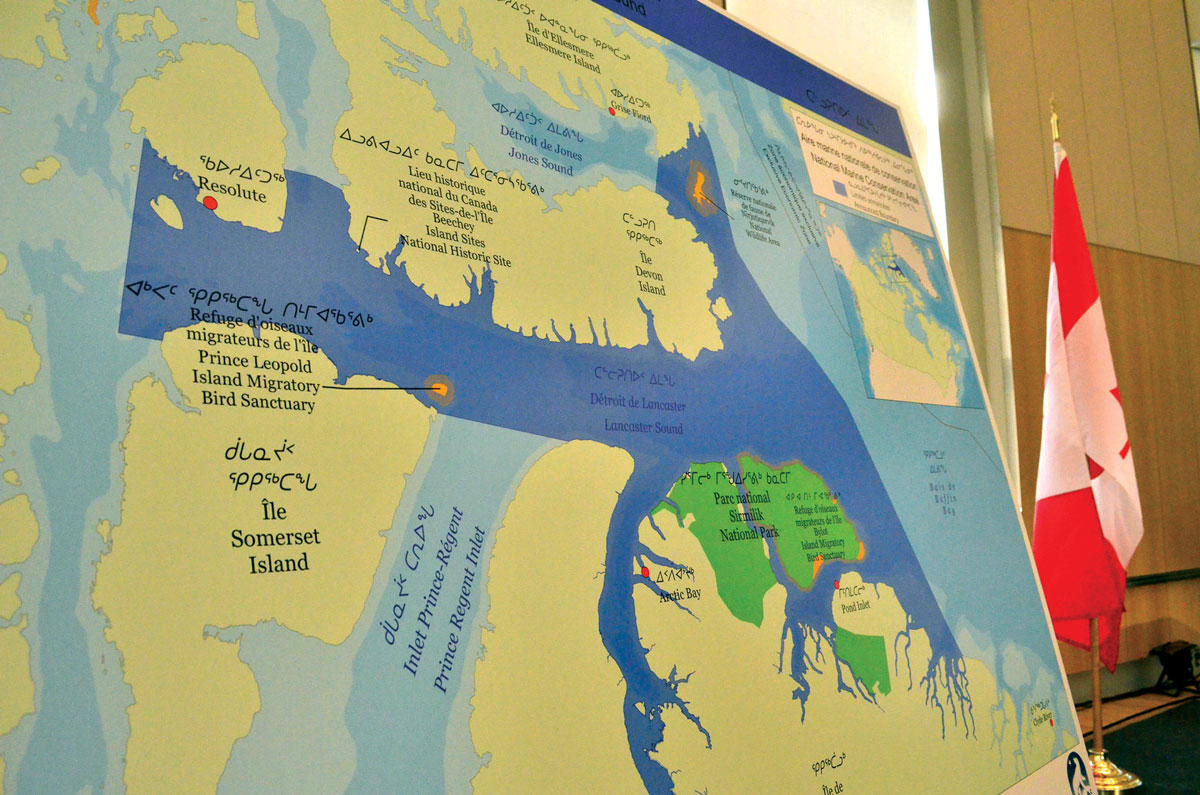 Tallurutiup Imanga, also known as Lancaster Sound, is described as twice the size of Nova Scotia and touted as the largest protected area of its kind in Canada. (Photo by Jim Bell)

The Canadian Arctic is facing tremendous ecological upheaval as the planet heats up, experiencing rates of warming two to three times faster than the rest of the world.

Though the Arctic alone cannot save itself from the chaos of climate change, increasingly Canada has been giving federal protection to key parts of the Arctic in the hope of preserving wilderness and wildlife.

And, with the creation of a new national marine conservation area in the High Arctic, it’s hoped that Inuit hunting traditions will be protected as well. 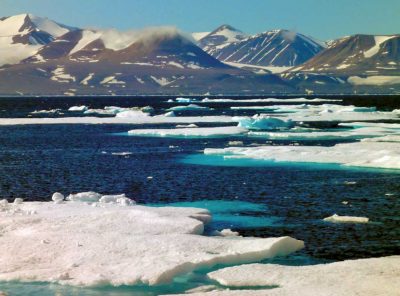 Tallurutiup Imanga is located within the Last Ice Area, the area where summer sea ice is expected to persist the longest in the face of climate change, providing refuge to imperilled species. (Photo by Jane George)

For decades, non-governmental organizations and Inuit groups have been fighting to protect the waters of Tallurutiup Imanga, or Lancaster Sound.

“This is one of the most biologically diverse areas in the whole of the Arctic,” explains Megan Leslie, CEO of World Wildlife Fund Canada.

Seventy-five per cent of the world’s narwhals can be found in these waters. Polar bears hunt blubbery seals from the sea ice. And seabirds flock here in the millions.

Tallurutiup Imanga is also located within the Last Ice Area, the area where summer sea ice is expected to persist the longest in the face of climate change, providing refuge to imperilled species.

In 2010, the government proposed protecting 44,500 square kilometers of the sound in a national marine conservation area. But the number disappointed environmental advocates and the Qikiqtani Inuit Association, who wanted to see a much larger area set aside.

After another seven years of negotiations, and the relinquishment of 30 Shell oil and gas exploration leases in the region, the government announced they had struck a deal to expand the protection to a 131,000 square-kilometre area. The inclusion of Tallurutiup Imanga will more than double the size of protected areas in Nunavut.

The waters of Tallurutiup Imanga are of vital importance to many Inuit who hunt seals and whales in the sound. Nunavut’s existing protected areas are managed by Parks Canada with the help of advisory committees that funnel feedback from Inuit communities to the federal government.

But with Tallurutiup Imanga, Inuit are hoping for a larger share of responsibility in managing the marine conservation area. 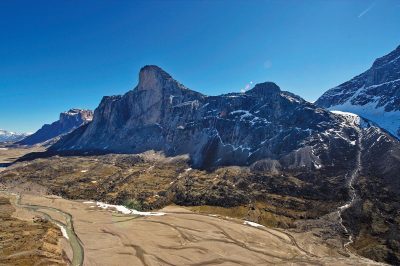 “We’re negotiating to try and gain more Inuit control over management,” says Sandra Inutiq, chief negotiator for the Qikiqtani Inuit Association. The association hopes to establish a co-management body with Parks Canada, as well as an Indigenous guardian program.

“I think it’s an evolution of how conservation is being thought about,” says Inutiq. “We’re starting to appreciate the Indigenous approach to conservation more…. The value that underlies our culture, and hunting culture, is very much conservation-minded.”

Guardians out on the land, she says, should be able to hunt and monitor the area.

In the 20 years since the creation of Nunavut, more than 100,000 square kilometres have been placed under protection in Nunavut in the form of five national parks.

Two of these parks—Auyuittuq and Quttinirpaaq— had existed as national park reserves since 1976 and 1988 respectively, but the Inuit Impact and Benefit Agreement allowed for the regions to become fully gazetted under Canada’s National Parks Act in 2001. 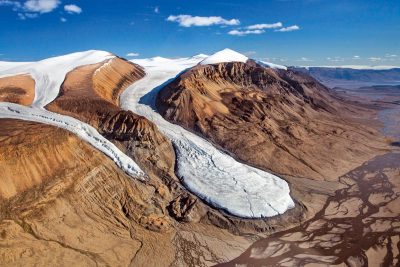 Sirmilik, which falls within the Arctic cordillera, joined them. The federal government has since established two more national parks in the territory.

On the northwestern shores of Hudson Bay lies Ukkusiksalik National Park, meaning “place where there is stone to carve pots and oil lamps.” Inuit have hunted here since time immemorial, and early Thule and Dorset cultures made use of the land thousands of years ago.

The area was formally recognized in 2014, bringing more than 20,000 square kilometres of tundra and Canadian Shield under federal protection.

Qausuittuq National Park followed in 2015, becoming the country’s 45th national park. As part of its mission, Parks Canada targets ecosystems and species that are underrepresented in the national park system when creating new protected areas.

Qausuittuq, which is located in the northern part of Bathurst Island and Governor General Islands, fit the bill. The region is considered a “polar desert” and one of the harshest and driest places on the planet. Yet plenty of rare and unique Arctic species call Qausuittuq home. 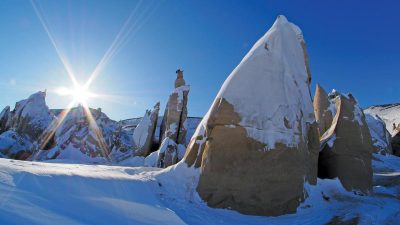 Photographer Andrew Tagak took this photo on April 5 of sunlight on snow and hoodoos in Sirmilik National Park on Bylot Island, Nunavut. (Photo by Andrew Tagak)

“One of the reasons the park was created is that it was identified as important habitat for Peary caribou,” explains Andrew Maher, Parks Canada field unit superintendent for Nunavut.

Peary caribou, the smallest of all caribou subspecies, are listed as endangered under the Species at Risk Act. Over the last three generations, scientists estimate Peary caribou populations have declined by about 72 percent in the Arctic.

“The Arctic is of high interest to Parks Canada because there are not many places in the south that have vast tracts of land that may be looked at for protection and conservation purposes.”

Boon adds that over the last 20 years, the government has made progress in embracing cooperative management in Nunavut. “We’ve shifted our paradigm, in a sense … embracing the desire to work with other stakeholders, rights holders, and Indigenous people.”

So what, then, do the next 20 years hold for Nunavut’s fragile landscape? Parks Canada and the QIA say that the High Arctic Basin will be a top priority for new protection in the future.

Gloria Dickie is a freelance journalist based in British Columbia. She has reported extensively from the Arctic for publications including Arctic Deeply, Arctic Today, Yale Environment 360, Hakai, Mongabay and Vice.

Auyuittuq National Park has existed as a national park reserve since 1976. (Photo courtesy of David Kilabuk)