Igloolik and Sanirajak residents don’t want to turn their clocks back this November, says MLA 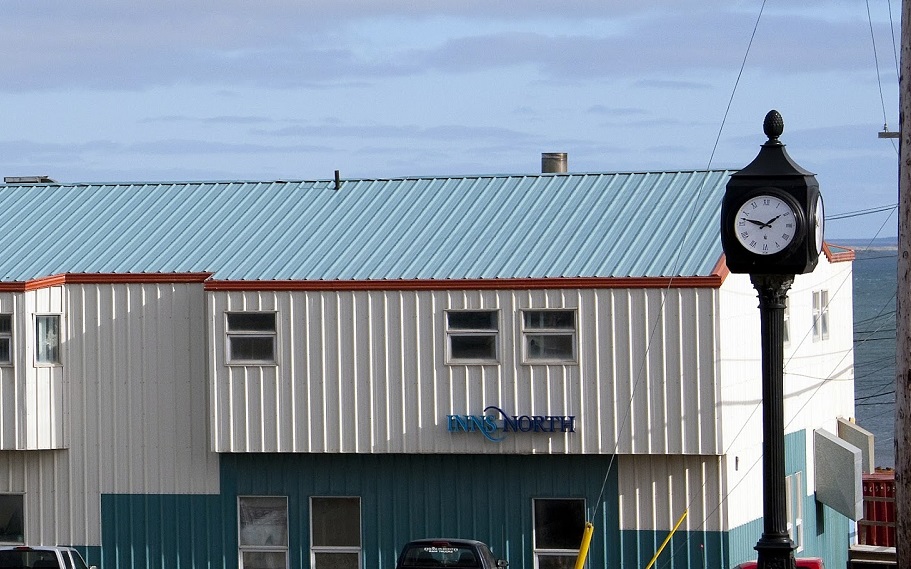 The tower clock in Rankin Inlet. Residents of the riding of Amittuq want the Government of Nunavut to reconsider the need to observe daylight savings, says its MLA. (File photo)

One Nunavut MLA says his constituents aren’t looking forward to turning their clocks back this fall.

Residents of Igloolik and Sanirajak will observe the end of daylight savings on Nov. 1, as will most of the territory, shifting their clocks back one hour.

But Amittuq MLA Joelie Kaernerk, who represents those two communities, wants the Government of Nunavut to reconsider the need to observe daylight savings.

“Days will be shorter and it will get dark sooner, and it seems like you have to do it the other way around,” Kaernerk said on Tuesday, Sept. 22, during question period at the legislative assembly.

“How can I help them push for my constituents when they don’t want to turn back the clock?”

Daylight savings was introduced in Canada in the early 20th century as a means to save energy, by offering more light in the evening. But its popularity has varied over the years.

One Nunavut community opted years ago to ditch the time change and stay on central time. Coral Harbour decided in 2001 that it wouldn’t adjust its clocks for daylight time.

That means the Kivalliq community spends six months of the year on eastern time, out of sync with the rest of the region, returning each spring to central time.

The community made the move after the hamlet surveyed residents, who overwhelmingly wanted to ignore the required time change.

Saskatchewan has also been on standard time for decades.

Other Canadian jurisdictions have revisited the idea in recent years.

Yukon announced earlier this year that it will remain on Pacific daylight time all year round.

British Columbia has similarly introduced legislation to go with year-long daylight savings, while Alberta announced it is considering the same move.

Premier Joe Savikataaq told the legislature it wasn’t clear how one community could opt out of daylight savings, though he committed to finding out.

“I think it’s up to the communities,” Savikataaq said, in response to Kaernerk’s inquiry.

“I’m not aware of the process right now, but if we want to do it Nunavut-wide, we would have to consult with the regions, scheduled airlines, and business owners and how much they would be impacted.

“This is being considered all over Canada and it has been a concern of turning back the clocks,” he said.