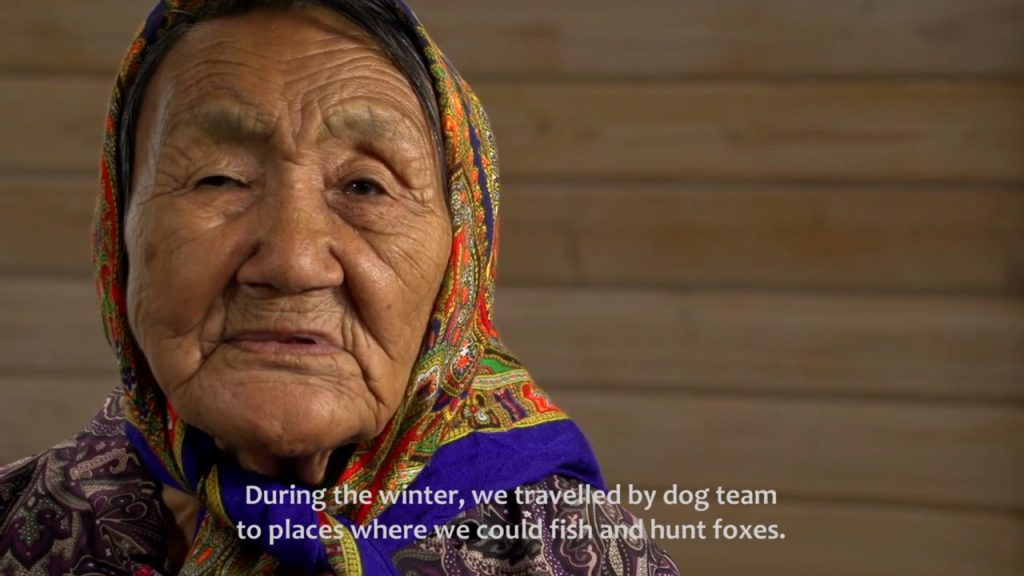 A mini-documentary about Canada’s forcible relocation of the Ahiarmiut from their homelands in the mid-1950s is now available on YouTube. The Ahiarmiut: Out-of-the-Way Dwellers is produced by Friends of Canadian Broadcasting as part of their Tell Our Stories project. The film tells the story of the Ahiarmiut in the words of Ayaaq (Mary) Anowtalik and David Serkoak. It’s directed by Louise Abbott, who previously directed Nunaaluk: A Forgotten Story, a half-hour documentary about the forced relocation of Inuit in northern Quebec. (Screen shot)