Lockdown will remain ‘as long as we need to figure out if there’s community transmission,’ says Patterson 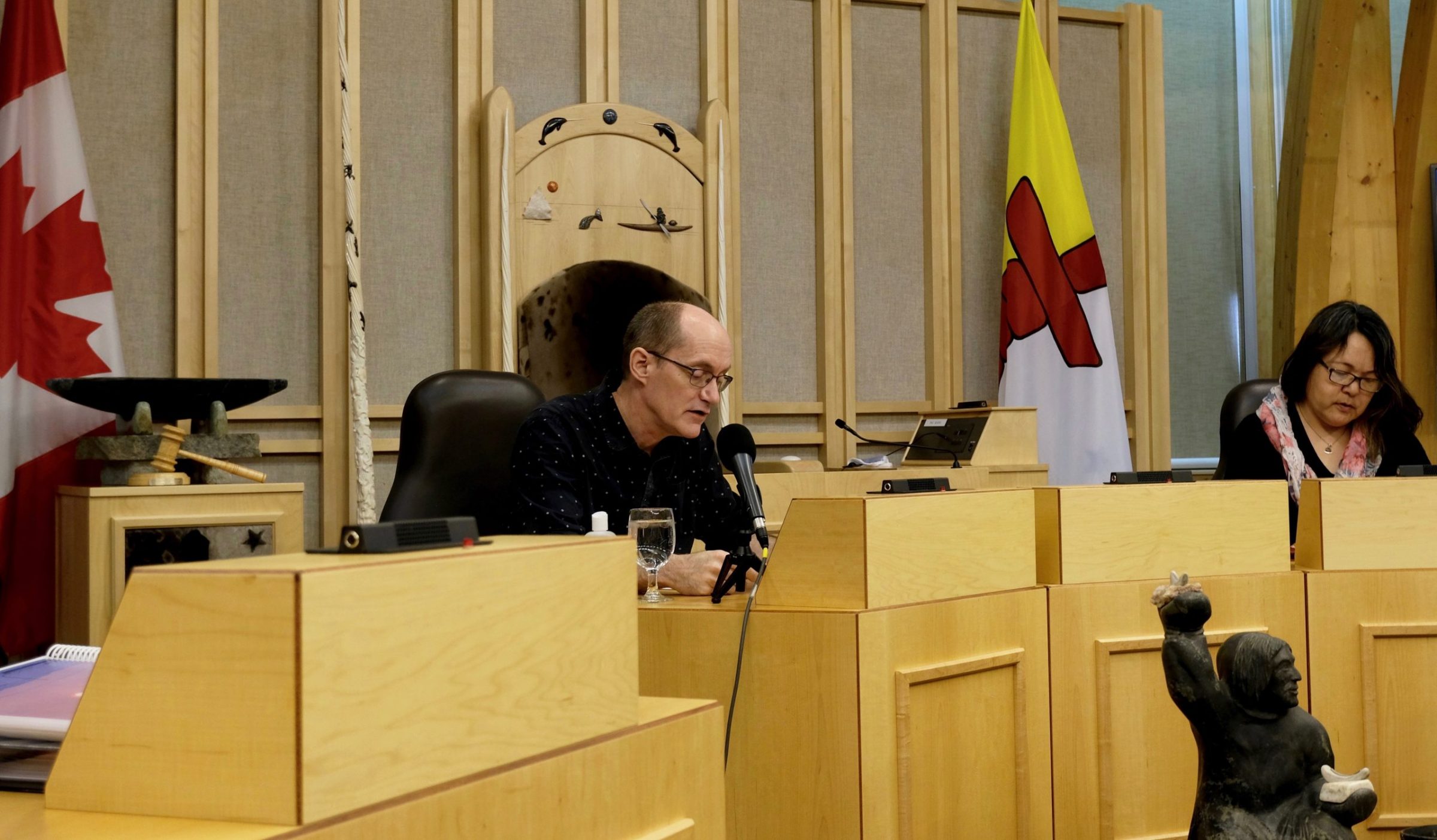 “I know a lot of people are very worried and anxious right now, that is normal … this was always something we knew could happen and we are prepared,” Savikataaq said at a Thursday news conference.

Nunavut’s chief public health officer, Dr. Michael Patterson, said his team doesn’t yet know how the virus got into the territory, but the individual who tested positive is an essential worker who was exempt from the territory’s isolation requirement for people entering the territory.

Canadian North confirmed it is one of the airline’s employees who tested positive.

The worker had been in the territory for 16 days and started showing symptoms about two days ago, meaning the virus could have been caught in Iqaluit, Patterson said.

Contact tracing is ongoing and, as of midnight on Wednesday, over 10 Iqaluit residents have been identified as potential contacts with the person who tested positive.

So far, Patterson said, the positive case has not been linked to any public events, but the government became aware of it Wednesday night, adding more information will come in the next couple days.

Patterson said details on where the individual has gone in the community would not be released at this time.

Essential workers coming into Iqaluit without isolating in the hubs are supposed to stay home as much as possible and wear masks when out in the community. Patterson said if someone breaks these rules — on purpose or by accident — it won’t be made public to avoid the blame game.

“In order for contact tracing to be successful, individuals need to have confidence that we’ll maintain their confidentiality.”

Tracing and controlling the virus in Iqaluit will be different from other Nunavut communities because of its bigger population and a greater potential for the virus to spread, Patterson said.

But he said there are reasons to be optimistic because Iqaluit, as Nunavut’s capital, enjoys access to more resources, and there are more options for spaces to isolate if needed.

“The situation is very different from when COVID arrived in November because we’ve got the vaccine and the highest-risk individuals are already fully vaccinated.”

The goal is now to stop transmission as soon as possible, Patterson said.

Only those who have been in contact with someone with COVID-19 or are showing symptoms can get tested in Iqaluit at this point, Patterson said.

The positive COVID-19 sample has been sent for testing to determine whether the strain in Iqaluit is a variant. Patterson said this will take at least a week, but the results will be made public when they are confirmed.

Patterson said it is “extremely unlikely” the case is a false positive since the sample was tested multiple times and on multiple instruments.

Vaccine clinics in Iqaluit and all other communities are going on as planned and Patterson said appointments made to get the vaccine are staying as-is.

Moderna released a report on Tuesday that says both doses of the vaccine are more than 90 per cent effective at preventing cases of COVID-19 altogether.

More than 3,400 Iqalummiut have the Moderna vaccine and over 2,000 of those people have received both doses.

Patterson said he could not confirm whether the person who tested positive for the virus has received the vaccine.

Iqaluit entered Stage 4 — the strictest level of public health measures — on Thursday. Schools are closed for the rest of the week, non-essential businesses are closed and Qikiqtani General Hospital is only providing emergency services. Other Baffin regions and Rankin Inlet entered Stage 2 on Thursday as a precaution.

Patterson said he can’t say how long the lockdown in Iqaluit will last.

“We’ll stay in as long as we need to figure out if there’s community transmission.”

Masks are now mandatory in Iqaluit. Patterson said the mask mandate will be enforced if needed, starting with warnings and possibly escalating to fines if the orders aren’t being followed.

Emergency medical travel has not been affected, Patterson said.

The Government of Nunavut will announce daily case counts and updates starting Friday.