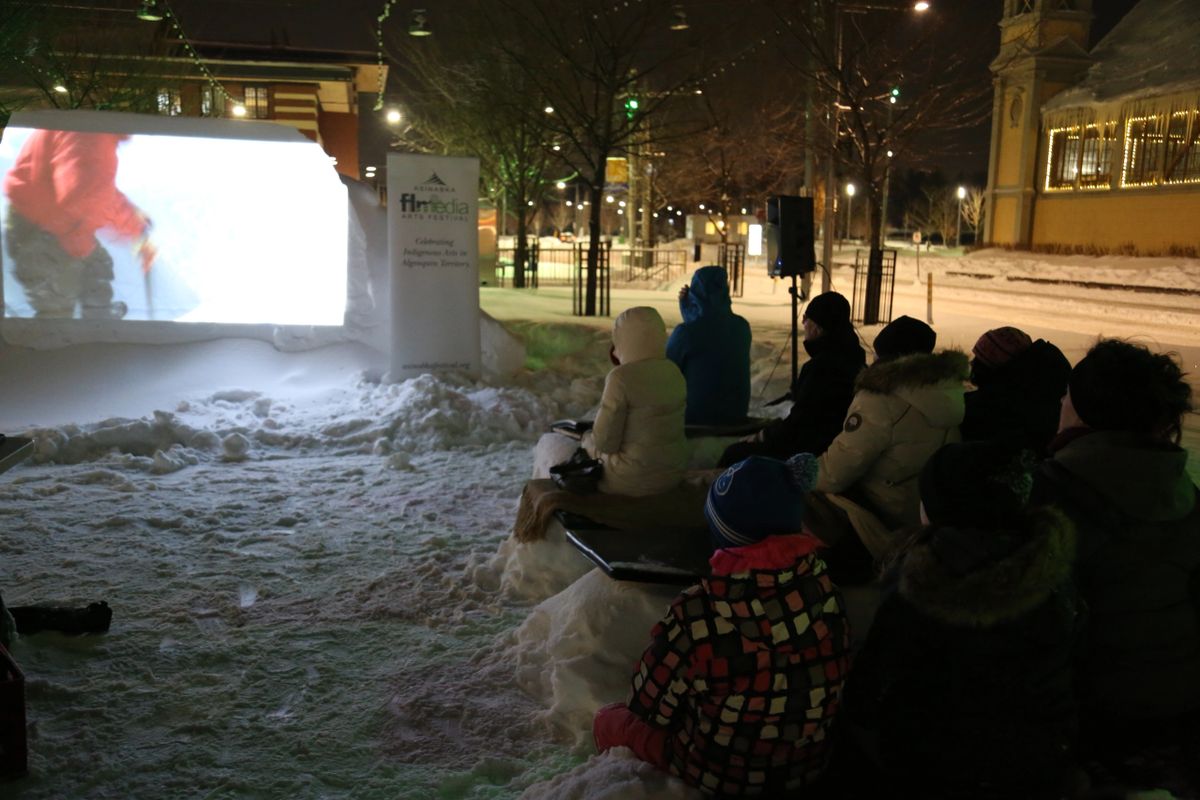 Ottawans can bundle up for an outdoor film screening at the 7th annual Snowscreen festival in Ottawa from Feb. 3-5 at Lansdowne Park. The screenings, put on by the Asinabka festival, will highlight Inuit and Sami-made films. Pictured are attendess at the 2019 event. (Photo courtesy of Asinabka Film and Media Arts Festival)

Have you ever watched a movie on a screen made out of snow?

People in Ottawa will have the chance to do just that, when the Asinabka Film & Media Arts Festival hosts its 7th annual outdoor Snowscreen event from Feb. 3 to 5.

A series of short films made by Indigenous filmmakers from the circumpolar north will be projected on a screen made of snow outdoors at Lansdowne Park.

The festival, which also hosts a summer edition, aims to promote Indigenous-made films for audiences in Canada’s capital.

“The idea behind the snow screen from the very beginning was to have a spotlight on Northern Indigenous-made films. It just kind of made sense [to] do a snow screen,” Adler said.

The short films that will be screened outdoors are:

“I think all are quite visually stunning and really interesting stories,” Adler said of this year’s selections, which include animation, sci-fi and documentaries.

He said attendees are encouraged to bundle up in warm clothes, but some fire pits and hot drinks will be available to keep everyone cozy.

Those who don’t want to brave the chilly outdoor weather, however, can instead catch two films on Feb. 5 that will be screened indoors at the nearby Beandigen Cafe: the short documentary Breathe Me Back To Life (Boso mu ruovttoluotta) by Sami filmmaker Sunna Nousuniemi and the feature-length documentary Ever Deadly about the life of famed Inuit throat-singer Tanya Tagaq.

Next month’s festival, which is free to attend, will mark the first fully public edition since the pandemic — the past two festivals were held virtually or with limited seating.

A DJ set will follow the film screenings on each night.

More information on the films and screening times can be found at the Asinabka festival website.