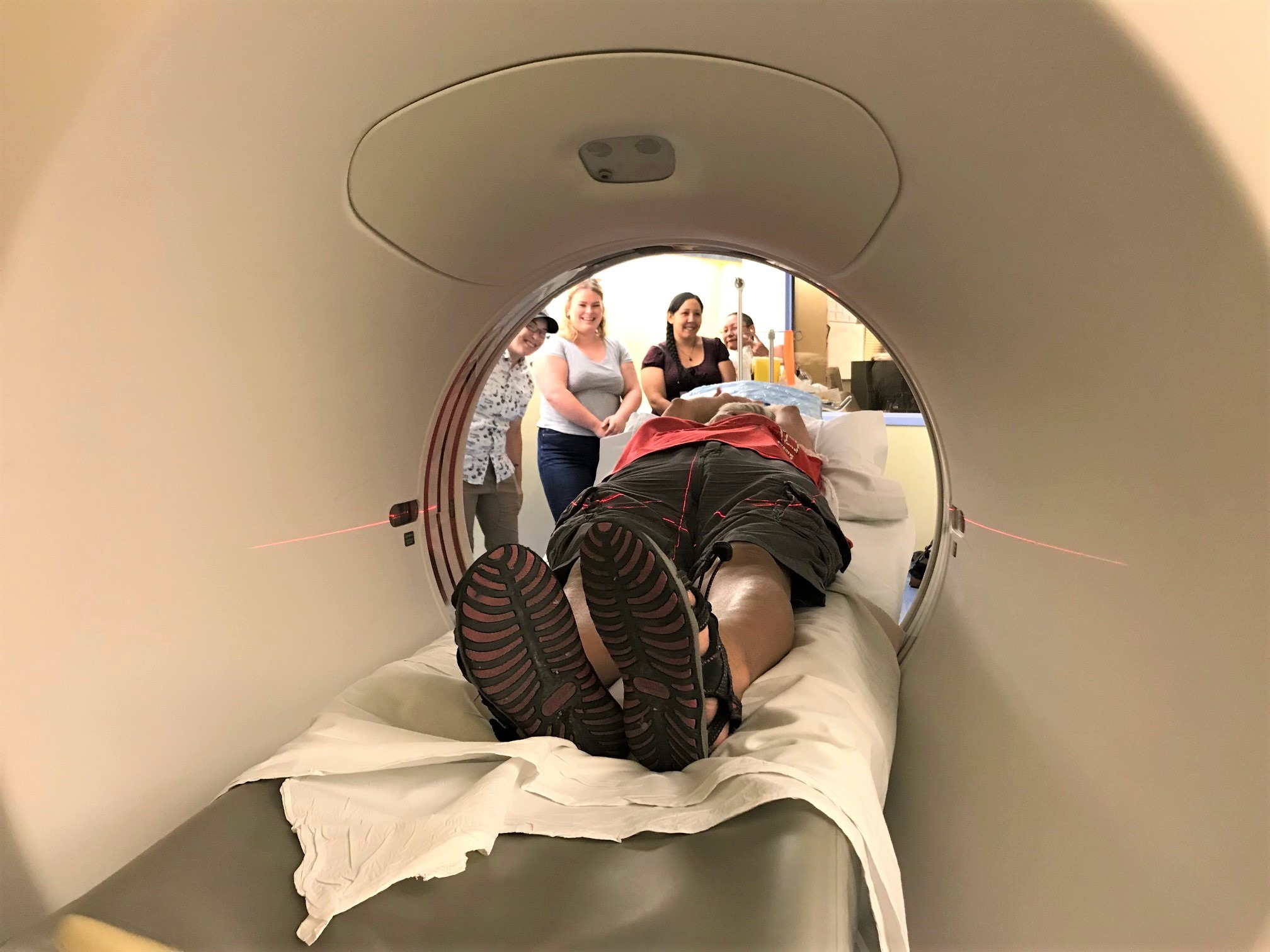 The journey is just as important as the destination in the Tungasuvvingat Inuit and Pauktuutit new joint smoking cessation program.

The program, which helps Ottawa Inuit quit smoking, took place as a workshop every Thursday afternoon in July.

It’s the result of a recent partnership between TI and the Canadian Partnership Against Cancer, an organization funded by the federal government to promote action on cancer control.

Pauktuutit was invited to help run the workshop after organizers found their Atii! Reduce Second-Hand Smoke project to be a helpful resource.

Even though July is coming to end, Malaya Zehr and Brittany Hesmer, the manager and coordinator of the regional cancer program, know that when the weekly workshops stop, the fight to quit keeps going.

“The tools we’ll be going through will be something that they can keep themselves,” said Zehr.

These tools include hotline numbers, information that participants can bring up with their doctors and the names of other smoking cessation groups that will run when the TI and Pauktuutit workshop isn’t.

But perhaps the most important tool is the connection participants make by speaking to other people who want to quit smoking.

“Each participant is having … a kind of buddy system, so that you have somebody to go to,” said Zehr. “Or, if you don’t have one within the group, finding somebody who will help you through your journey.”

That connection is especially important, said Hesmer, because sometimes people don’t have the willpower to quit on their own. And if they’re around a partner or friend who also smokes, stopping can be that much harder.

The workshop offers a different environment, which the program’s Inuit-specific focus helps create. “The overall approach in doing this is that we’re trying to approach it from a cultural manner … where they feel safe and [in a] non-judgmental space and where they can speak their own language,” said Zehr.

According to Zehr and Hesmer, the participants’ reactions were very positive after just the first workshop. “We see a lot of engagement with what we’re sharing,” said Hesmer.

Each workshop builds on the one that came before it. During the first week, participants, along with learning about cancer statistics and common smoking myths, talked about their own personal journeys.

By talking about their triggers or reasons for smoking, group members learned about their individual patterns.

The second week followed that with goal-making and providing some tools that could help achieve those goals, like information on nicotine replacement therapies.

The group also talked about short term and long-term goals, and “understanding that your short term goals might be within these four weeks of the program, but you can have long term goals as well,” said Hesmer.

Then, in the third week, participants went to the Ottawa hospital to learn how screenings and different procedures are done.

The program finished with a graduation ceremony and a check-in with the participants. This included a survey, which gave people in the group a chance to share their thoughts on the workshop.

“By putting everyone together and creating that supportive environment, over the next four weeks along with education and activities and guest speakers, we think that this might be the final little push that folks need to be able to continue this for as long as it takes until they can quit smoking,” said Hesmer.

Both Hesmer and Zehr hope that their participants will go on to encourage other Inuit to stop smoking too. “We want to encourage Inuit that have quit smoking to be leaders in their community,” said Hesmer.

Zehr agreed: “We’re hoping that they can be the role models for the next session.”