P.J. Akeeagok steps down as QIA President to run for MLA 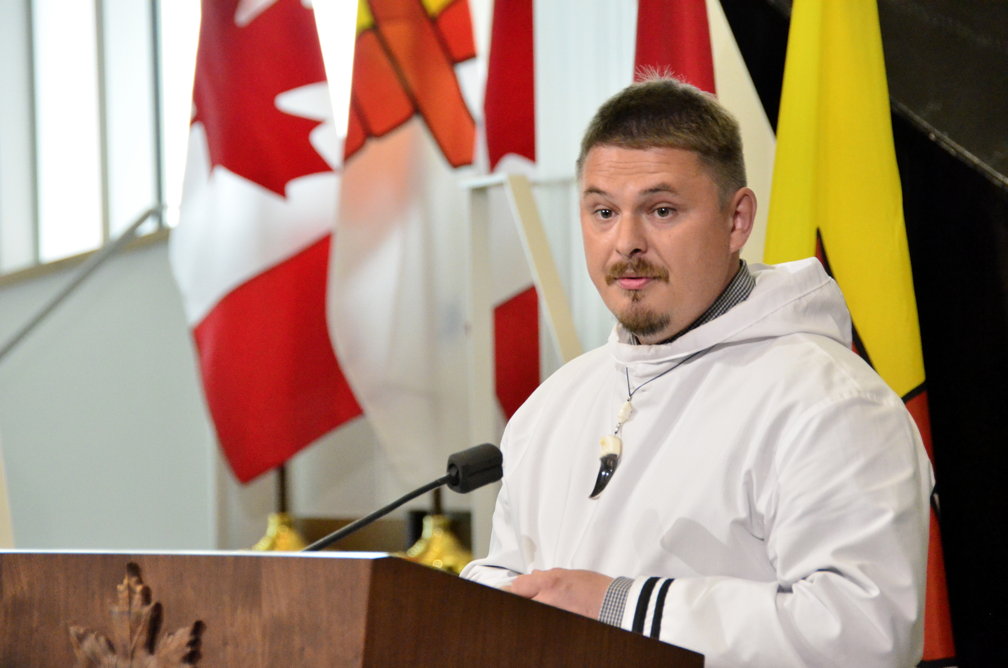 P.J. Akeeagok has stepped down as president of the QIA to run as for an MLA seat. (File Photo)

The president of the Qikiqtani Inuit Association has stepped down from that role to run for a seat in the territorial legislature.

P.J. Akeeagok, who is from Grise Fiord and lives in Iqaluit, has not specified which electoral district he’s eyeing for his campaign.

He made the announcement on his Facebook page Aug. 6.

“As Nunavut grows, we also face the exciting task of negotiating our devolution from the federal government,” he said in the post.

“I believe as an MLA, with the support of my family and community, I can help tackle these new challenges and build on the foundation I have established during my time at QIA.”

Akeeagok cited several issues he wants to work on if elected as an MLA, such as children’s education, more and better jobs for Inuit, assisting elders, better housing and growing sustainable industries like fishing.

Ageeagok says he is proud of his accomplishments with the QIA, especially implementing daycare programs for Inuit families, negotiating the apology and following investments as a result of the Qikiqtani Truth Commission and the deepsea port project in Qikiqtarjuaq.

As for the QIA, vice-president Olayuk Akesuk will serve as acting president until the board of directors appoint an interim president, according to Will Hopkins, the acting director of communications for the QIA.

Hopkins says the process to appoint the interim president should take place this fall.

The campaign is not beginning immediately for Akeeagok. He says he will take the remaining summer weeks picking berries, fishing and digging clams with his family.

“I look forward to coming back energized to take on campaigning,” Akeeagok said.

The territorial election is scheduled for Oct. 25.

Correction: This story has been updated to correct QIA’s process for replacing P.J. Akeeagok.