Project could produce about 40 per cent of Kuujjuaraapik and Whapmagoostui’s energy needs, according to organizers 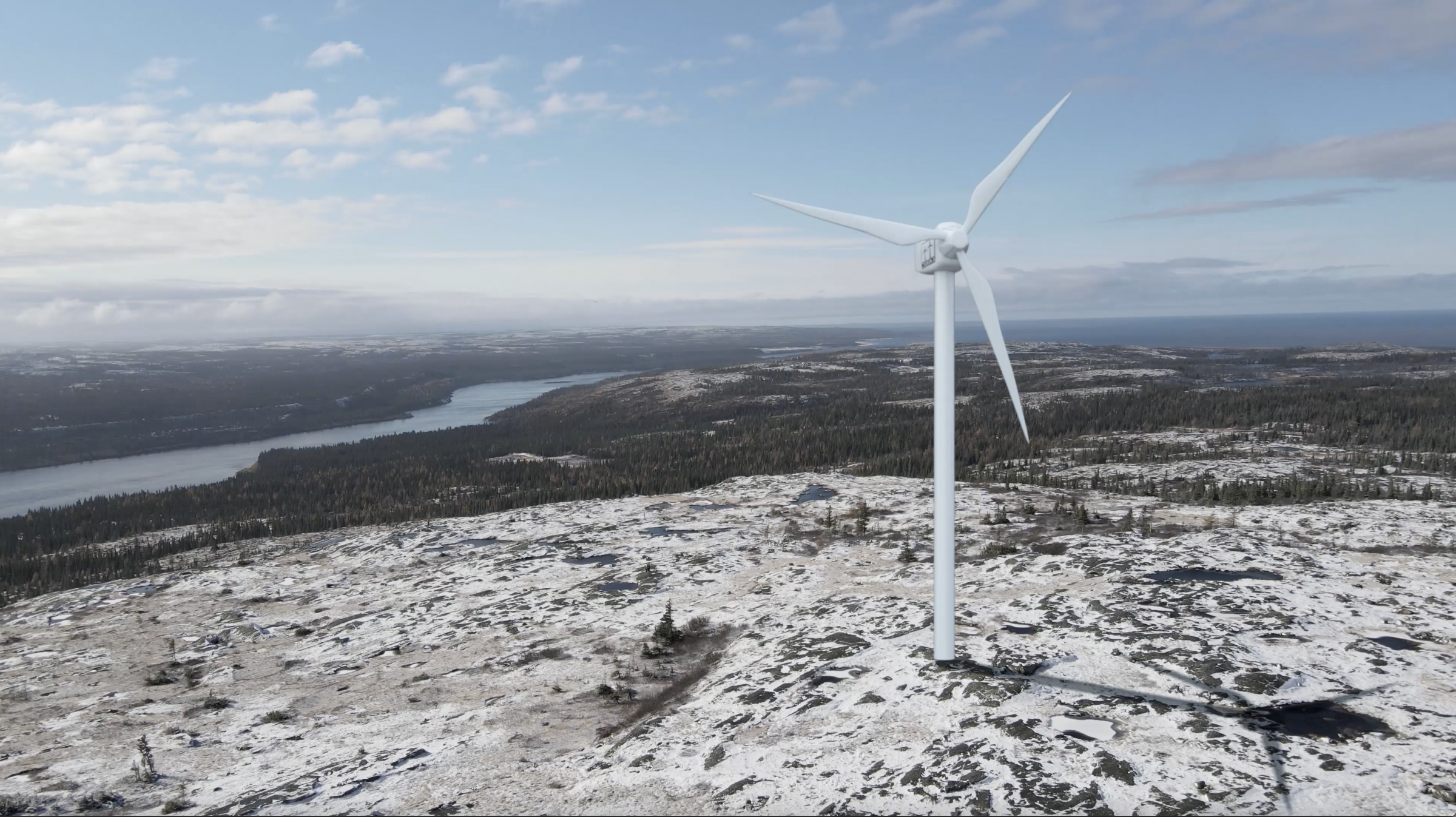 An artist’s rendering of a wind turbine installed northwest of the joint communities of Kuujjuaraapik and Whapmagoostui. (Image courtesy of KWREC)

A proposed joint Inuit-Cree project is looking to the wind to meet a pair of northern Quebec communities’ energy needs.

The Nunavik community of Kuujjuaraapik shares its town site with the neighbouring Cree community of Whapmagoostui.

In 2011, the twinned communities decided to look at wind energy as an option to help power the two communities, which have a joint population of about 1,700.

The Kuujjuaraapik Whapmagoostui Renewable Energy Corp. was incorporated in 2020, and has since identified two potential sites for wind turbines northwest of the community.

“This project is important for the community in that it will help reduce greenhouse gas emissions that contribute to global climate change,” said Anthony Ittoshat, vice-president of the corporation and mayor of Kuujjuaraapik, in a news release.

The proposed project would generate approximately six gigawatt-hours of electricity annually over 25 years, the estimated life of the project.

The corporation estimates the turbines could produce about 40 per cent of the communities’ energy needs.

Nimschu Iskudow Inc., a subsidiary of the Whapmagoostui First Nation, was launched in 2012 to develop the project, with the help of Kuujjuaraapik’s Sakkuq Landholding Corp.

The Kuujjuaraapik Whapmagoostui Renewable Energy Corp. will have to work with Hydro Québec — the sole distributor of electricity in the province and operator of the communities’ diesel power plant — to integrate the wind turbines into its power grid.

The corporation hasn’t said how it hopes to secure any of the estimated $36 million cost of the project.

It still has a number of steps to follow before the project has a green light to go ahead.

Following community consultations, project leaders will have to submit details to Quebec’s Ministry of Environment, which could then recommend submission to the Quebec Energy Board for approval.

Kuujjuaraapik residents can attend project workshops and consultations starting Feb. 16; details are in the poster below. 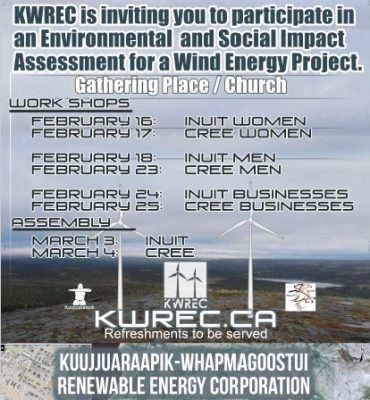