Sailivik opened its doors in December to offer a safe space, counselling and community programs 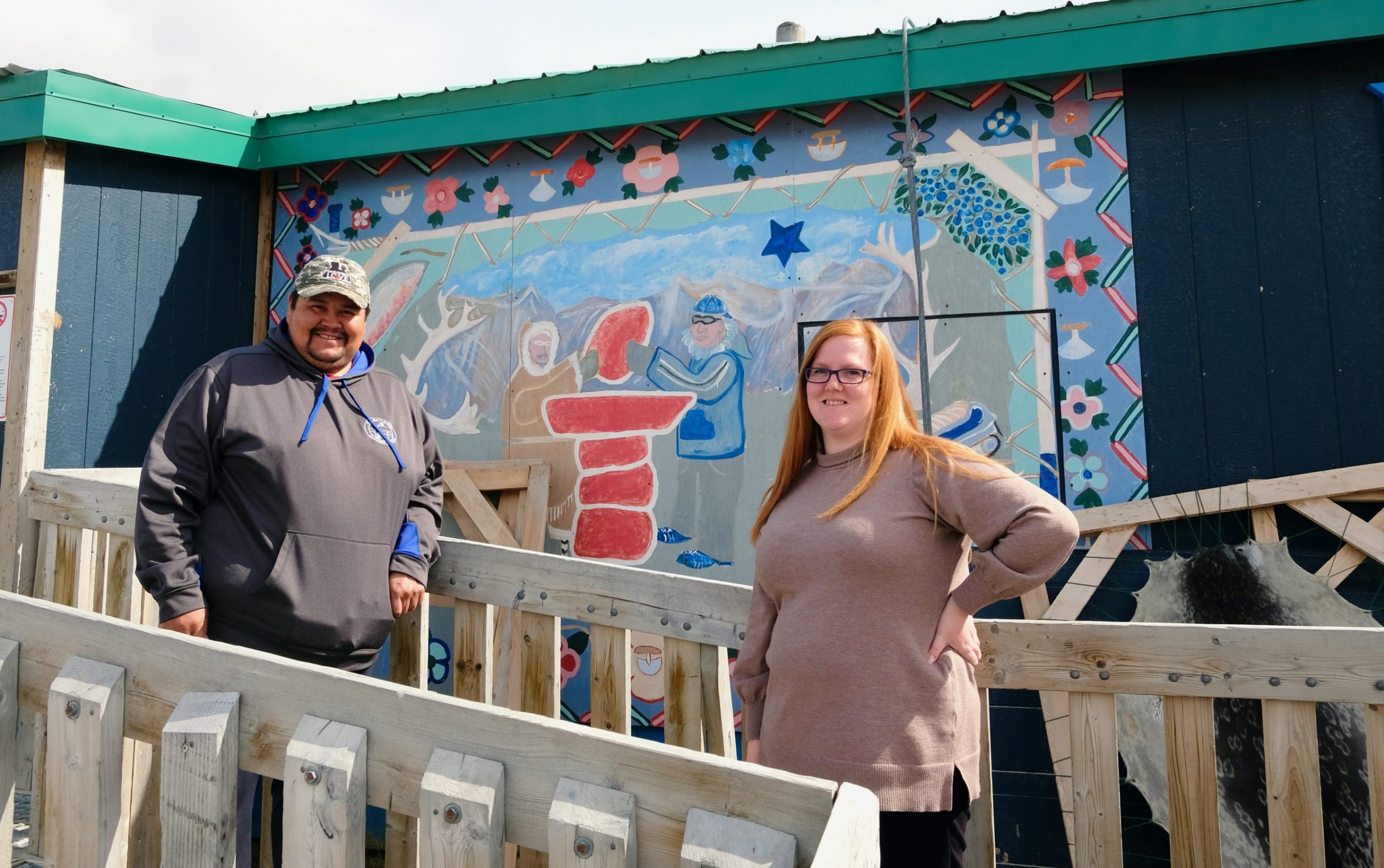 PANGNIRTUNG — Since Pangnirtung’s new sober drop-in centre, Sailivik — which means a calming place — opened in December, about 920 visits have been logged at the door.

“That’s how many times people have avoided boredom or loneliness,” said Courtney Cox, the executive director of Sailivik.

“[They’ve] made that step up to get out of the house,” she said. “It’s hard to take that first step.”

Pangnirtung’s population is about 1,600, according to the Government of Nunavut.

The centre gives people who are trying to stay sober a safe place to spend their time, keep busy and gather with others in the community.

Cox said it’s also a place for people affected by alcoholism in their homes.

“If a parent and their kids need to come here because someone’s drinking in their home, they can.”

Inside Sailivik, in building 224, a cozy common area is furnished with couches and stocked with board games, craft and beading supplies, and cable TV. 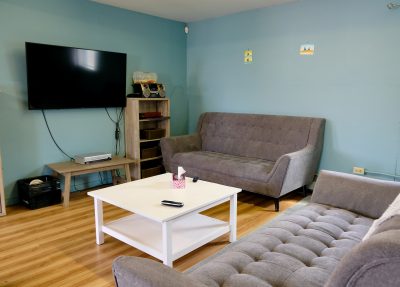 The common area at Sailivik is stocked with board games, crafting supplies and other ways to keep busy. (Photo by Mélanie Ritchot)

A newly renovated kitchen is set up to host group baking nights and to serve country food on elders’ drop-in nights.

People can use Sailivik as a place to pass the time, or they can access mental health counselling and alcoholism supports if they choose.

Most regular programming is on pause for the summer, Cox said, but the centre was hosting a women’s support group and a men’s group regularly.

A mental health nurse also came to the community on a short-term contract to offer counselling at the centre twice a week.

Cox said the nurse’s contract was too short, and in the future, having a mental health nurse on a long-term basis would allow for community members to get to know them better and feel more comfortable going to counselling. 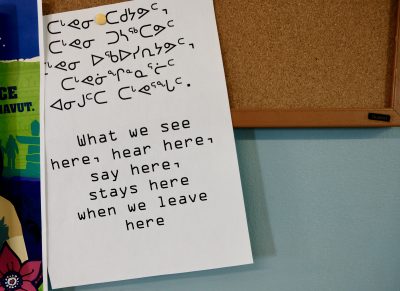 Posters put up around the Sailivik sober drop-in centre encourage people who use the facility to respect the confidentiality of other people at the centre. (Photo by Mélanie Ritchot)

The centre has become a place for community members to gather and take part in group programs like the Canada Prenatal Nutrition Program for mothers, who also started making their own amautis together, Cox said.

Sailivik also had elders come in to bake bannock with kids during winter break and held a sealskin program for women to come learn to clean the skins.

The centre has also created new jobs within the community and for Pangnirtung youth.

There are just over a dozen staff working at the centre, half of whom are in their 20s, Cox said.

She said one of her next goals for the centre is to get the word out that it is really there to help people stay sober and to get more people coming in for that purpose, even though other programs are offered.

A new tool shed equipped with building equipment and lumber for drop-in sessions, as well as men’s cooking classes, are also on the list of goals, Cox said.

Noah Mosesee, the assistant executive director, said from what he’s heard from the community, people are happy Sailivik is open and operating nearly 24 hours a day.

Sailivik is open overnight from 8 p.m. to 8 a.m. and has time slots for elder drop-ins in the afternoons a couple times per week.

“Some [people] said they had nowhere to go, but now they have a place,” he said.

Others, Mosesee said, have asked him why Pangnirtung, a dry community, would need a sober centre.

“I just told them we’re trying to help people in town have a safe place,” he said. “It’s helping the community.”

Milton Miller, the Pangnirtung RCMP detachment commander, said alcohol is an issue across Nunavut in general, despite liquor restrictions varying across communities.

“The centre is what’s needed,” he said, adding that he and other officers have referred people to Sailivik.

“It’s a welcome addition to the community,” Miller said.

Sailivik is being funded by Indigenous Services Canada, the Government of Nunavut and Nunavut Tunngavik Inc. for three years.