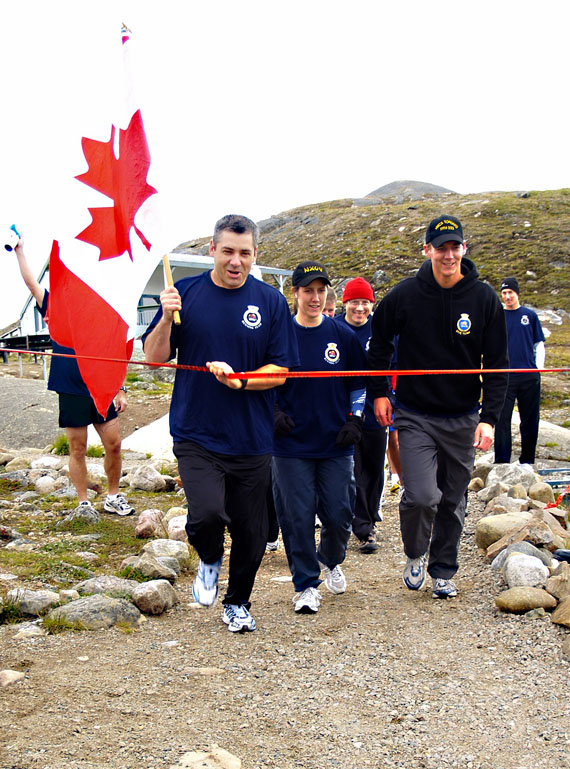 For Queen, country and Terry Fox. Sailors from the HMCS Toronto, here for this year’s version of Operation Nanook, take part in a Terry Fox Run in Sylvia Grinnell Territorial Park in Iqaluit Aug. 14. Crew members stage an annual run around this time of year, either at the ship’s home port of Halifax or any location where they’re deployed. The HMCS Toronto will take part in this year’s version of Operation Nanook. (PHOTO BY CHRIS WINDEYER)