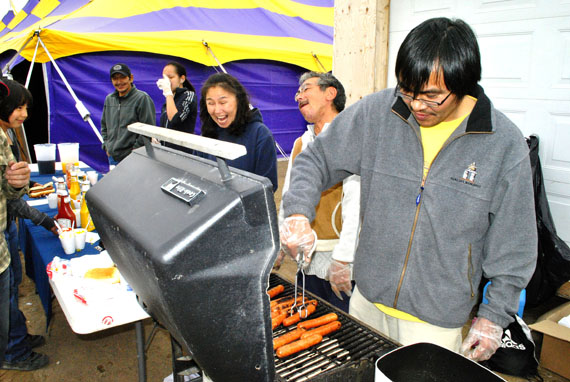 The people who work for the Inuit Broadcasting Corp. in Iqaluit serve hot dogs and hamburgers at a film day organized June 27 by the Ajjiit Nunavut Media Association. The early part of the afternoon feature entertainment for kids, including a performance by the The Funky Mamas quintet from Guelph, Ont. Later on, the society screened a variety of Arctic films. (PHOTO BY JIM BELL)