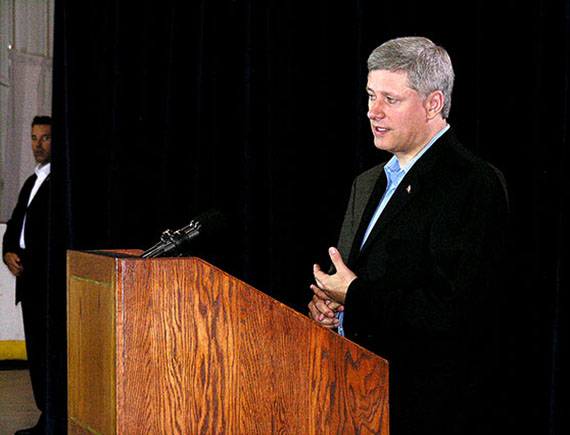 Prime Minister Stephen Harper at a press conference inside Iqaluit’s Arctic Winter Games arena Aug. 18. Harper used the event to announce an old piece of news: that the federal government will set up a regional economic development agency for the three northern territories and that it will be based in Iqaluit with sub-offices in Yellowknife and Whitehorse. The new agency, to be called “CanNor,” will spend $50 million over five years, and bring together a long list of existing federal programs aimed at the north. Those include economic development schemes like SINED, plus infrastructure programs, various aboriginal business programs, HRD employment programs and official languages programs. (PHOTO BY JIM BELL)