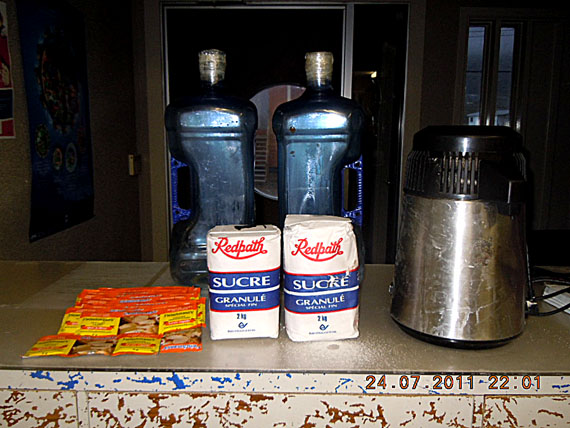 Members of the RCMP in Pangnirtung found everything you need to make homebrew when they executed a search warrant July 26 under the Nunavut Liquor Act at House 727-C. “During the search, items were seized which indicate that a significant amount of liquor was being produced from the residence,” said a July 28 news release. Charges are expected to be laid under Section 84 of the Liquor Act, police said. (PHOTO/ RCMP)