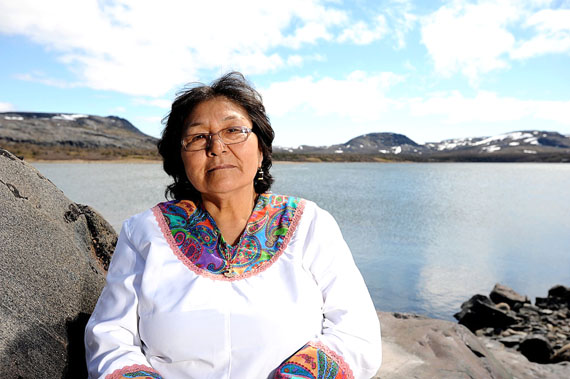 Sophie Keelan and her family were among the very last to leave Killiniq, then called Port Burwell, when the Government of the Northwest Territories closed the community in 1978. Most Killiniq residents moved to Kangiqsualujjuaq, then called George River, while others moved to Kuujjuaq, Tasiujaq, Quaqtaq and Iqaluit. The mayor of Kangiqsualujjuaq says her community still suffers from a housing shortage because of the big influx of new residents and wants Makivik Corp. to lobby the GNWT on the issue. (See story posted June 25.) (PHOTO BY PASCAL POULIN)