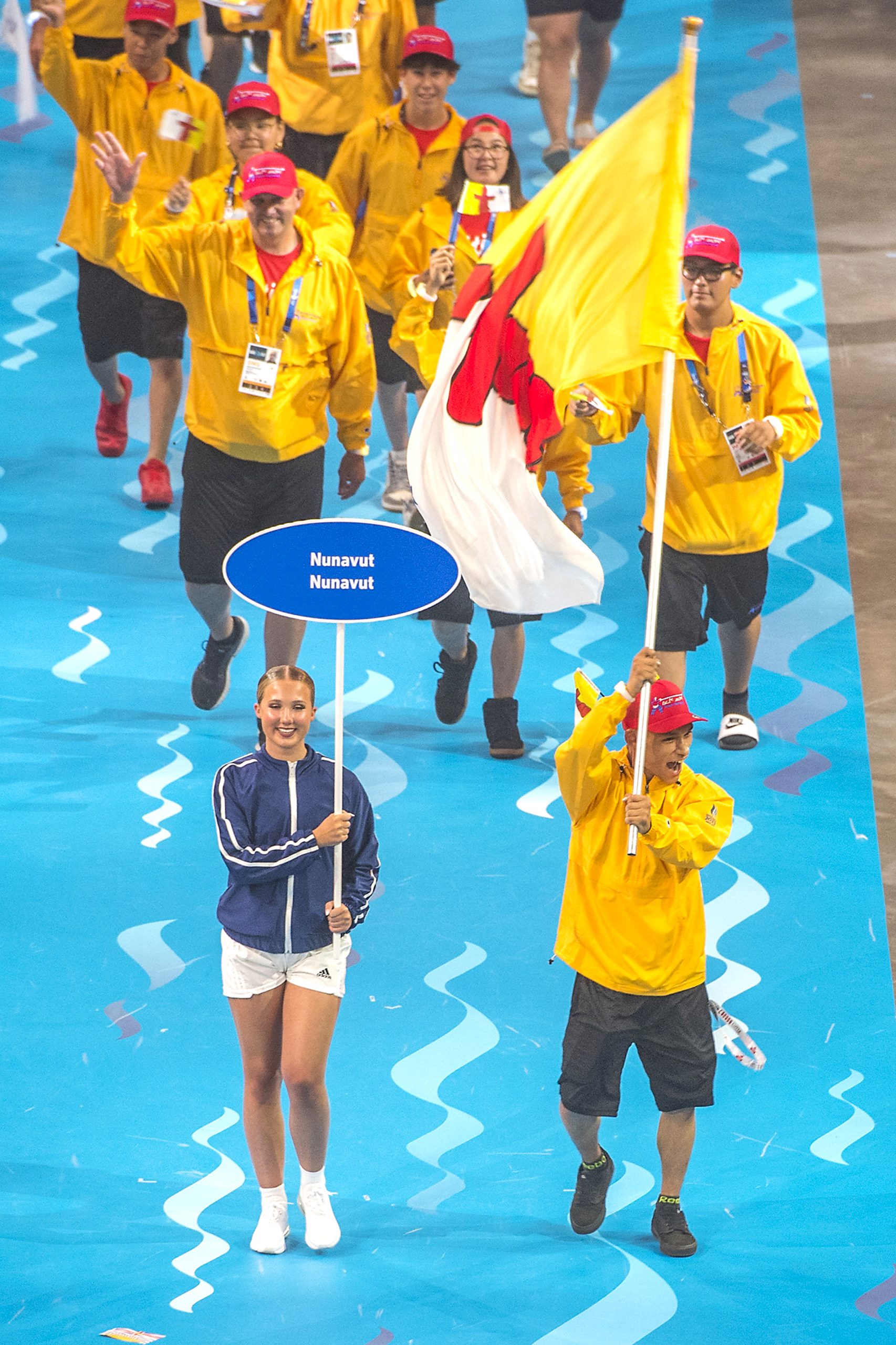 Flag bearer Eekeeluak Avalak, 18, a wrestler from Cambridge Bay, leads Team Nunavut onto the floor at the opening ceremonies for the Canada Summer Games in St. Catharines, Ont. on Saturday night. (Photo by Denis Cahill, special to Nunatsiaq News)

Nunavut has its biggest-ever team at the Canada Summer Games being held in Ontario’s Niagara region.

The two-week competition kicked off Saturday night with its opening ceremony at the Meridian Centre  in St. Catharines, Ont.

Here are some images from that event: 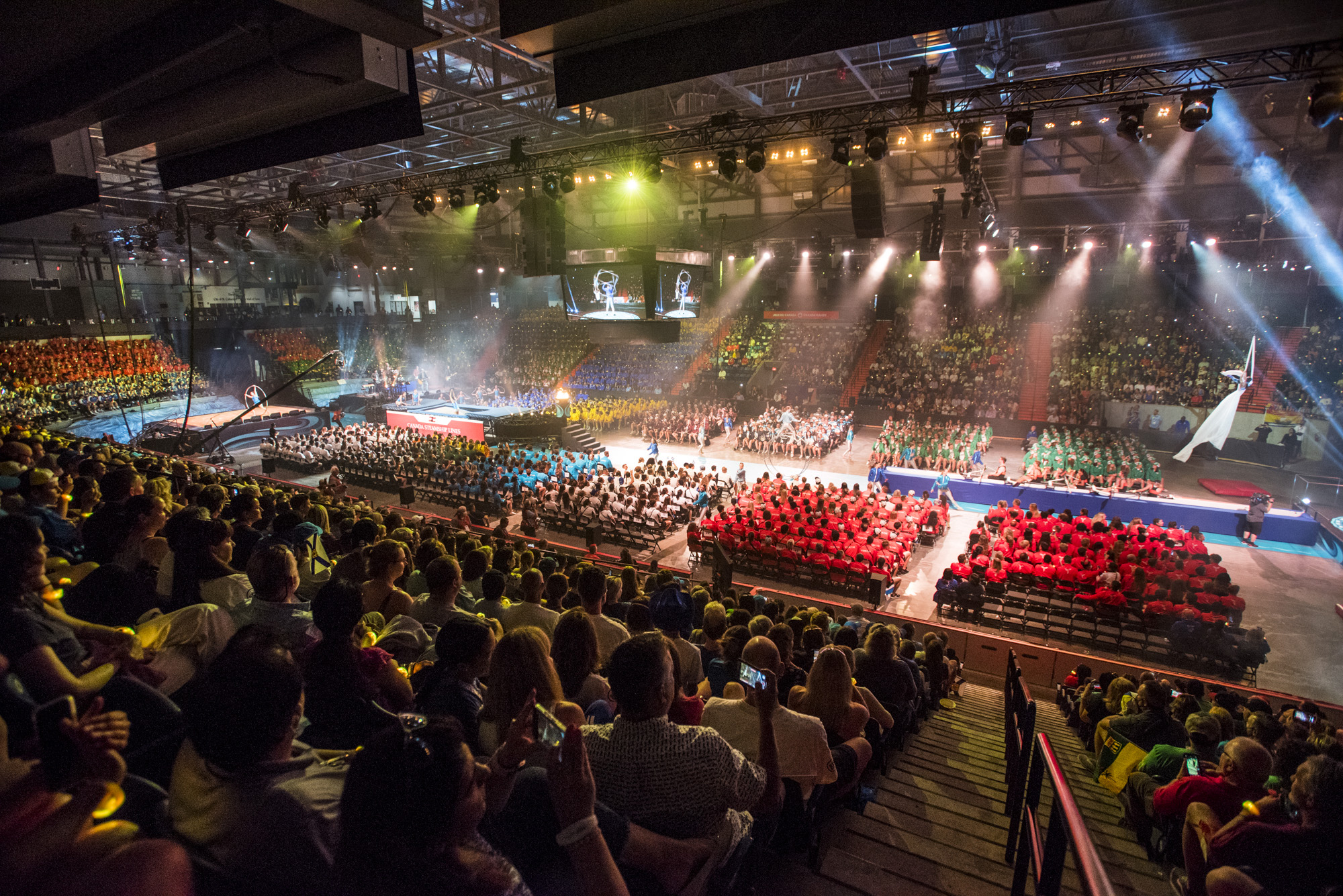 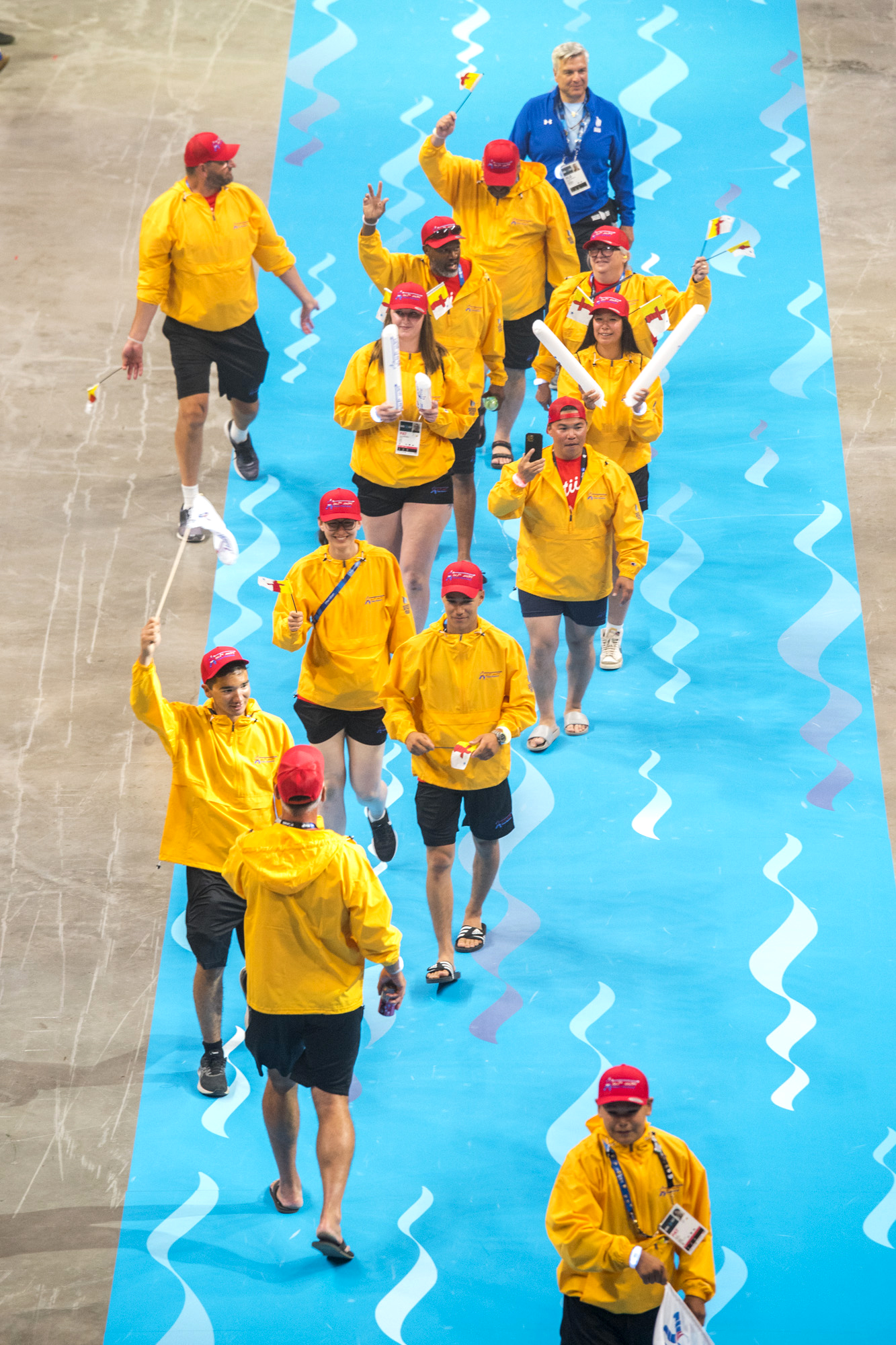 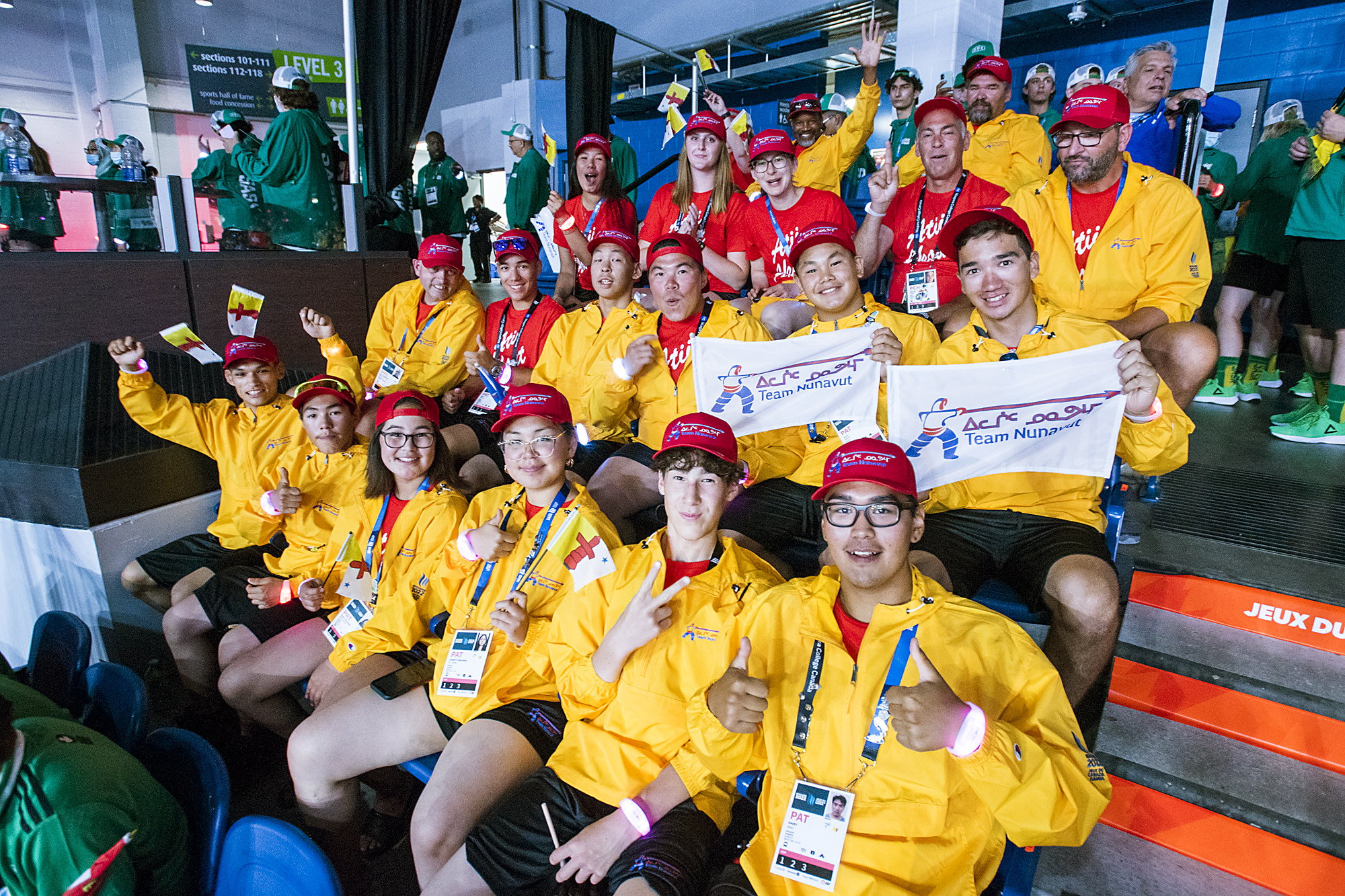 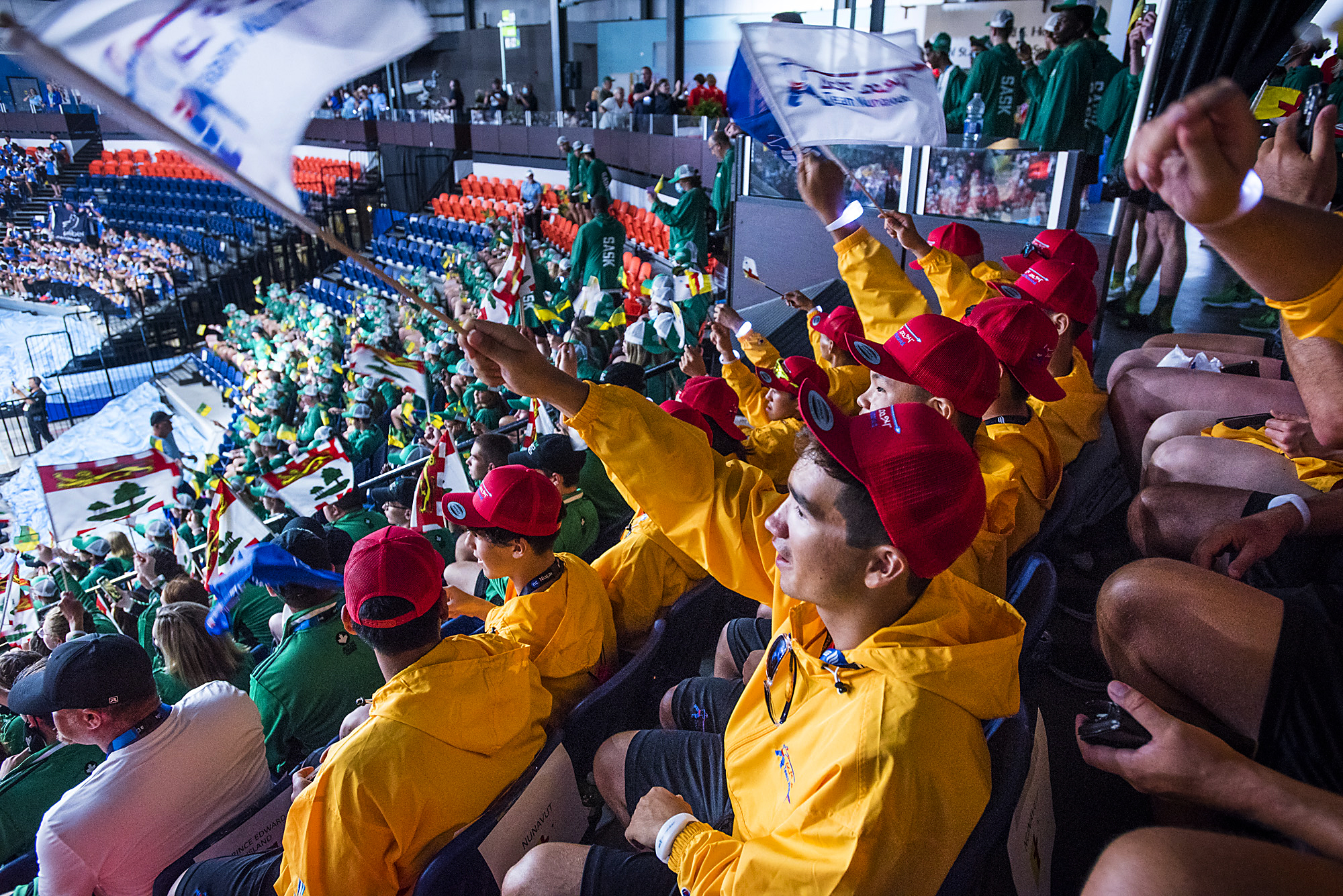 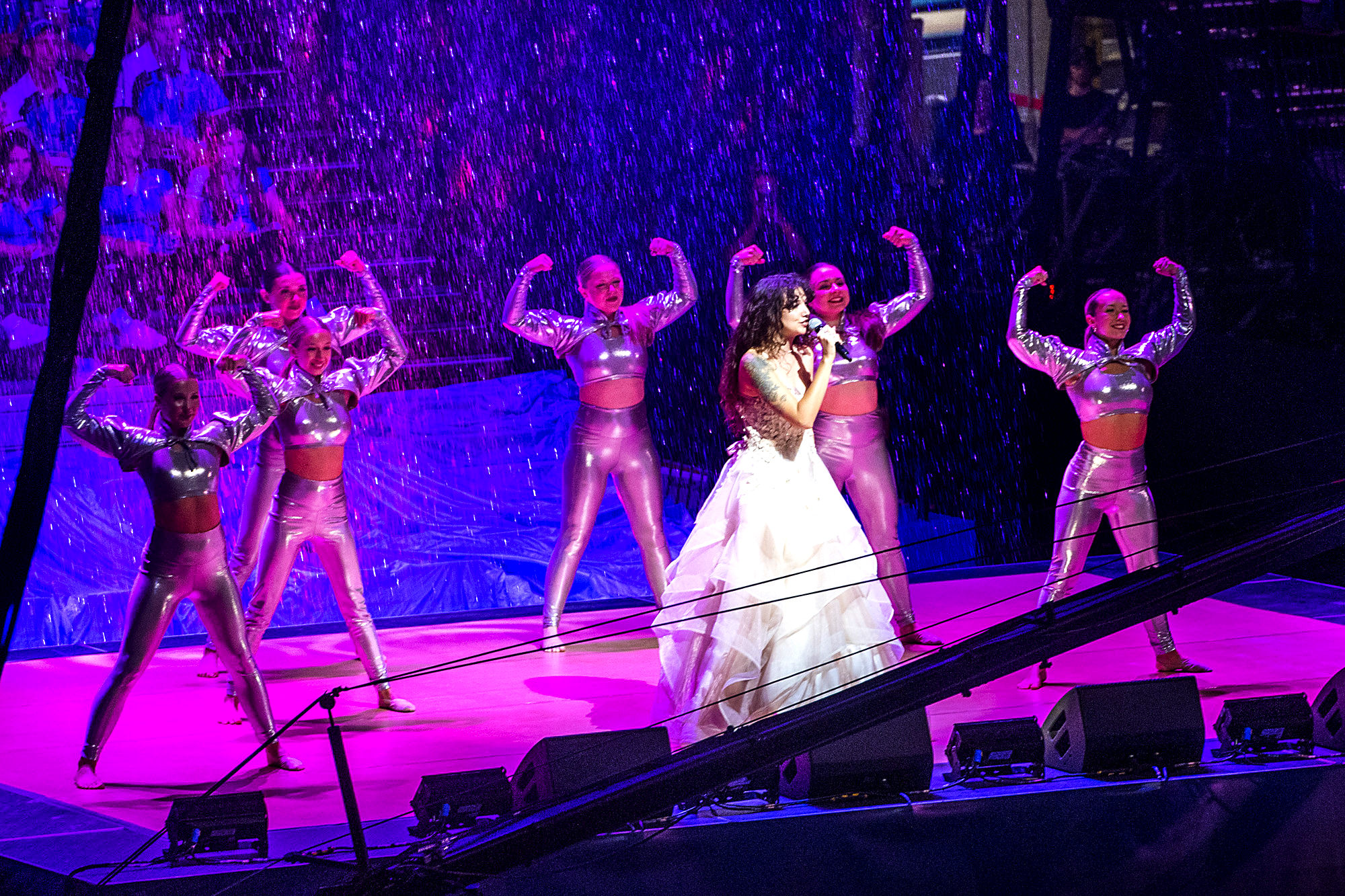 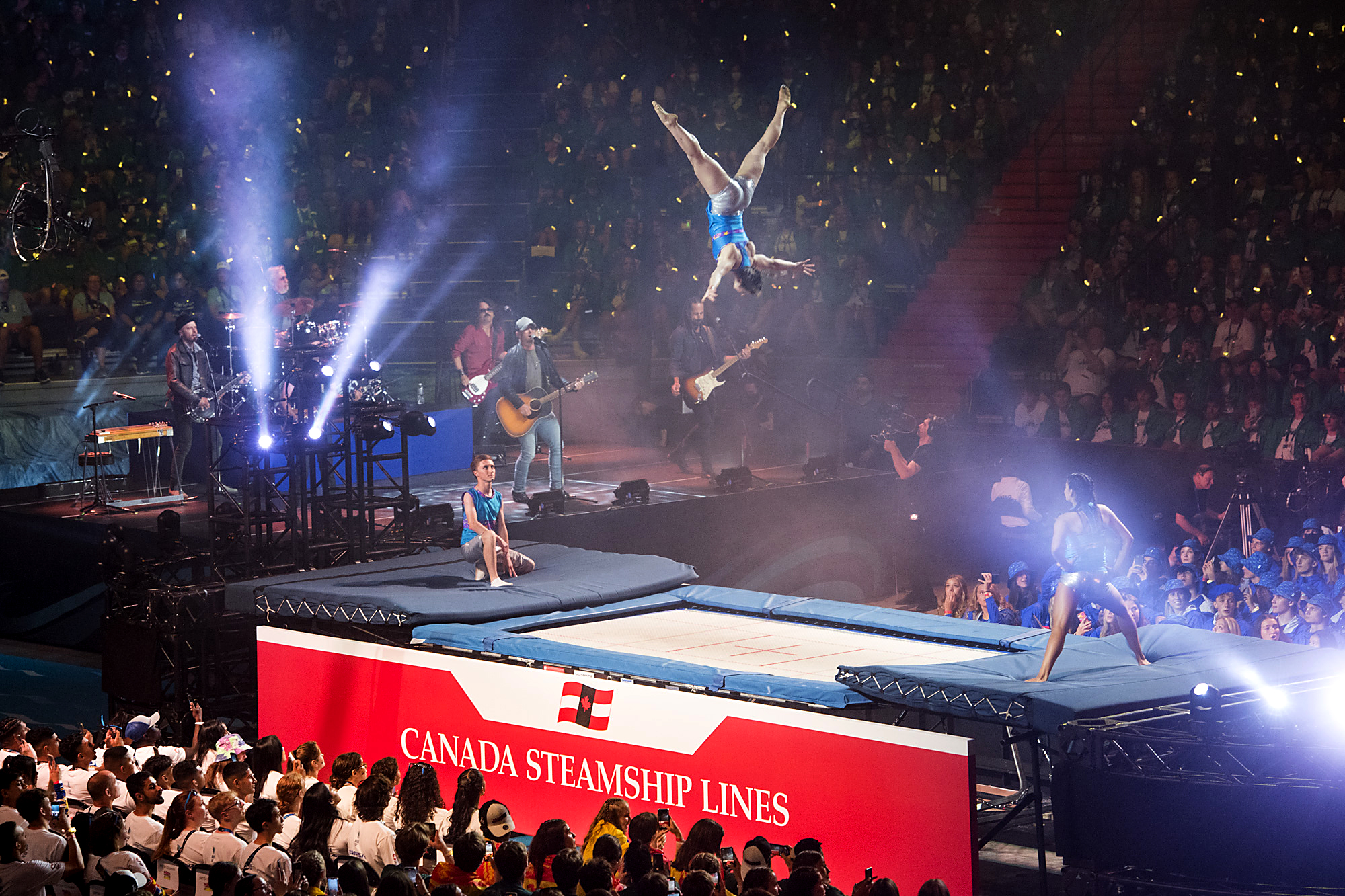 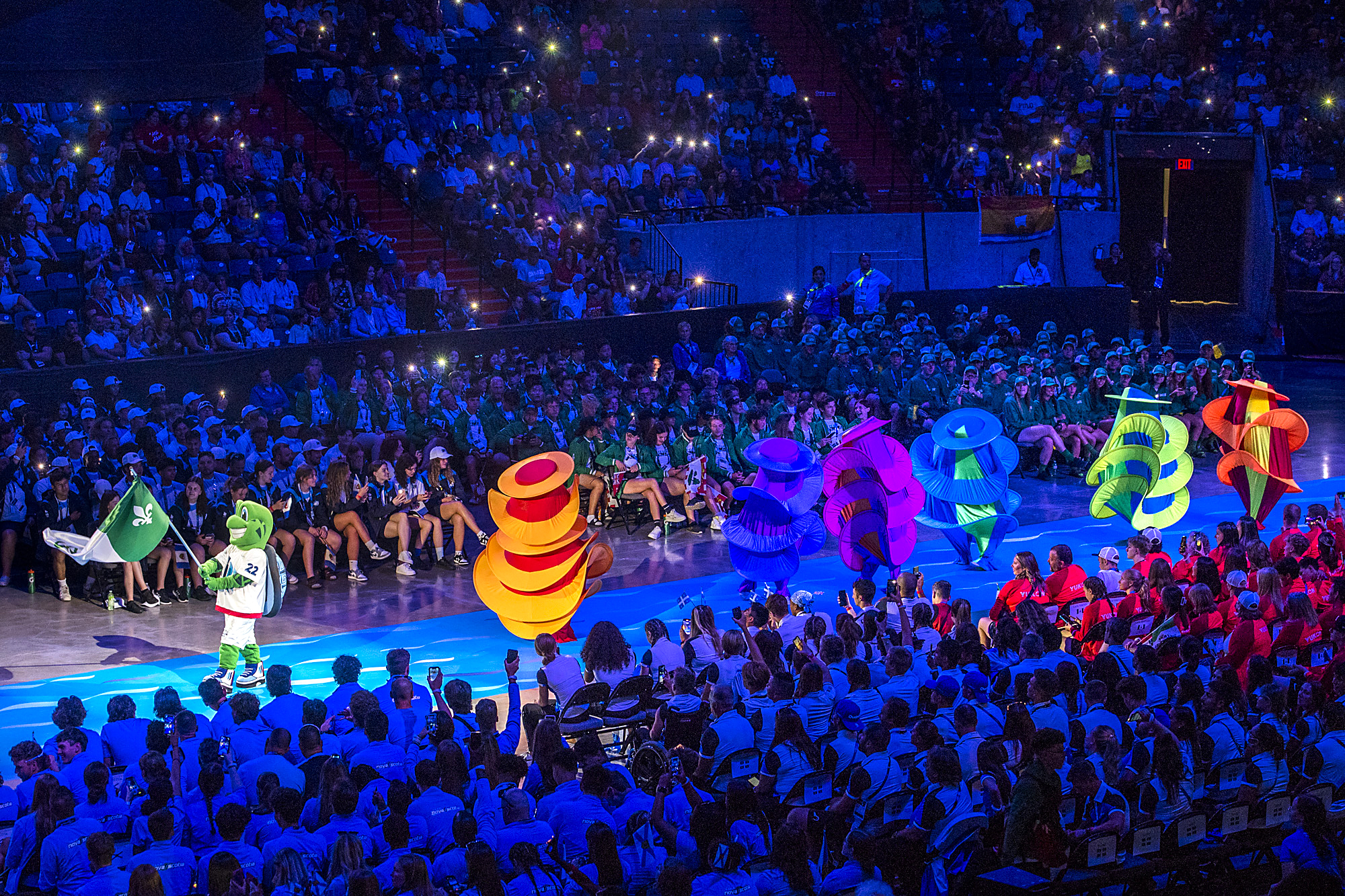 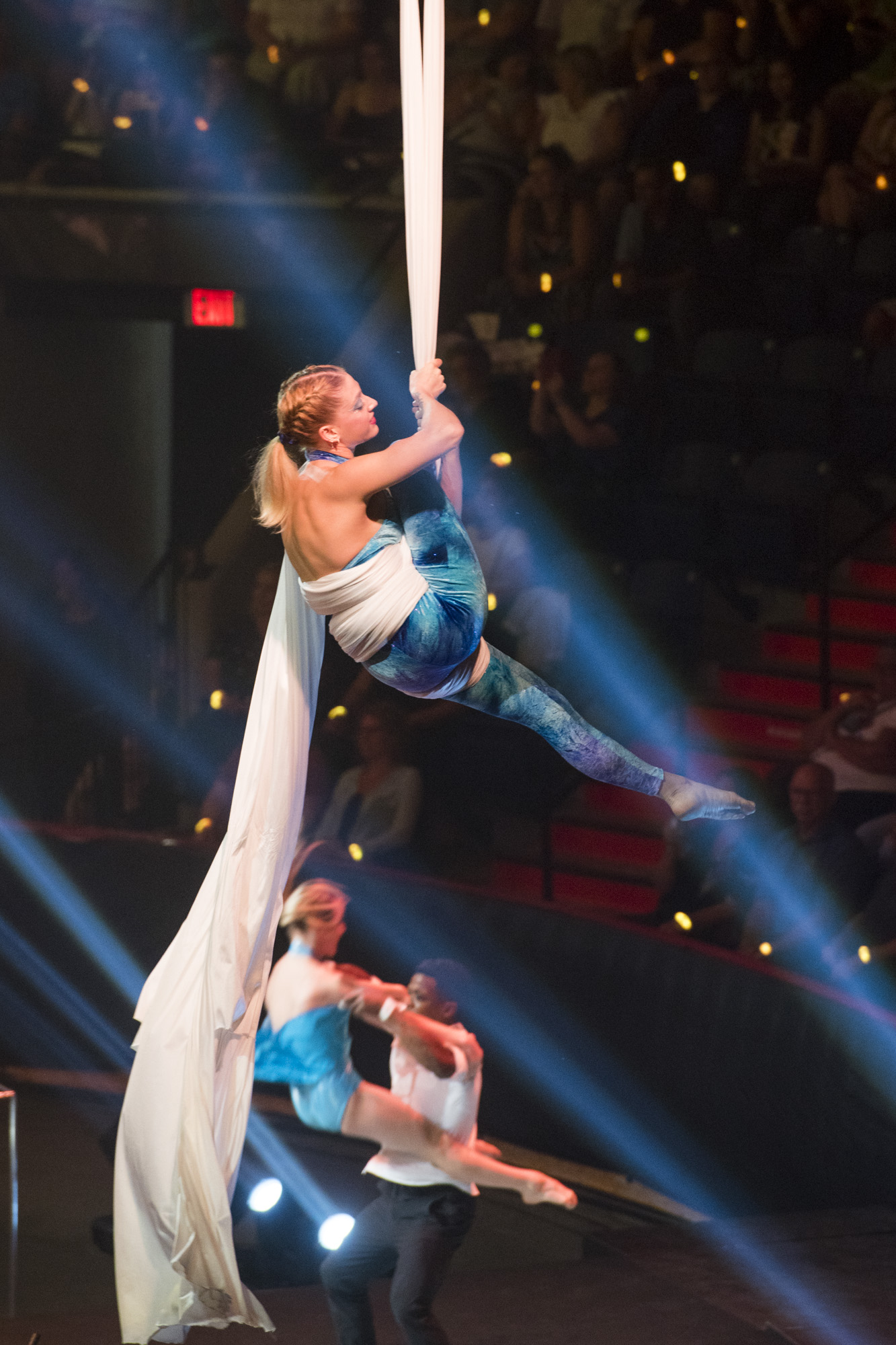 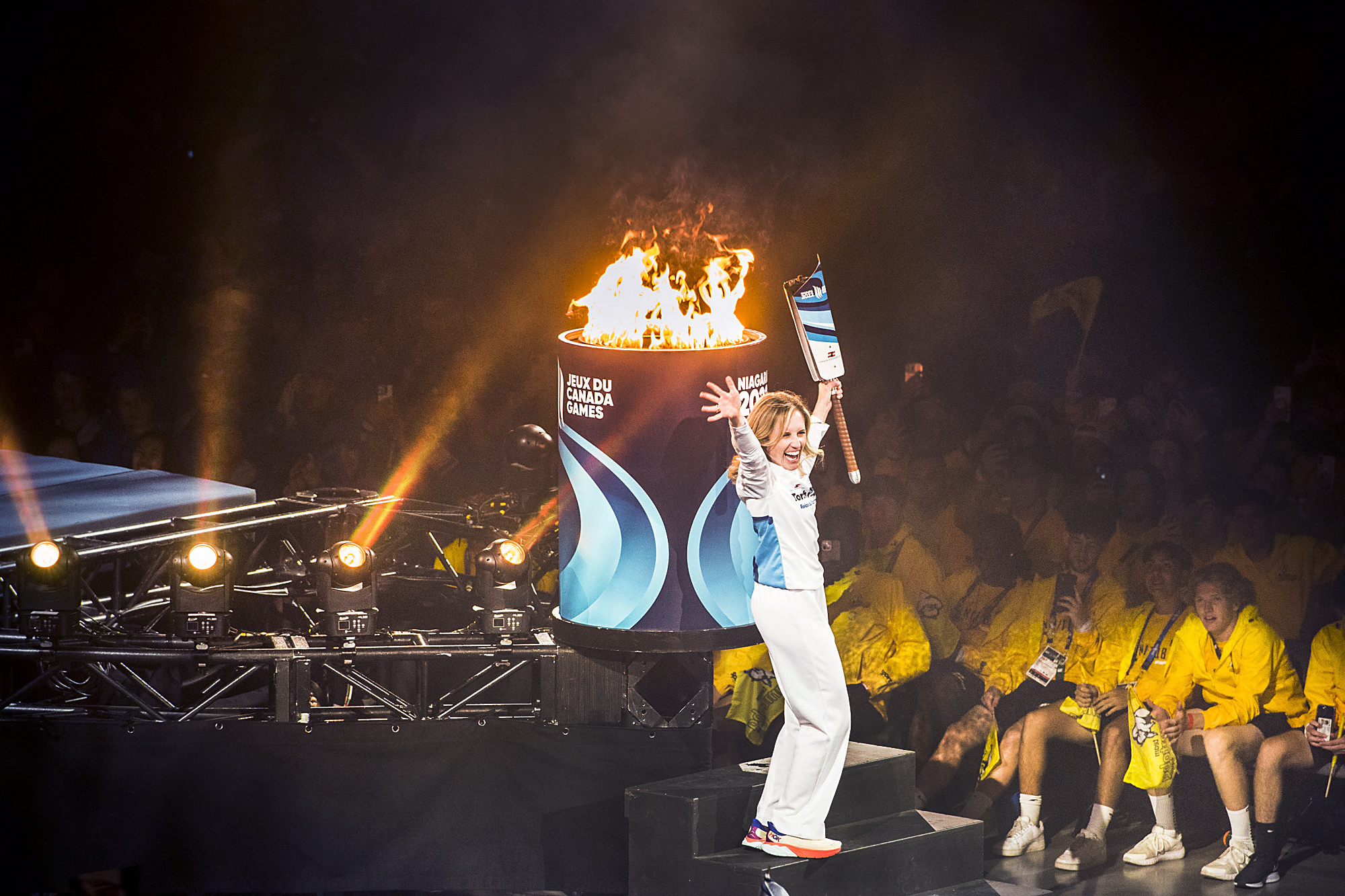 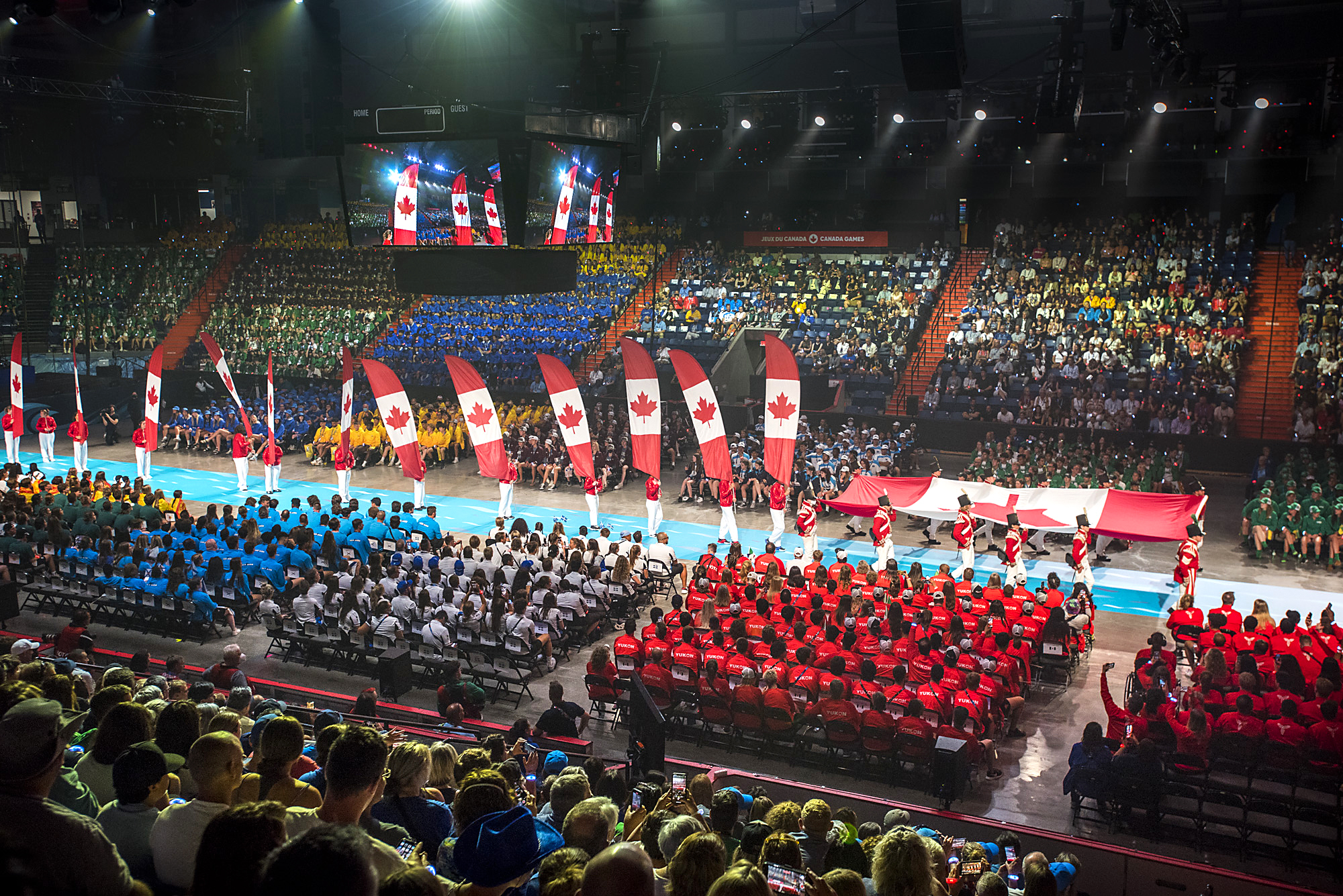 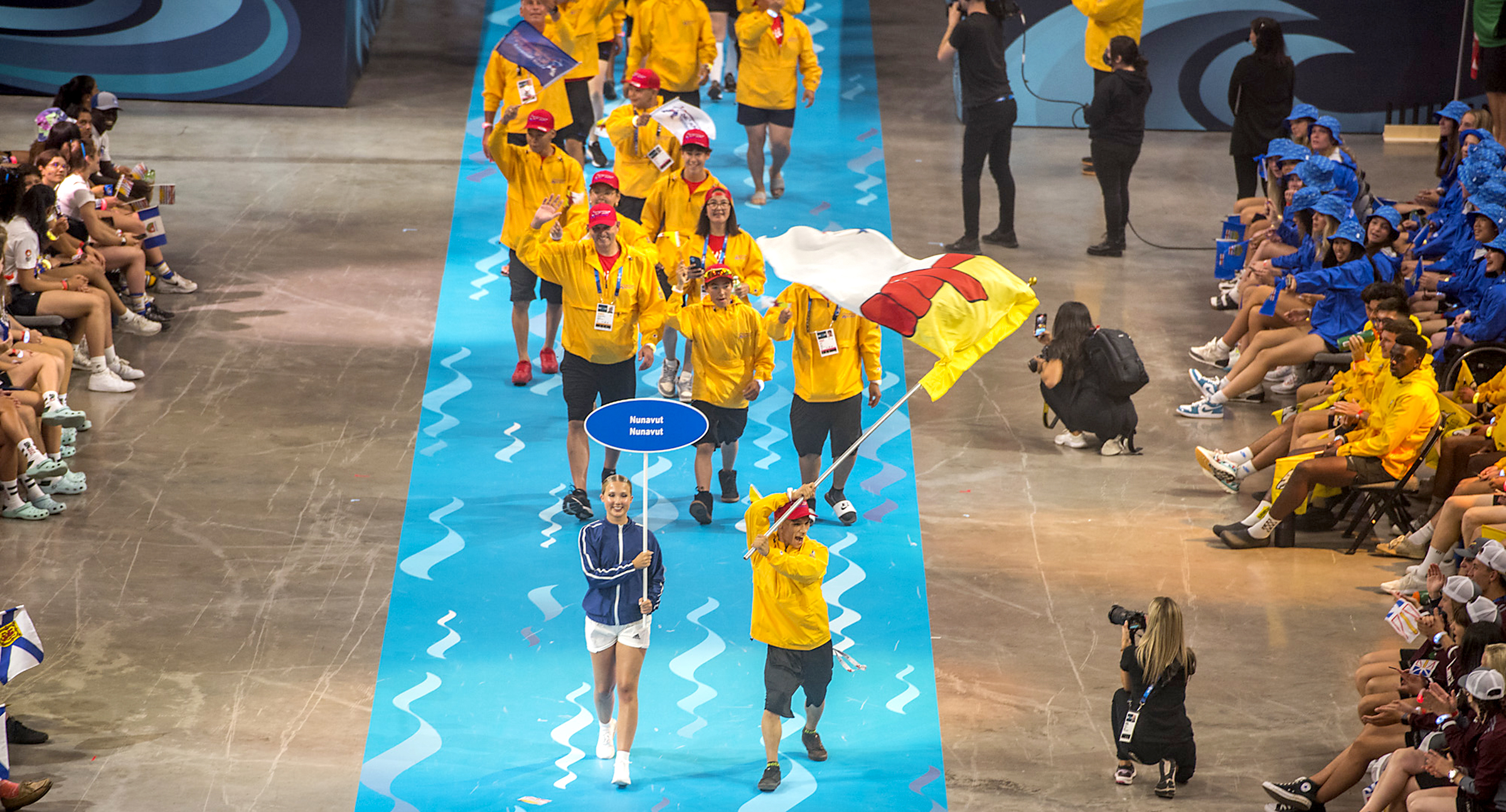