Building will have 18 units in Lower Iqaluit; committee gives its OK, sends proposal to city council 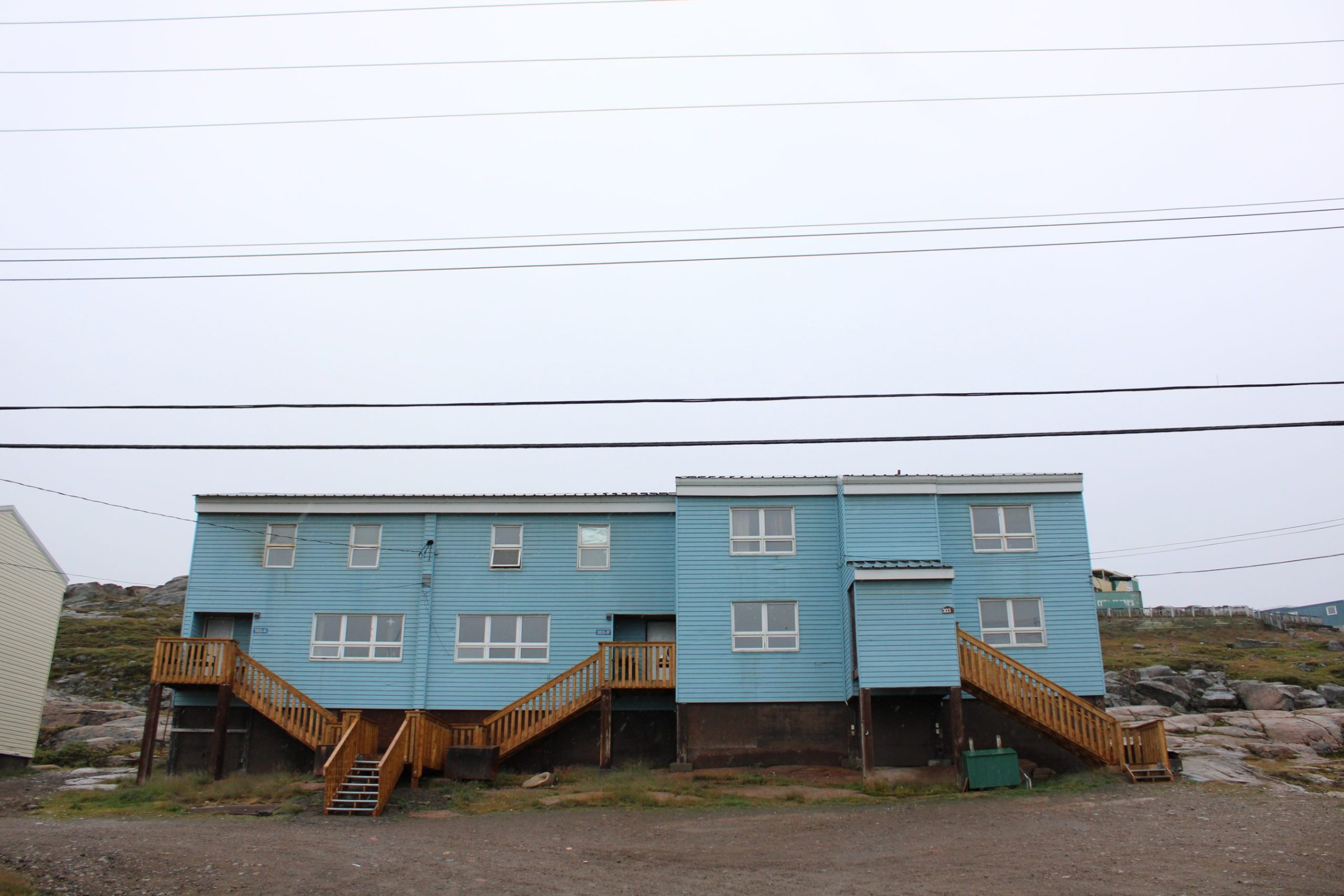 Nunavut Housing Corp. is planning on tearing down Building 303 in Lower Iqaluit and replacing it with an 18-unit building. (Photo by David Venn)

A proposal for an 18-unit Nunavut Housing Corp. building got the approval of a city committee Tuesday evening, sending the application to Iqaluit city council to consider next week.

The planning and development committee of the whole voted unanimously to recommend council approve the application for the building, which will provide social housing in Lower Iqaluit.

“We believe the benefits that the increase of 12 housing units on the site and the fact that all of them will be affordable public housing outweigh the drawbacks and challenges,” said city planner Samantha Toffolo during the meeting.

Building 303 will be torn down and this building will go up in its place. Its neighbour, Building 305, will remain, Toffolo said.

As proposed, it will include 12 one-bedroom units and six two-bedroom units. With NHC’s new building, there will be 24 units on the property.

The committee agreed to recommend exempting the building from four zoning rules, including allowing three fewer parking spaces than are normally required, a retaining wall that’s 0.3 metres higher and closer to the end of the lot, and a stacked row building that can be 10.8 metres tall instead of 10.5 metres tall.

The changes are necessary because of the slope of the land, Toffolo said.

In an email, NHC infrastructure director Juanie Pudluk said NHC is looking at construction starting next year. It may take 18 months to finish, depending on delays in the supply chain.

“I disagree with their findings that only 25 to 50 per cent of the spaces are used in other buildings. It’s just plain old not true,” he said, adding people use the spaces not only for cars, but also outdoor gear.

But because of the restrictions for this specific building, he voted in favour.

Coun. Simon Nattaq agreed, saying he doesn’t want to stop units being developed because that’s the priority, but adequate parking is still important.

“Due to the shortage of land in Iqaluit and many other communities … it becomes a trade-off between parking stalls versus apartment units,” Pudluk said, adding NHC tries to meet required parking spots when possible.

Mayor Kenny Bell said he supports the project, but wants NHC to look at coming up with others that won’t be allocated to social housing and ownership.

“There needs to be an affordable sector in there, or a mixed-income way of deciding what the rent will be for those units,” he said.

Bell said an option like this could help ease crowded living situations and stop pockets of social housing from being scattered around the city.

Pudluk agreed with Bell, saying the NHC is looking into it.

Stevenson and deputy Mayor Solomon Awa said they want to see a variety of apartment sizes, such as two-, three- and four-bedroom units.

“We’re putting families into units that aren’t big enough for those families and it creates problems,” Stevenson said.

Pudluk said during the meeting the current building proposal is “kind of an experiment” to see how much it costs.

As the NHC gets more comfortable with the design of the building, he said, it will look at changing the unit sizes.